The Johanna and Eduard Arnhold Square - A role model for today

The Johanna and Eduard Arnhold Square - A role model for today

To publicly commemorate the patronage of donor couple Johanna and Eduard Arnhold and the civic engagement of the Jewish bourgeoisie in Berlin, the project of a new Johanna and Eduard Arnhold Platz in the center of Berlin, initiated by Peter von Becker, was presented for the first time on Thursday, June 17: with the first drafts and statements for an artistic-urbanistic design by GRAFT founding partner Lars Krückeberg and the artists* Tatjana Doll, Julian Rosefeldt, Karin Sander.

Lars Krückeberg was 2018/2019 scholarship holder in the Villa Massimo in Rome, donated by the Arnhold couple to the German State, where he realized the project Relative Cosmos - Fragmented Oikos.

The aim of the newly founded Arnhold Initiative is to honor the outstanding couple Johanna and Eduard Arnhold and at the same time to commemorate a number of equally Jewish women and men who were associated with them and who once had a formative influence on public life in Berlin and beyond for the whole of Germany. Their names were erased by National Socialist barbarism from 1933 onward, and their life's achievements were mostly erased from public memory. They all lived in close proximity to one another in Berlin's former Tiergarten district and can serve as role models for civic engagement today.

Their names were erased by National Socialist barbarism from 1933 onward, their life's work mostly erased from public memory, their social class submerged - just like Berlin's former Tiergarten neighborhood. There, an unmistakable public memory for these former residents and patrons is still missing today. Only James Simon from that circle of Jewish citizens is now legitimately honored on the Museum Island with the new gallery named after him. But for the others there is no sign appropriate to their importance, long overdue. This empty space in Berlin's cultural memory must not be allowed to remain. For this reason, the Arnhold-Initiativkreis intends to work towards making a place in the Tiergartenviertel on the Kulturforum between the Gemäldegalerie, Mattheikirchplatz and the future Museum für die Kunst des 20. Jahrhunderts (Museum for the Art of the 20th Century), which up to now (as the so-called "Piazzetta") has appeared rather as a non-place in urban terms, into the "JOHANNA UND EDUARD ARNHOLD SQUARE". Simultaneously, not only the Arnhold couple, but also several other outstanding personalities from the neighborhood will there be commemorated.

For this purpose, the committee has invited the artists TATJANA DOLL, KARIN SANDER, LARS KRÜCKEBERG and JULIAN ROSEFELDT to develop initial sketches of proposals for a potential design of the "Johanna und Eduard Arnhold Square" and its immediate surroundings. These will be presented to the public in June 2021.As former Villa Massimo fellows and Rome Prize winners, the four invitees are connected to the legacy of Arnhold, the founder of Villa Massimo. Their proposals are intended as aesthetic and urbanistic contributions to the cultural memory as well as a bridge to the present: in Arnhold's sense and with a view to the museums, the Philharmonic Hall and St. Matthew's Church gathered here at the site.

A form of private-public partnership is proposed for the financing of the project as a public task of the state, the Land and civic commitment. The realization of all design ideas on the "JOHANNA UND EDUARD ARNHOLD PLATZ" should have taken place no later than the 100th anniversary of Eduard Arnhold's passing on August 10, 2025.

This initiative is supported by

The Arnhold-Garden and the Meridian of Tiergarten Quarter

Basically nothing has survived of the Arnholds' great civic commitment, their exemplary support of modern art, and the places where they worked. The memory of the Arnholds has been virtually erased. Only the Villa Massimo in Rome, with its wonderful garden and studio houses generously donated by the Arnholds to the German state and its artists, is more alive than ever. The motif of a giardino pensile, which forms a home for mental spaces, is still today a kind of image of longing that is well known to the Germans and that made not only the Arnholds become seekers in the South.

The German Academy in Rome is the only surviving work of the Arnholds. To refer to this living place in Rome, we propose to cut and transport a section of this garden into the Kulturforum. In a kind of mental archeology we discover a piece of Villa Massimo on Berlin's Kulturform. A place of tranquility and contemplation that points beyond itself is created exactly where the memory of the Arnholds' home and work has disappeared - illuminated by the same sun that stands over Rome and Berlin.

The idea of light and the forgotten life cycles of the German-Jewish bourgeoisie in the Tiergarten quarter extends the motif of a hortus conclusus with that of a meaningful meridian. The latter, however, is supposed to act by light and not by shadow and, by displaying the day, to animate above all forgotten times. The point of light of a catoptric mirror gnomon in the garden will thus touch the meridian at noon throughout the year and here illuminate birthdays or important events from the lives of significant people from the Tiergarten quarter, a kind of recurring spotlight on forgotten history and stories. This will be exemplified near the summer solstice: just before the sunspot turns around on June 21, it will illuminate for 4 days a plaque/relief/memorial of the Arnholds who had birthdays on June 10 (Eduard) and 14 (Johanna). At this place the meridian and its light connects with the garden.

Thus a light, time and space relationship between the Arnholds and other protagonists of the disappeared Jewish life in this place is created: the meridian of the Tiergarten quarter and the Arnholds' garden.

After visiting professorships at Hafen City University Hamburg as well as RWTH Aachen, Lars Krückeberg held a visiting professorship at TU Delft in 2017/18. In 1998 Lars Krückeberg founded the office GRAFT Architects in Berlin together with Wolfram Putz and Thomas Willemeit. GRAFT has since won numerous international awards. GRAFT now employs around 150 architects and designers worldwide.

2009 founded GRAFT and Andreas Spiess founded Solarkiosk AG, whose subsidiaries are now located in ten countries. With GRAFT Brandlab, Lars Krückeberg, Wolfram Putz and Thomas Willemeit, together with Linda Stannieder, founded a communications agency in 2014 that operates at the interface between architecture, design and branding. Together with three other companies from the project development and communications sector, GRAFT founded Heimat2 in 2015, which offers sustainable housing complexes in modular and system construction for the rapid construction of refugee accommodation.

Together with Marianne Birthler, Lars Krückeberg, Wolfram Putz and Thomas Willemeit curated the German Pavilion at the 2018 Venice Architecture Biennale with the project "Unbuilding Walls." Prior to that, Krückeberg curated several exhibitions in Berlin, Hamburg, Munich, New York, Karlsruhe, Los Angeles, and Riga, among others. In 2018/19, Lars Krückeberg was a fellow and award winner at the German Academy Villa Massimo in Rome. Krückeberg's proposals for a design of the "johanna und eduard arnhold platz" on the Kulturforum in Berlin-Tiergarten build a motivic bridge between Berlin and Italy, in the spirit of the Arnhold couple, who were also involved in Florence and Rome. Wolfram Putz and Thomas Willemeit collaborated on its design. 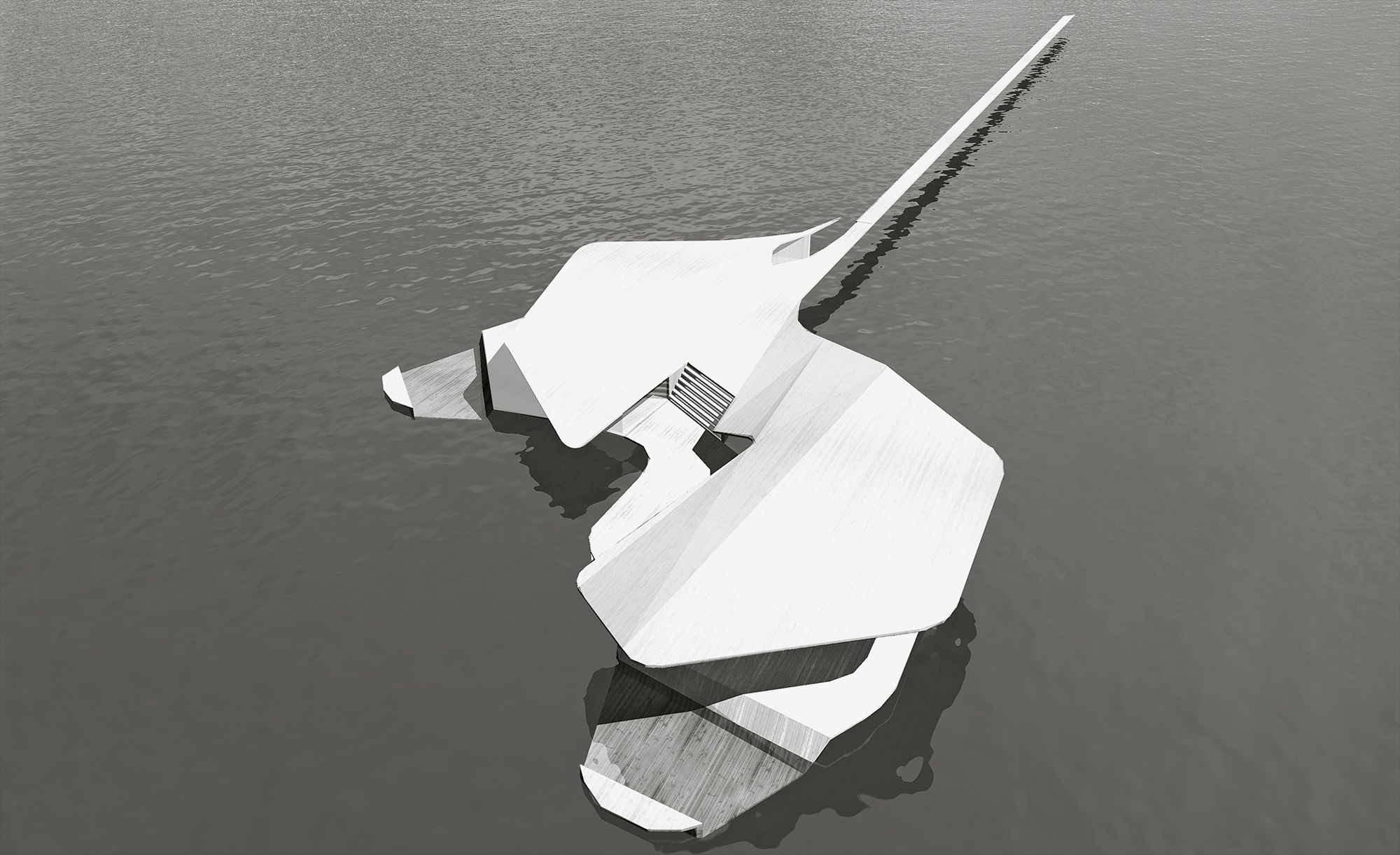 Stories are the Social Currency of the World 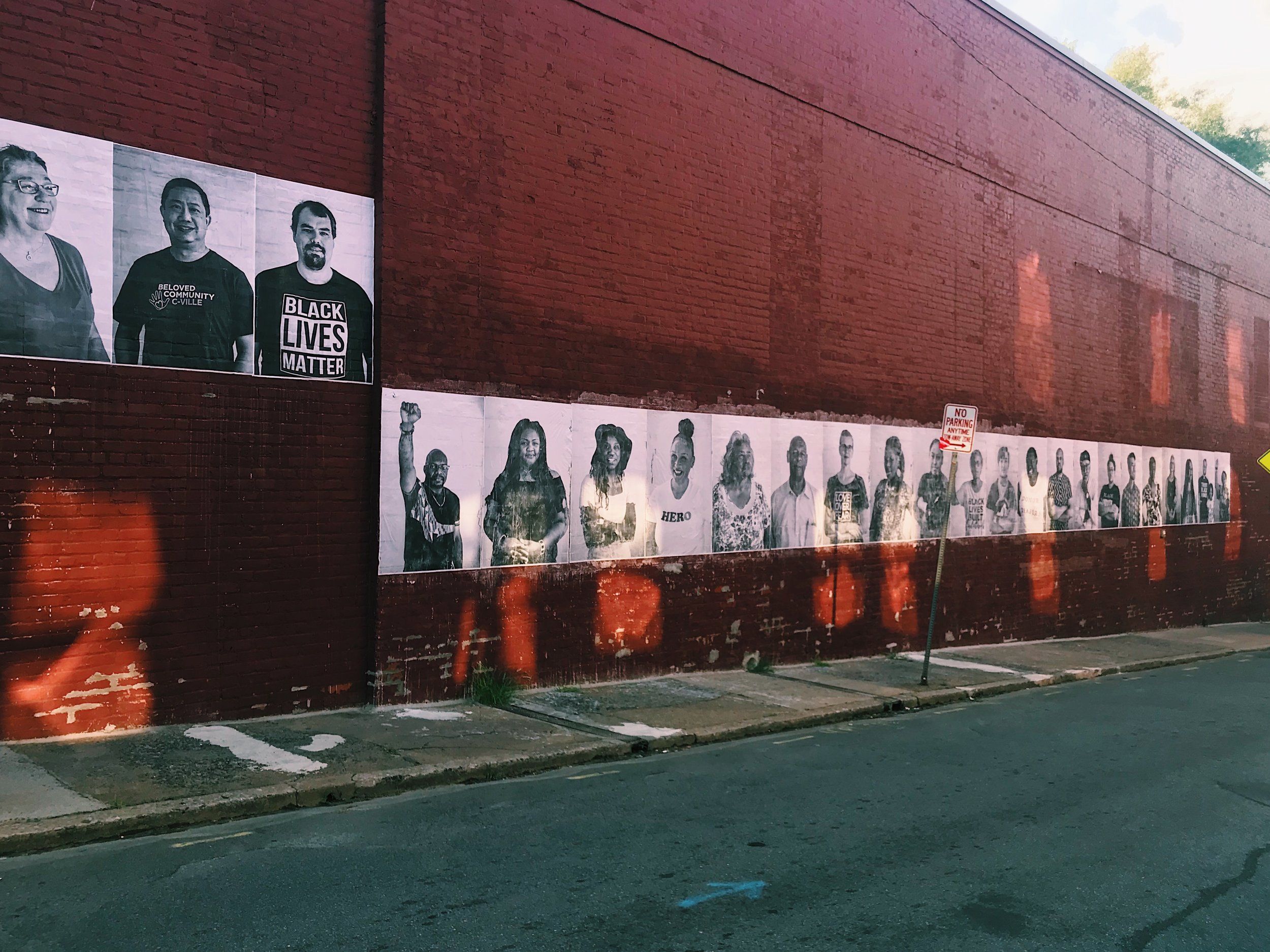