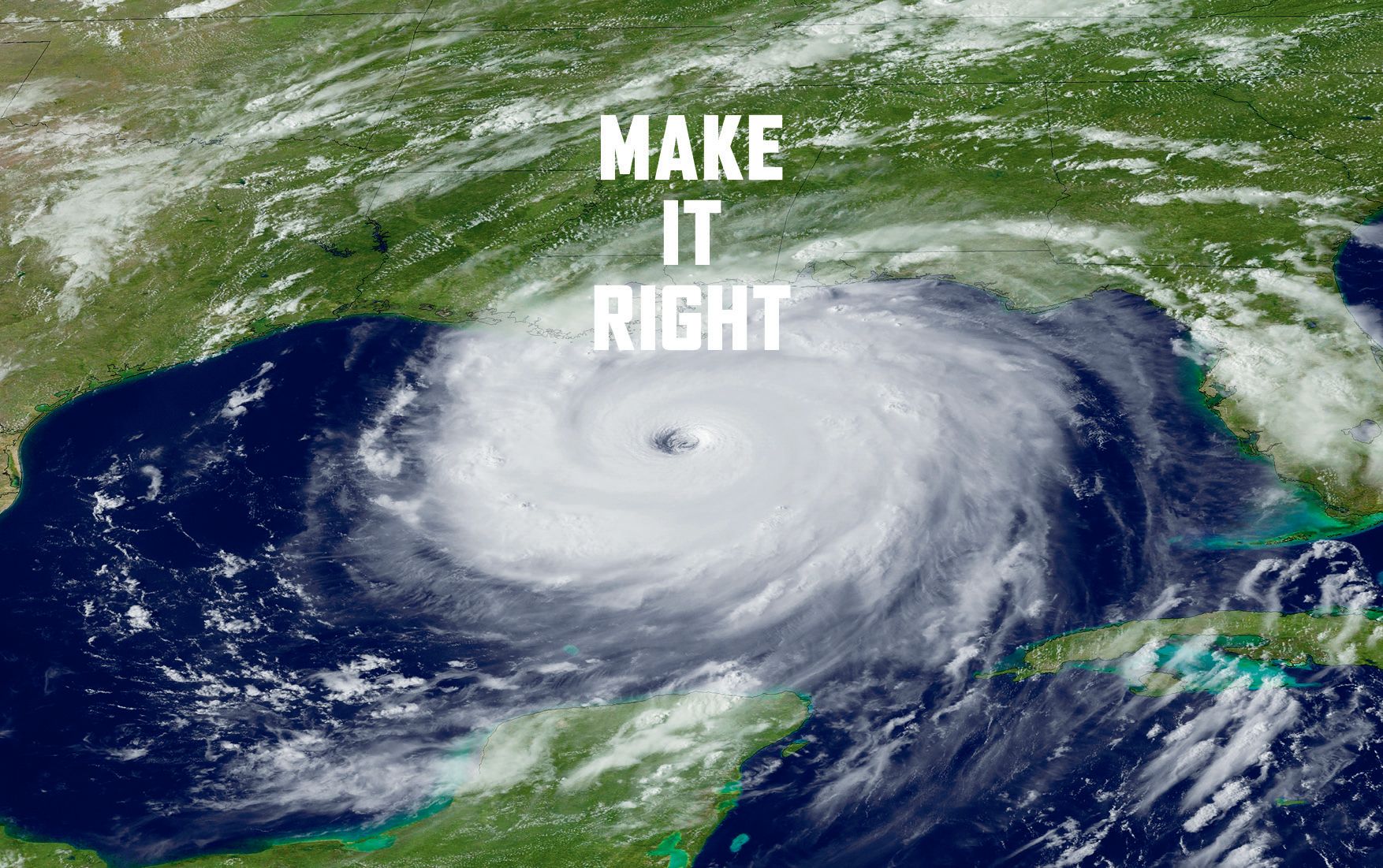 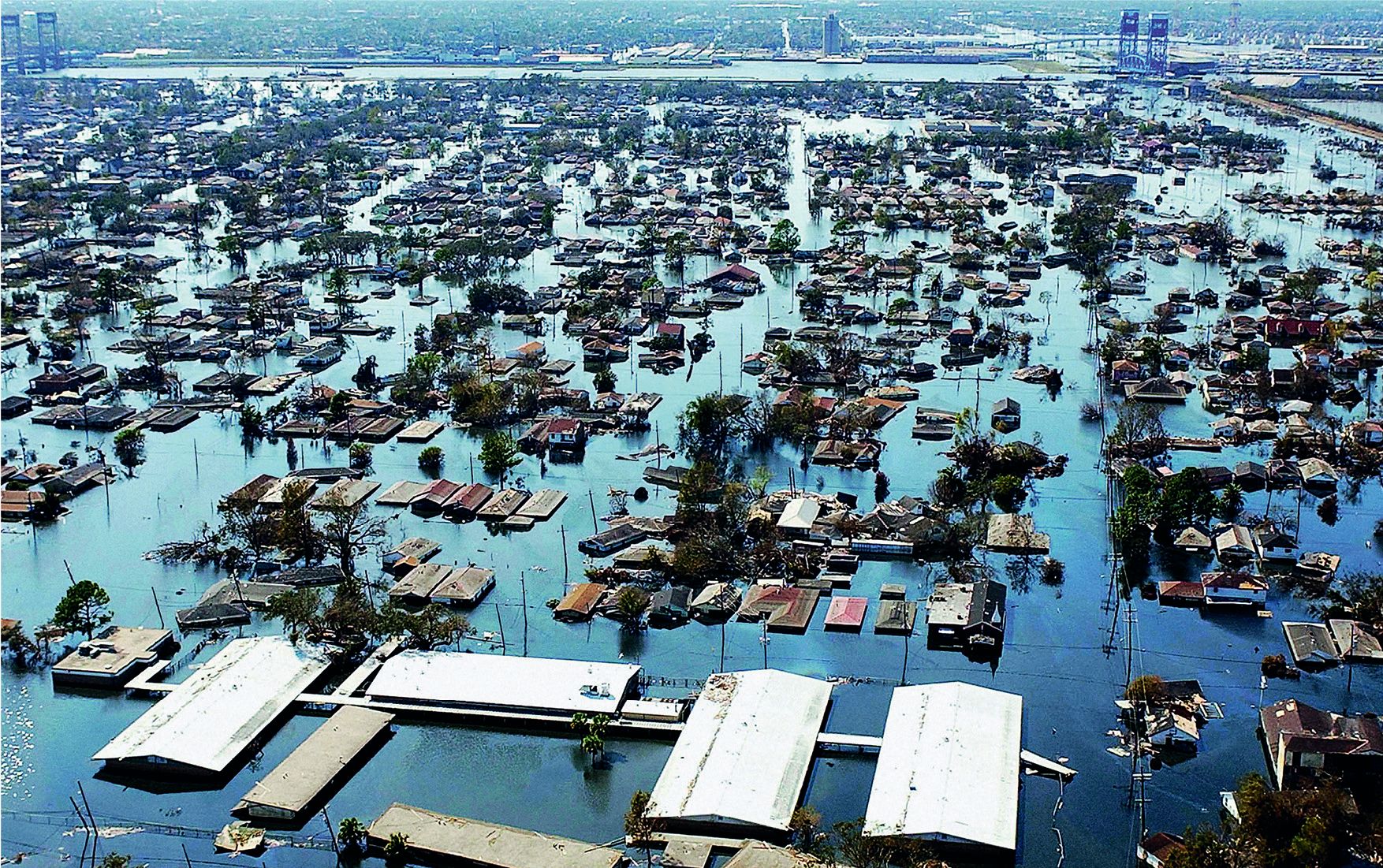 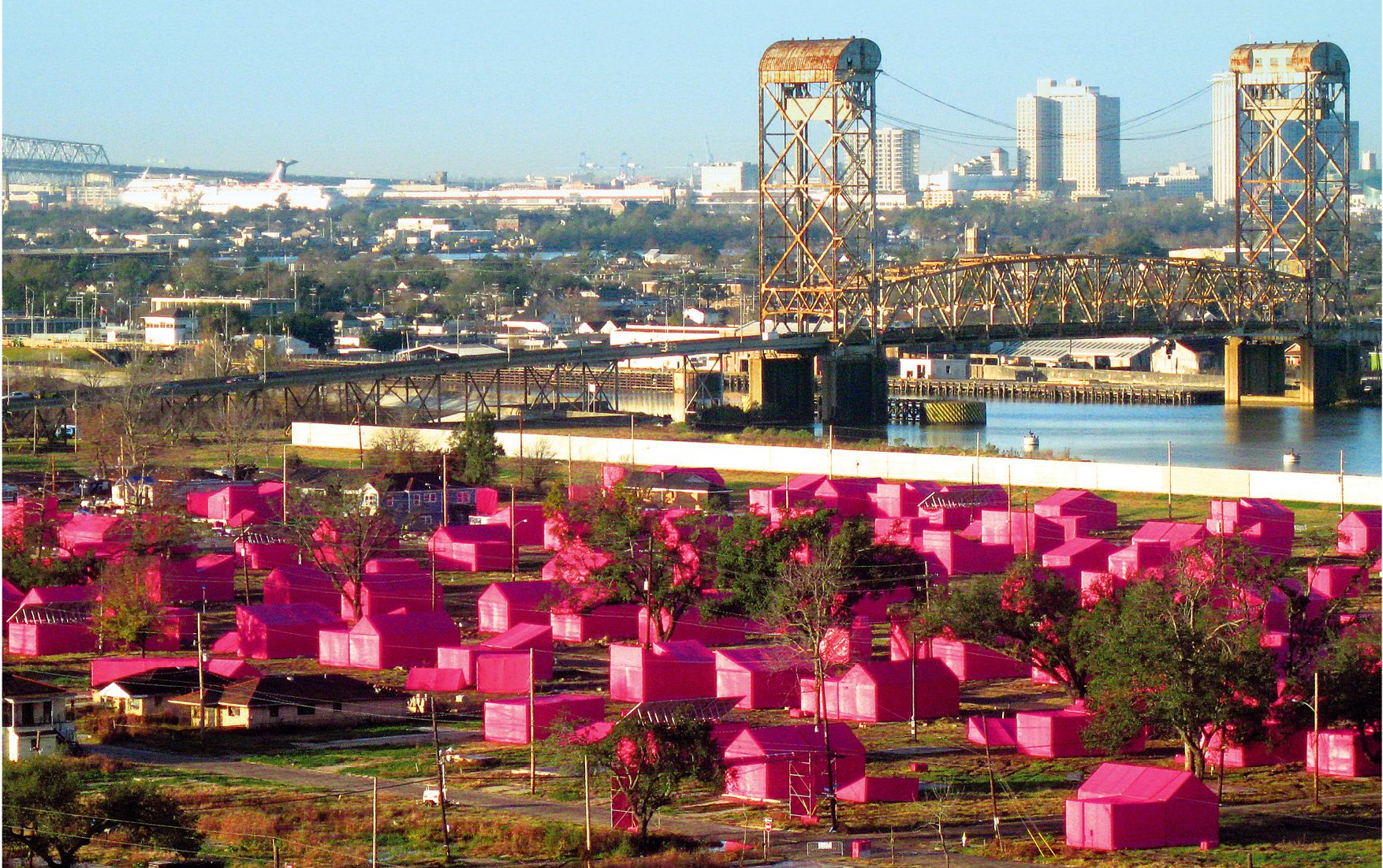 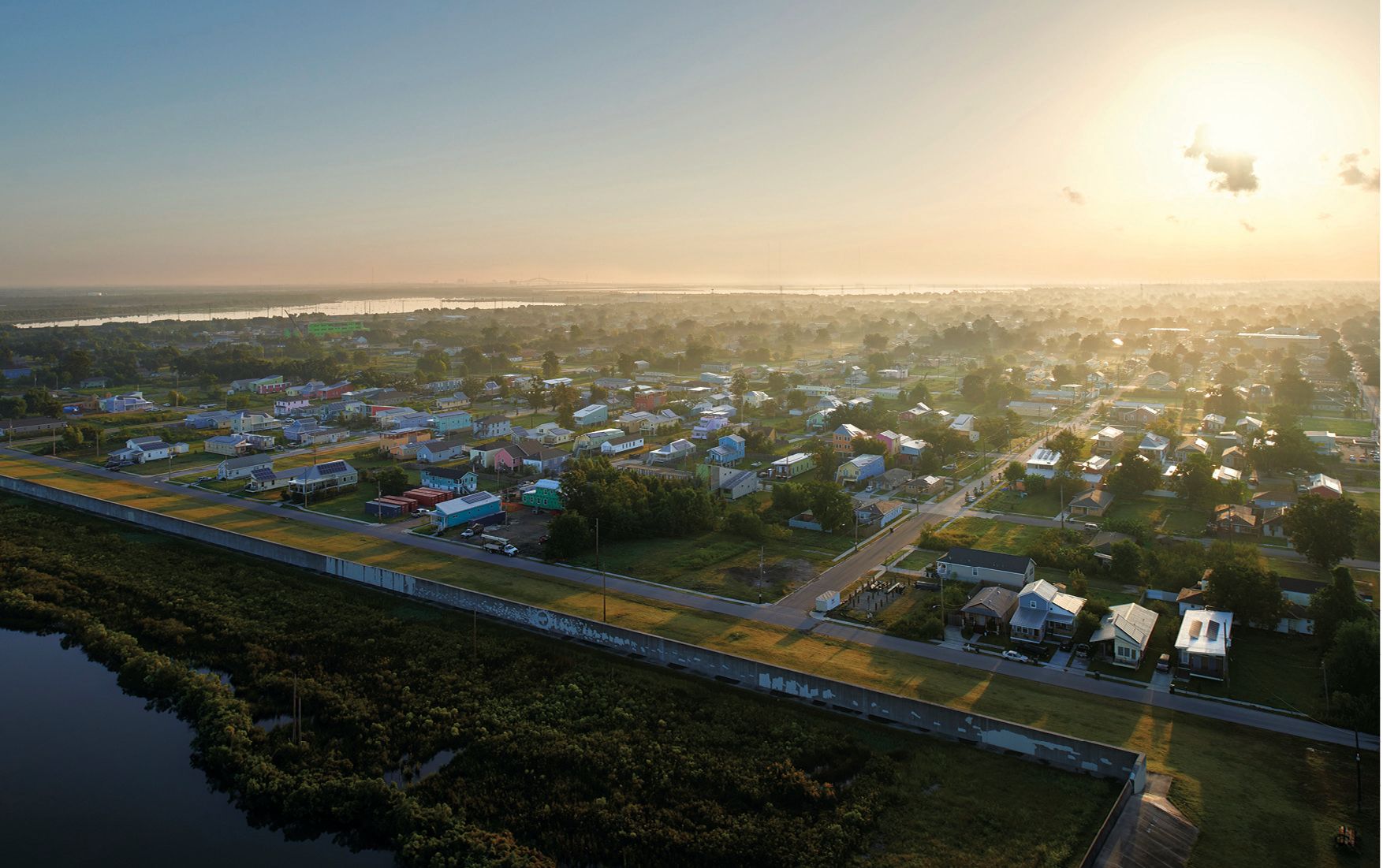 Hurricane Katrina, which hit the Gulf Coast in 2005, was one of the deadliest hurricanes in the US, and the costliest disaster in the world so far. The entire district of the Lower 9th Ward in New Orleans lies below sea level and was completely destroyed and its population displaced. A year after the catastrophe, nothing had been done and residents could not return to rebuild their homes and neighborhoods. Brad Pitt visited the area while shooting a movie and decided something had to be done.

In 2007 GRAFT started the “Make It Right Foundation” together with Brad Pitt, Bill McDonough, and the Cherokee Foundation, to rebuild the Lower 9th Ward.

In order to raise funds and create awareness, the foundation designed the Pink Project to officially launch the rebuilding efforts and prepare the first financing after Brad Pitt’s initial donation. Merging set design and architecture into a single powerful tool, 150 pink houses were erected on the empty land that 2 years after the floods still dominated the area.

Over time, as monetary donations came in, the pink placeholders were reassembled to resurrect the urban patterns of the community before the disaster. Over the course of many months, Pitt, GRAFT, and the other parties involved met with former homeowners and local community leaders. 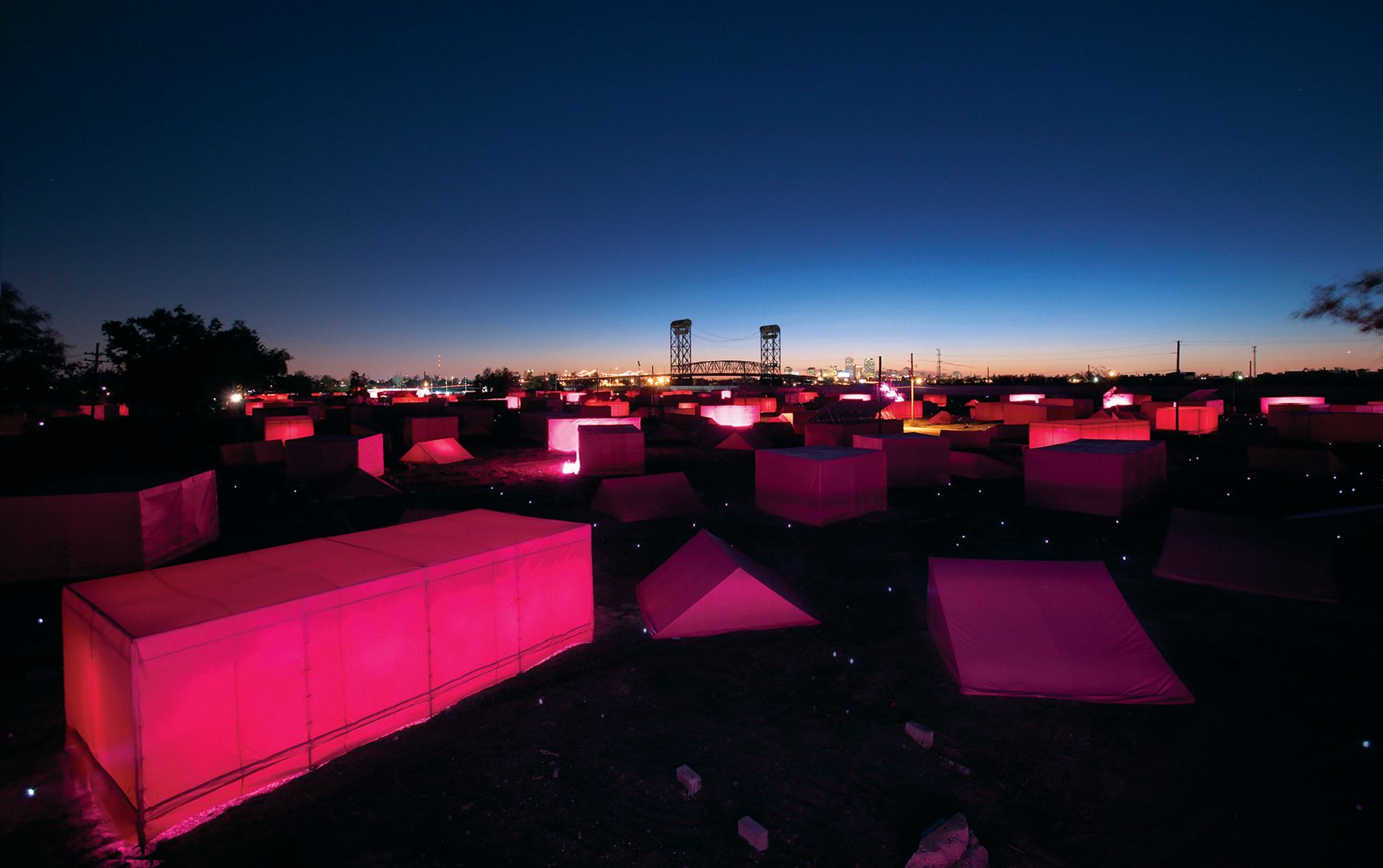 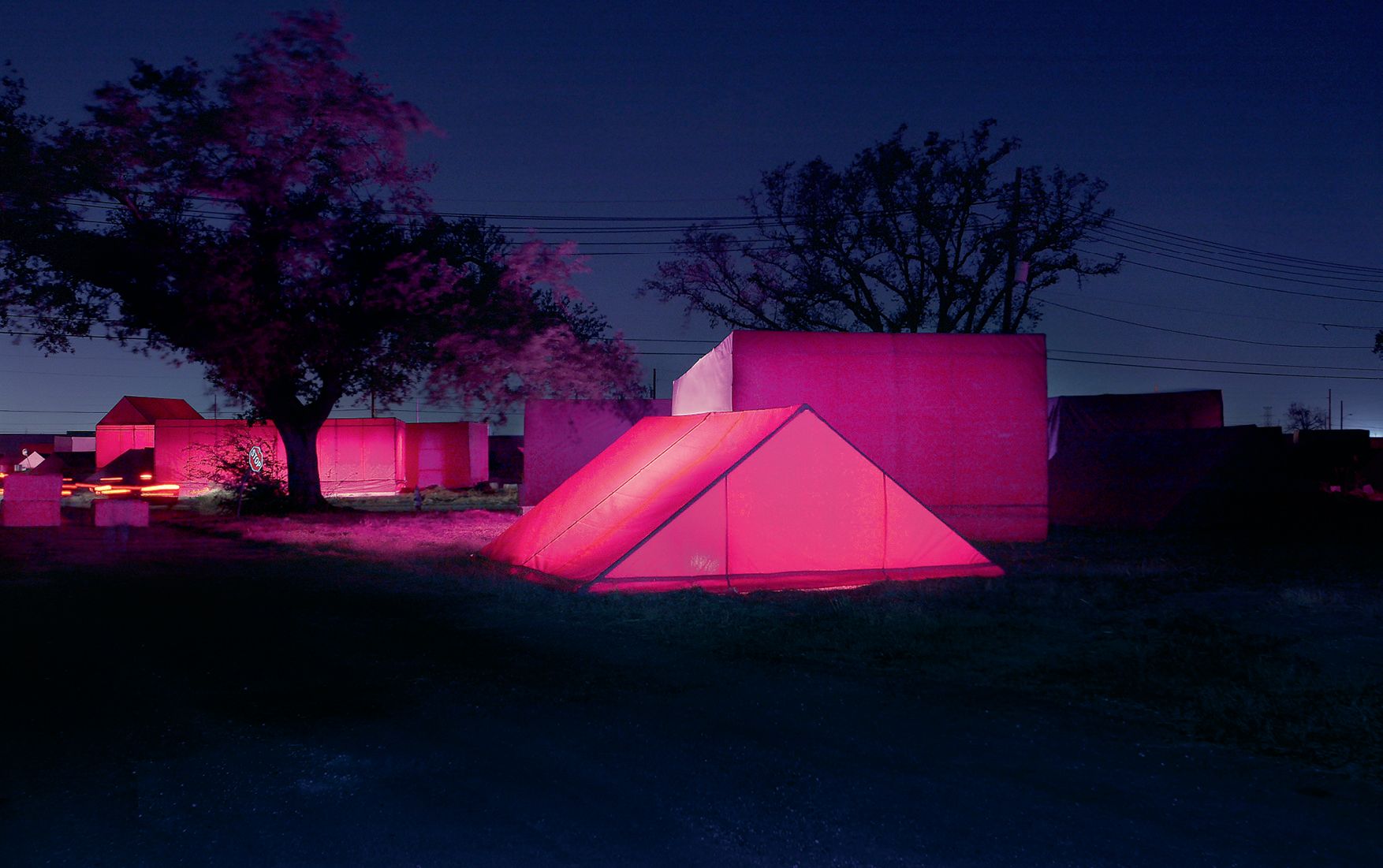 GRAFT took on the role of an architectural curator on the board of MIR and invited a group of 21 architects to create a range of architectural solutions. 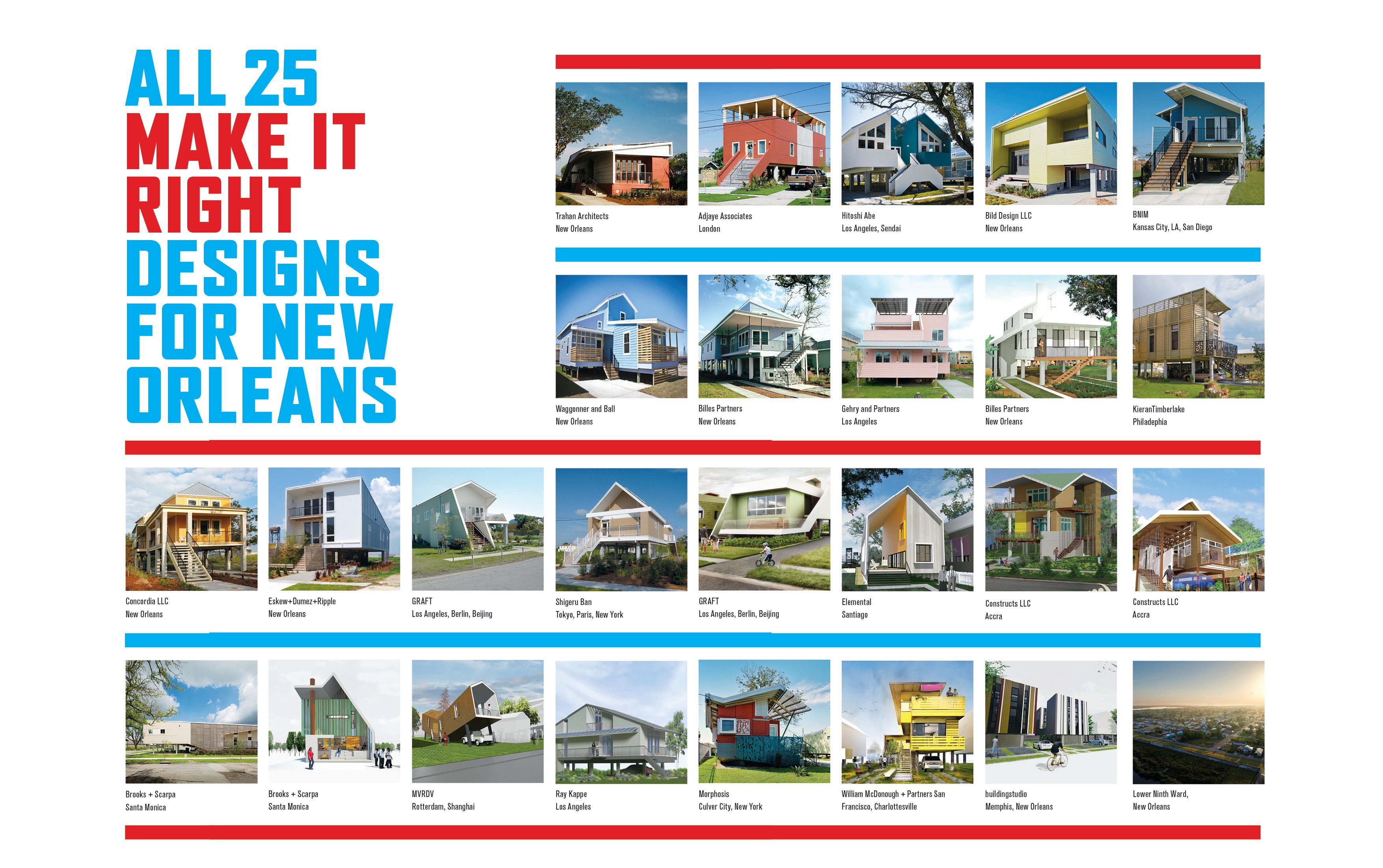 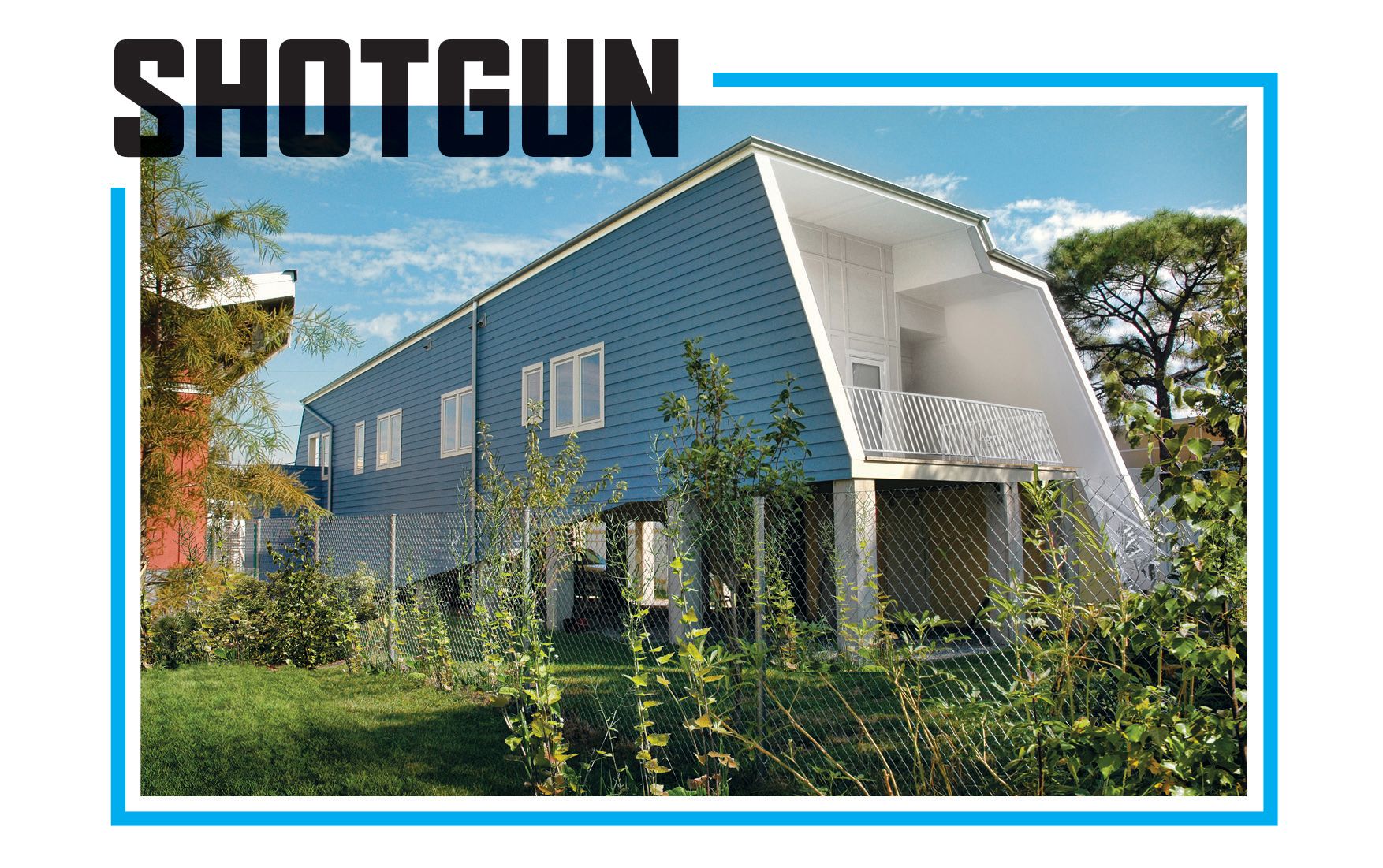 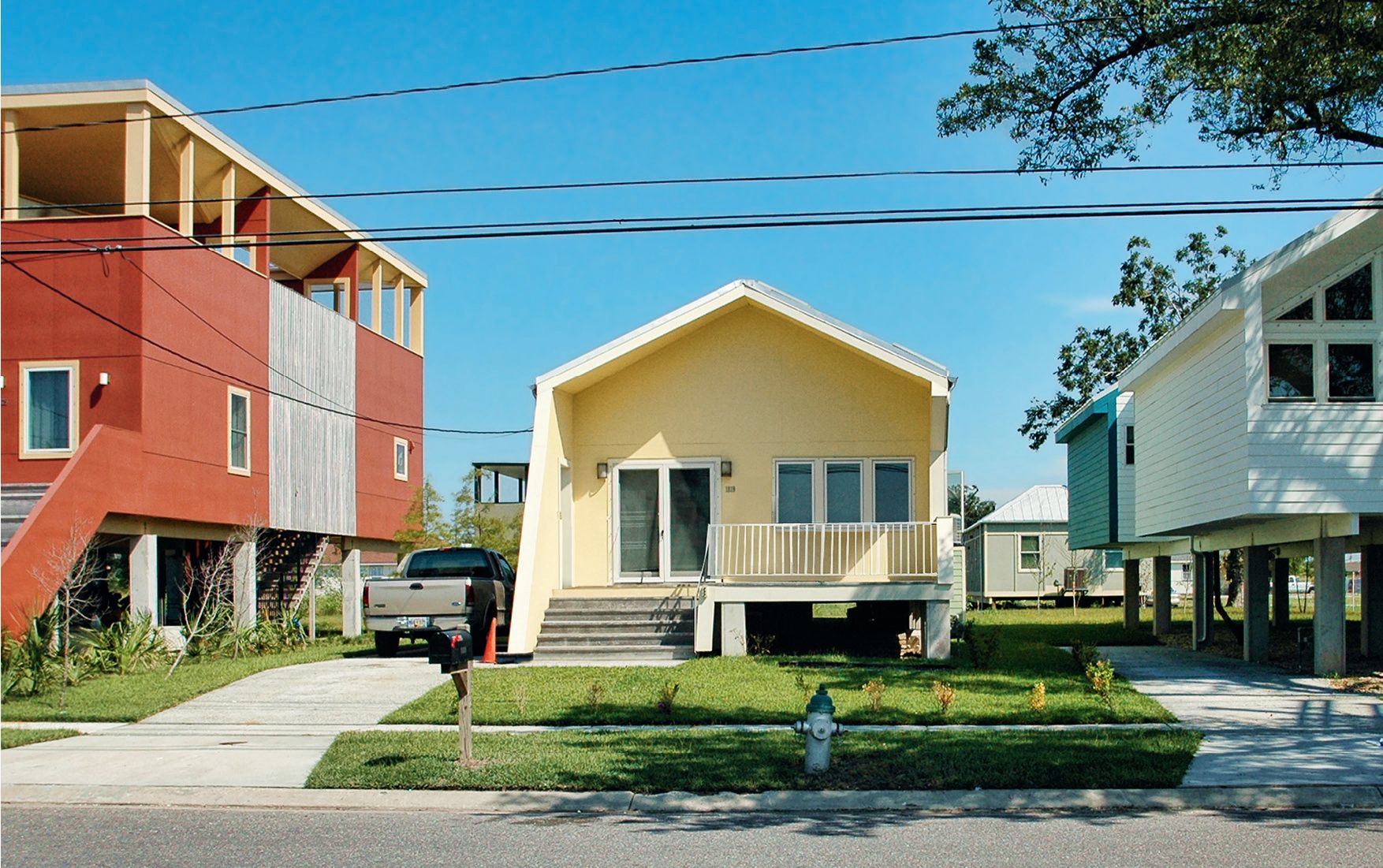 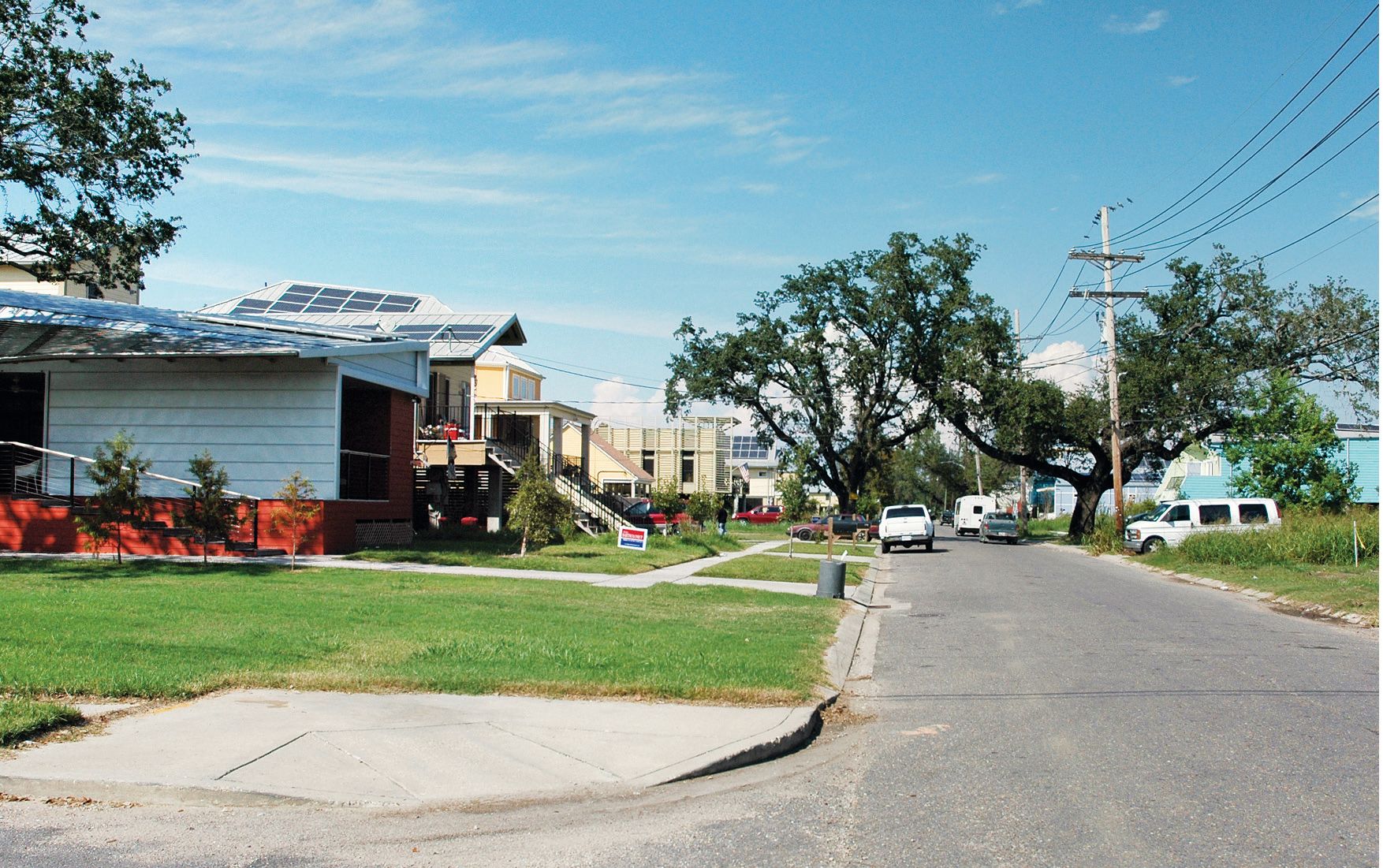 This and other efforts contributed to reducing energy demand, lowering monthly utility costs from up to US$ 300 before Katrina to only US$ 25. Make It Right designed a catalog of houses with diverse styles but similar floor spaces and prices. The residents could then choose the house they wanted.

All architects volunteered their time and designs for the community to create a sustainable, climate-responsive and diverse neighborhood.

To date, more than 100 homes have been built, all of which have earned LEED Platinum status, making it the largest community in the USA with this certificate. More than 350 people now live in Make It Right homes.

Expand the vision: Much has been learned from the process of rebuilding the Lower 9th Ward in New Orleans. Many new methods have been developed, networks created, and lives changed. Brad Pitt decided to take this knowledge and know-how and expand the vision. It is easier to raise funds after a natural disaster like Hurricane Katrina than it is for other, similarly devastating situations that have destroyed people’s homes and lives. Such events are less visually prominent on television and the Internet, but they still deserve the same attention and efforts to help. Consequently, three further projects have since been launched. 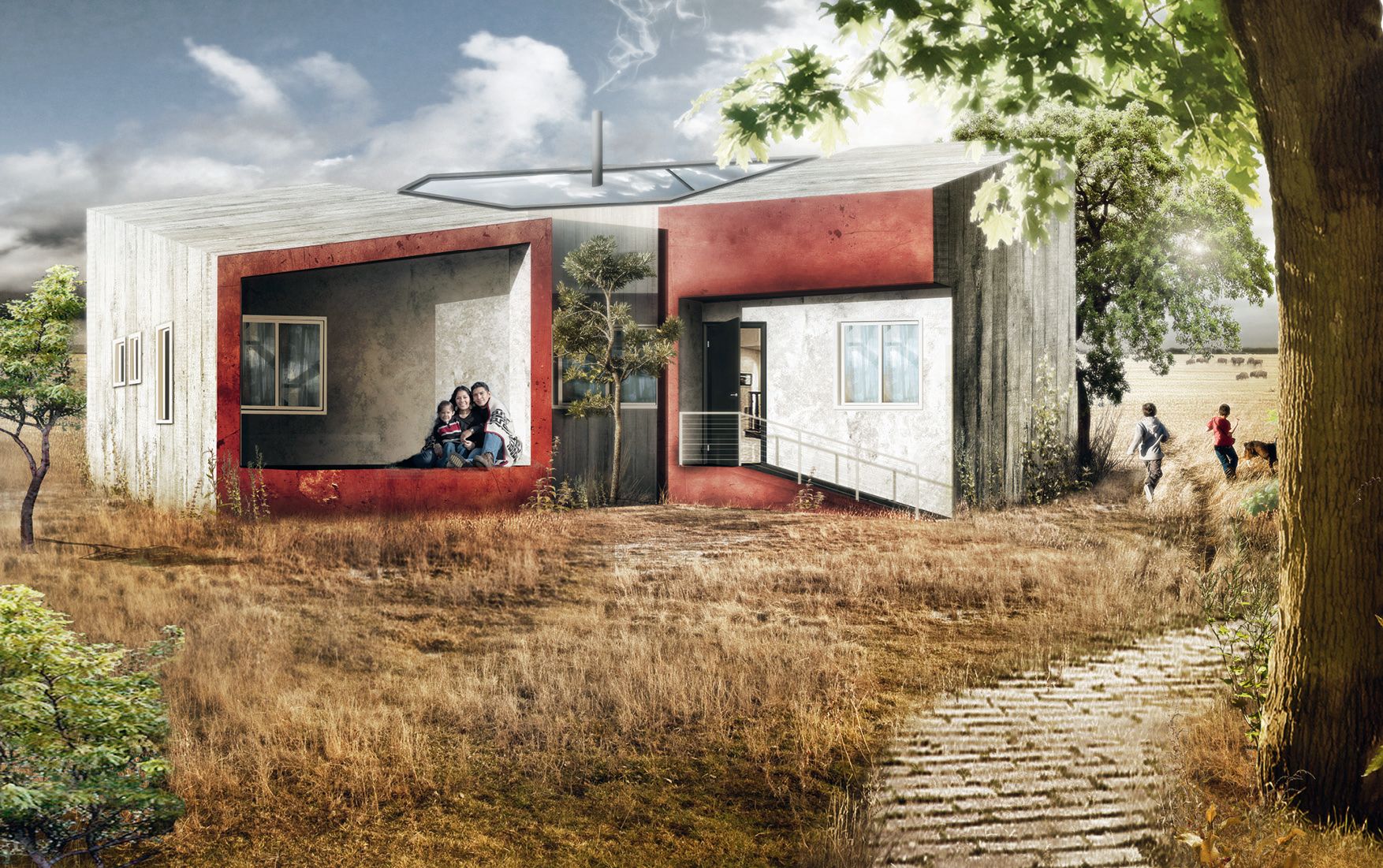 The veterans are a socially troubled group in the United States. For many reasons a large percentage of them live in poverty and have no home. The MIR project in Newark used some of the basic principles from the Lower 9th Ward project and applied them to a more dense urban setting: a 56-unit multi-family building project for disabled veterans. The apartment complex is also LEED Platinum certified and includes sustainable features like solar panels and a rooftop garden with fresh vegetables. The first veterans were able to move in on Memorial Day 2012.
One year later another MIR project was completed in Kansas City. A former elementary school was transformed into a complex providing affordable housing for 150 residents: a new community comprising a mix of young people transitioning from foster care, veterans, and low-income families. In addition to the remodeled school, new townhouses were also added. This project is also LEED Platinum certified and includes a community center with an auditorium, job training center, medical clinic, grocery store, and other amenities. The result is a new, mixed neighborhood. The most recent MIR project addresses the disastrous living conditions of Native Americans on many of their reservations. Make It Right is working with the Sioux and Assiniboine tribes of Fort Peck to build sustainable homes. Here too, the process started with a series of community meetings attended by all the architects and builders involved in the process. The buildings will not only be LEED Platinum certified and adhere to the Cradle-to-Cradle principle but also be tailored to the traditional living patterns of the tribes. All the new homes will be built off-site as modular constructions, but here the plan is to establish a factory owned and run by the tribes.
In addition to housing, it will therefore also create a new source of income. 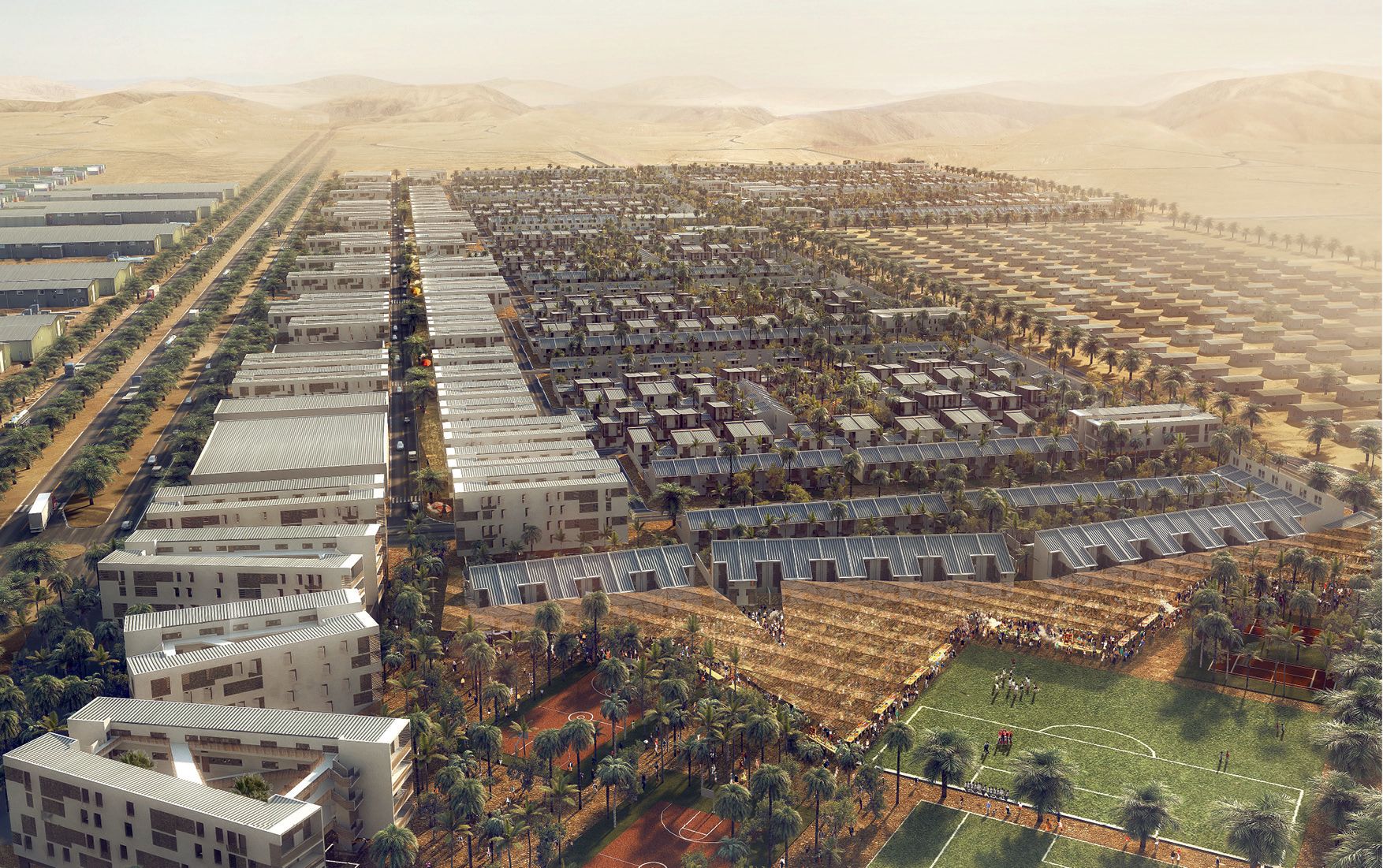 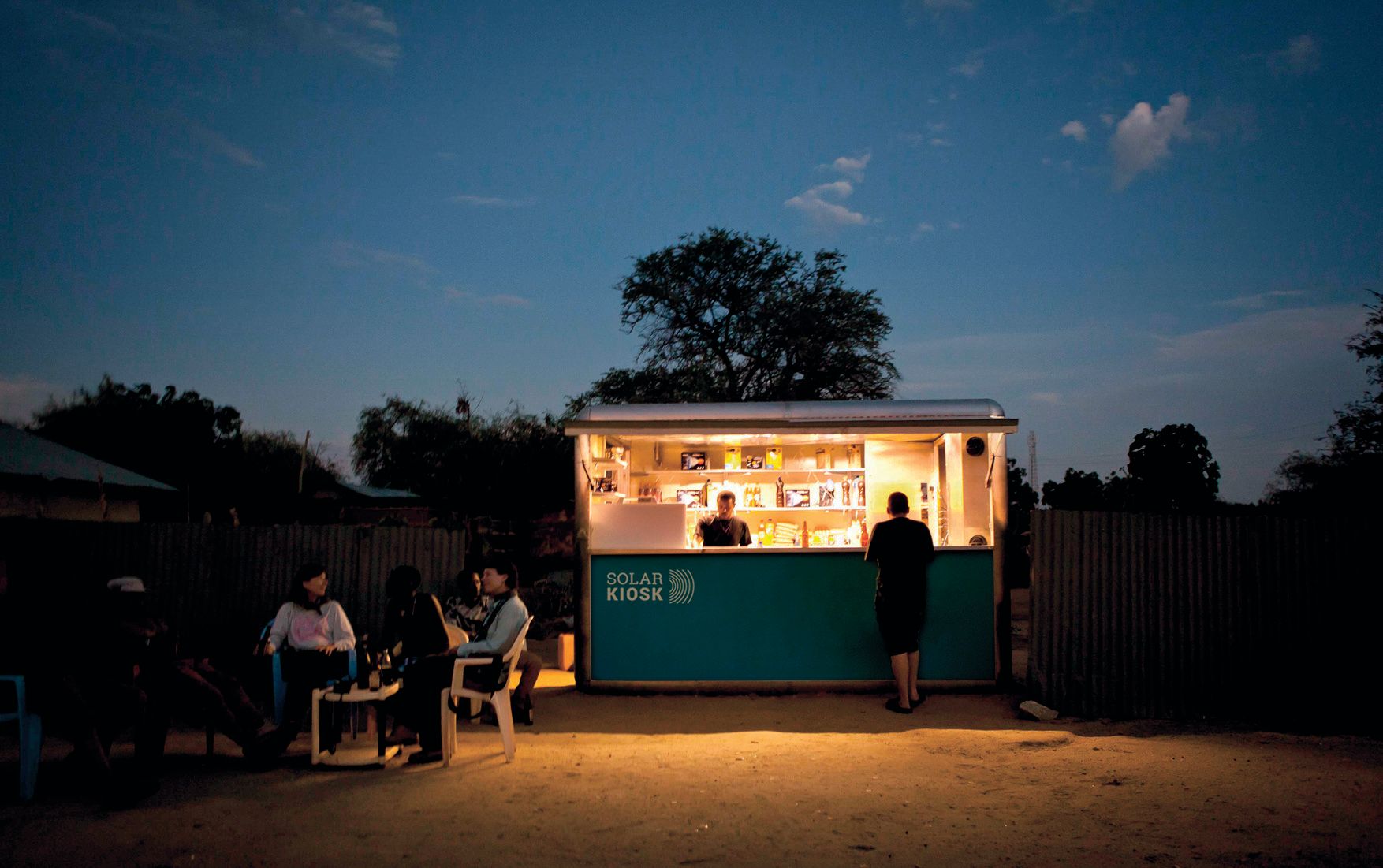 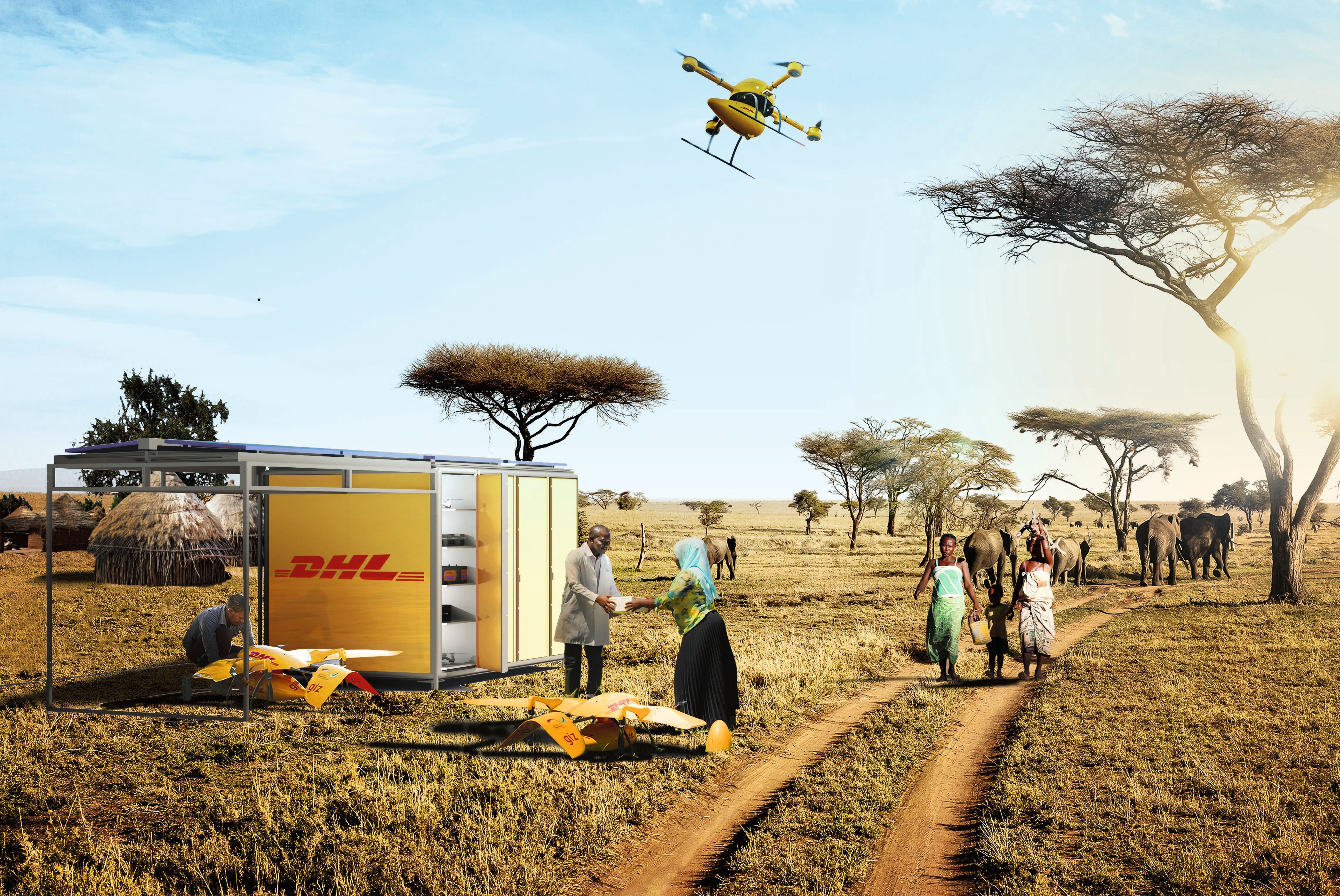 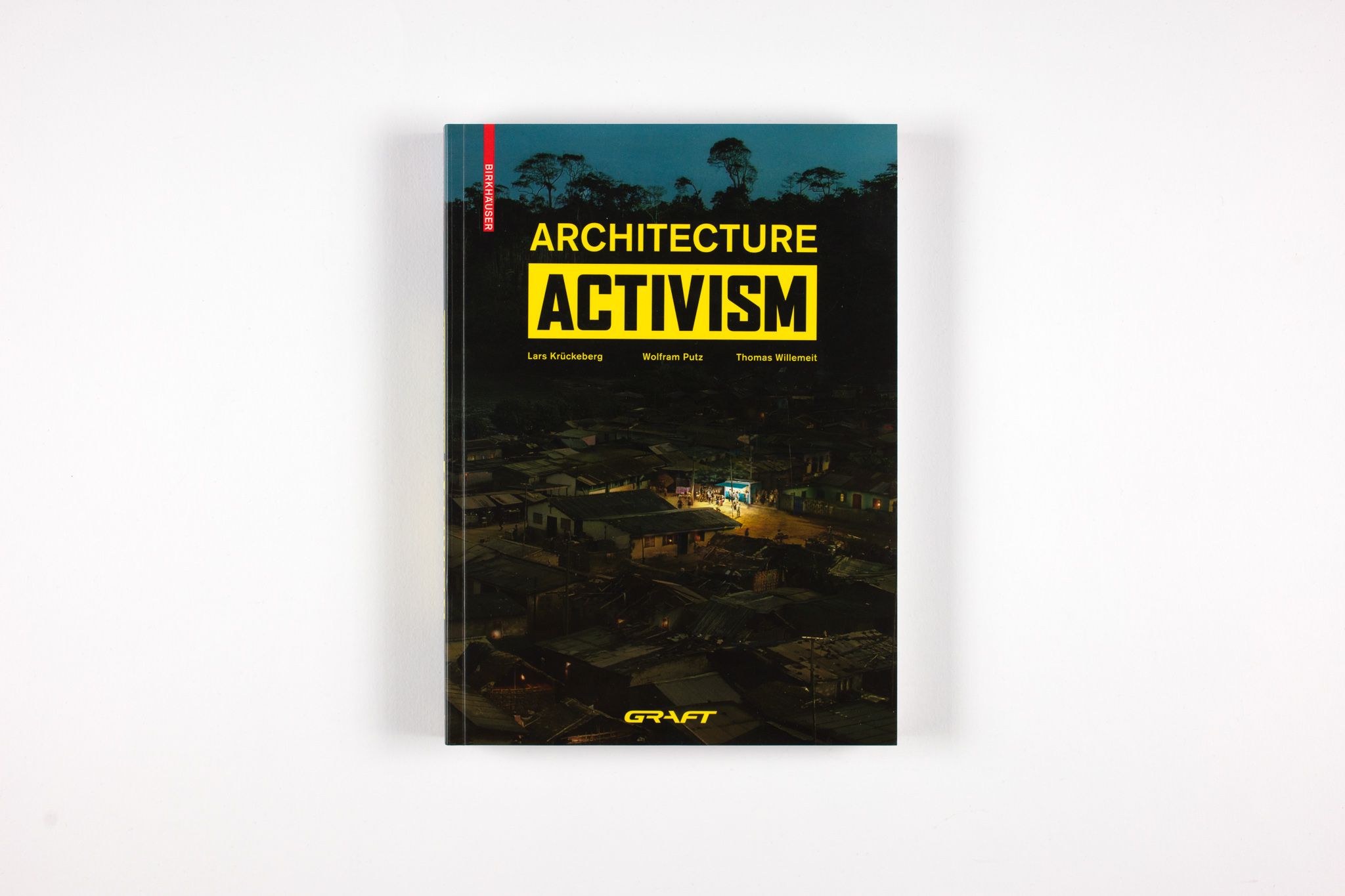