GRAFT was commissioned by Trockland to design two office buildings in the direct vicinity of Berlin's Ostkreuz. Close to the Mediaspree and the Rummelsburger Bucht, GRAFT is currently planning two innovative buildings, which will allow for new forms of working. 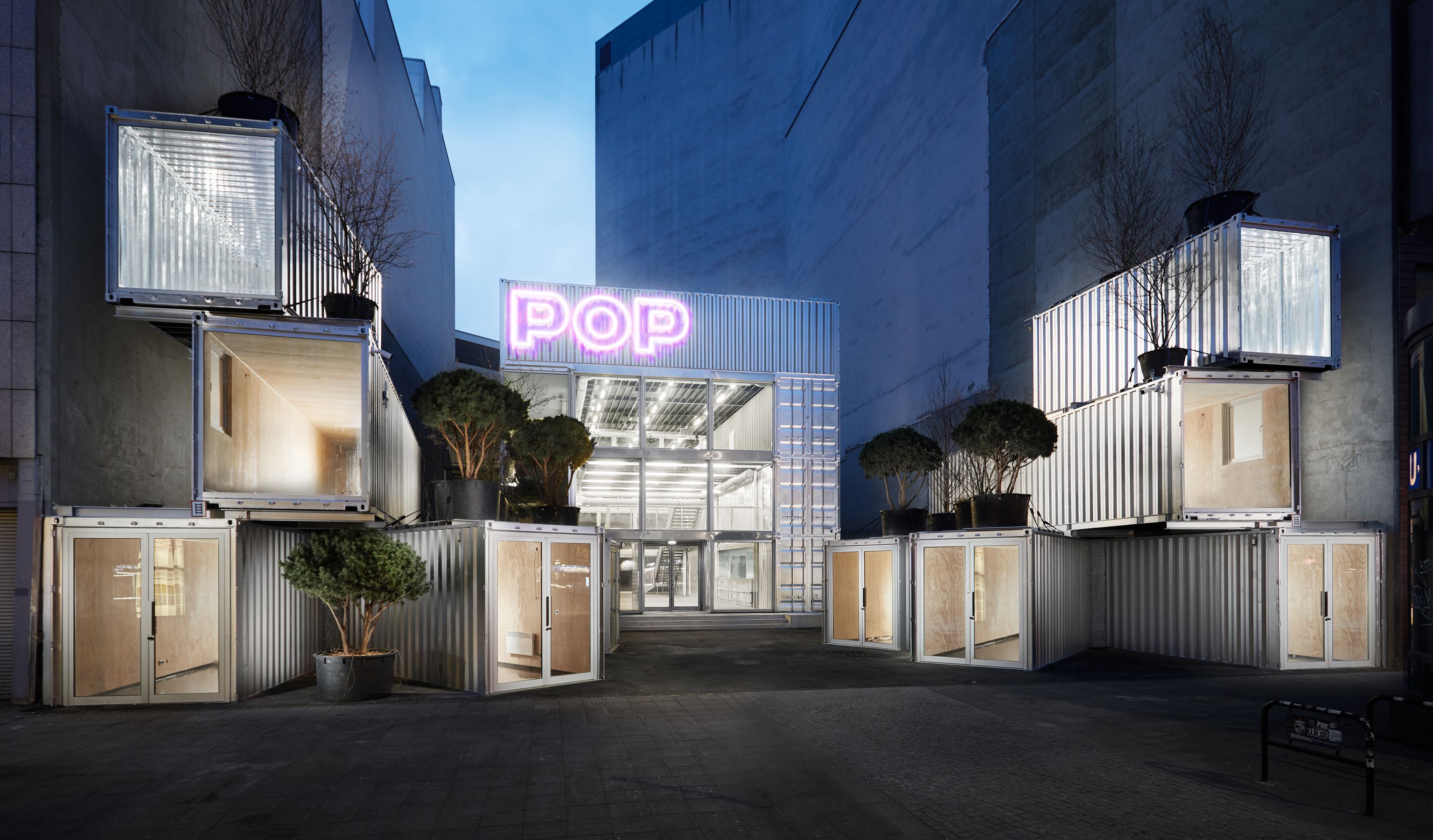 POP KUDAMM is a temporary cultural space in Berlin's City West: In exhibitions, performances, pop-ups and a wide variety of events, POP KUDAMM addresses current issues of urban life and stimulates public discourse. The ensemble of 35 containers was designed by GRAFT, who together with the experience of PLATOON cultural development were responsible for the architectural development. POP KUDAMM was initiated by Signa Real Estate in cooperation with TU Berlin and UDK Berlin. 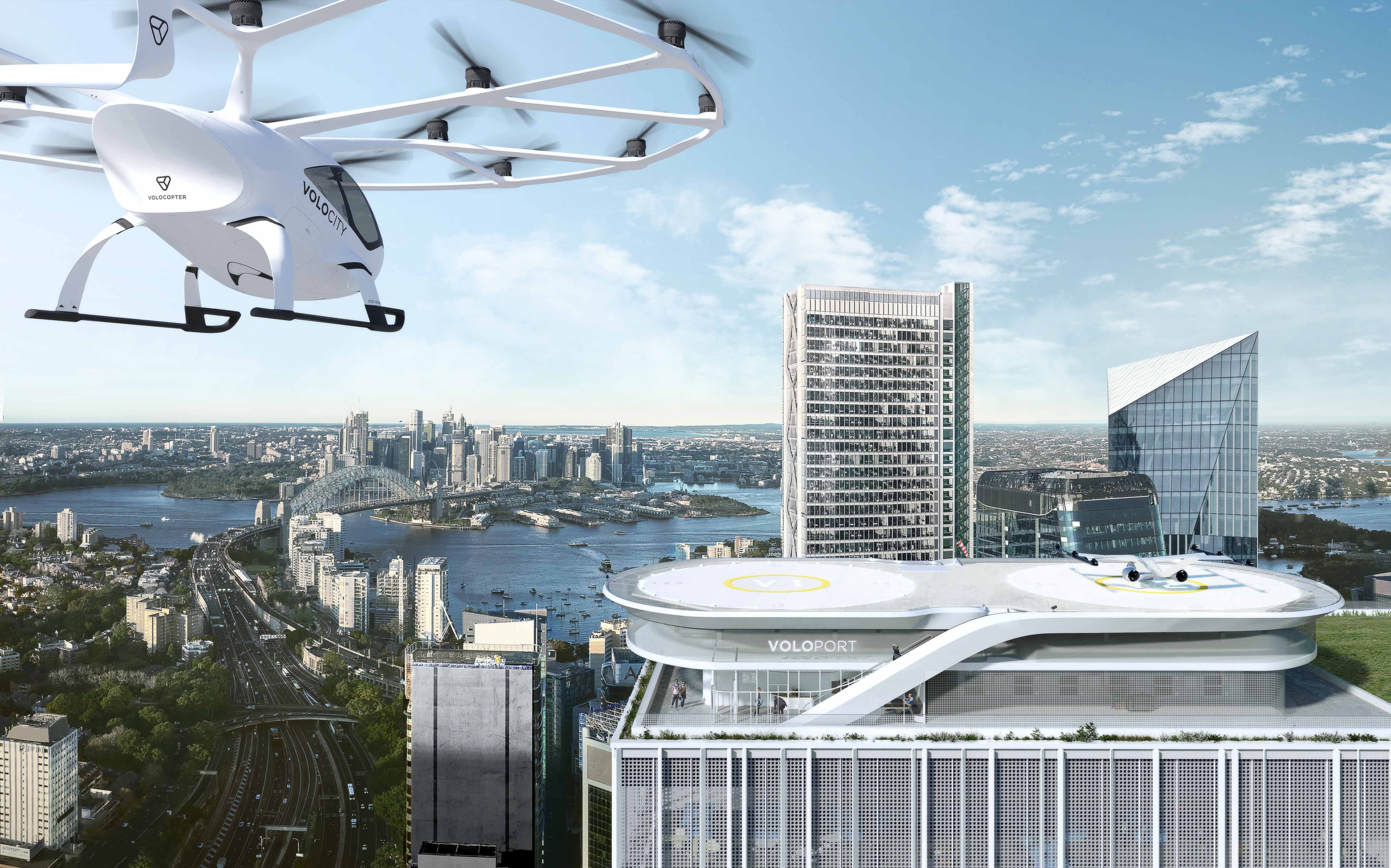 The German eVTOL design company Volocopter is a pioneer of Urban Air Mobility and develops fully electric vertical take-off aircraft as a mobility solution for use in urban areas. As a hub for the Volocopter aircraft, the VoloPort vertiport was devised by GRAFT in collaboration with Volocopter, Arup and Bayards Aluminium Constructies. The VoloPort is part of the Volocopter urban air mobility infrastructure network and acts as a gateway within the public realm. Suited to the constraints of densely populated areas, its compact, modular and expandable design can be employed in a variety of inner-city locations – either on the ground, on the roof of a high-rise building or on a floating, water-based platform. 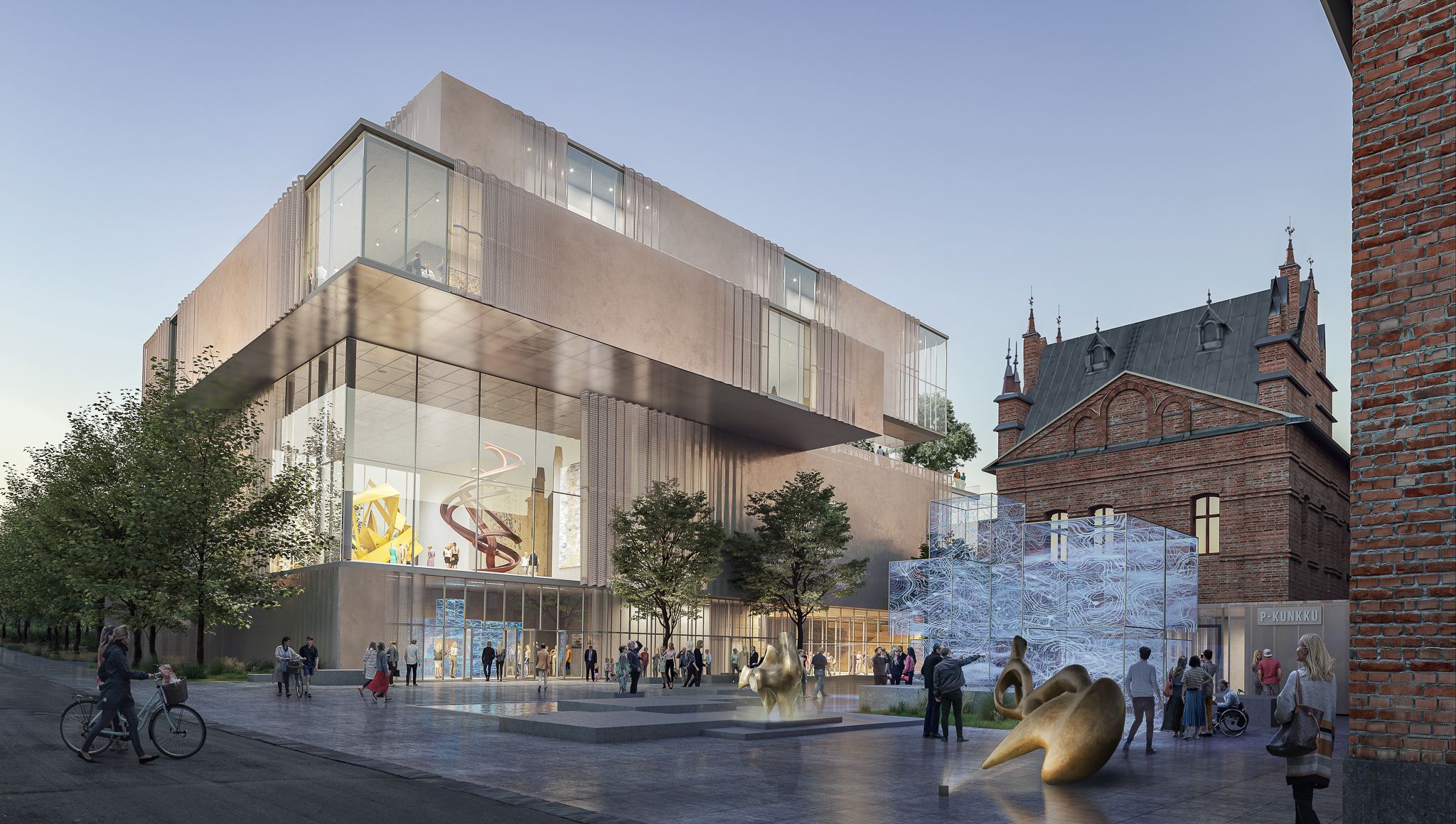 The new Sara Hildén Art Museum redefines and complements the Finlayson factory heritage in the city of Tampere. The new showcase for the vast collection of national and international art serves as an accessible and vivid extension of the cultural life of Tampere. With the collection route climbing from the urban public space up to four exhibition levels, the new Museum exhibits art in the best possible ways, while featuring the surrounding landmarks of the city as pieces of art. 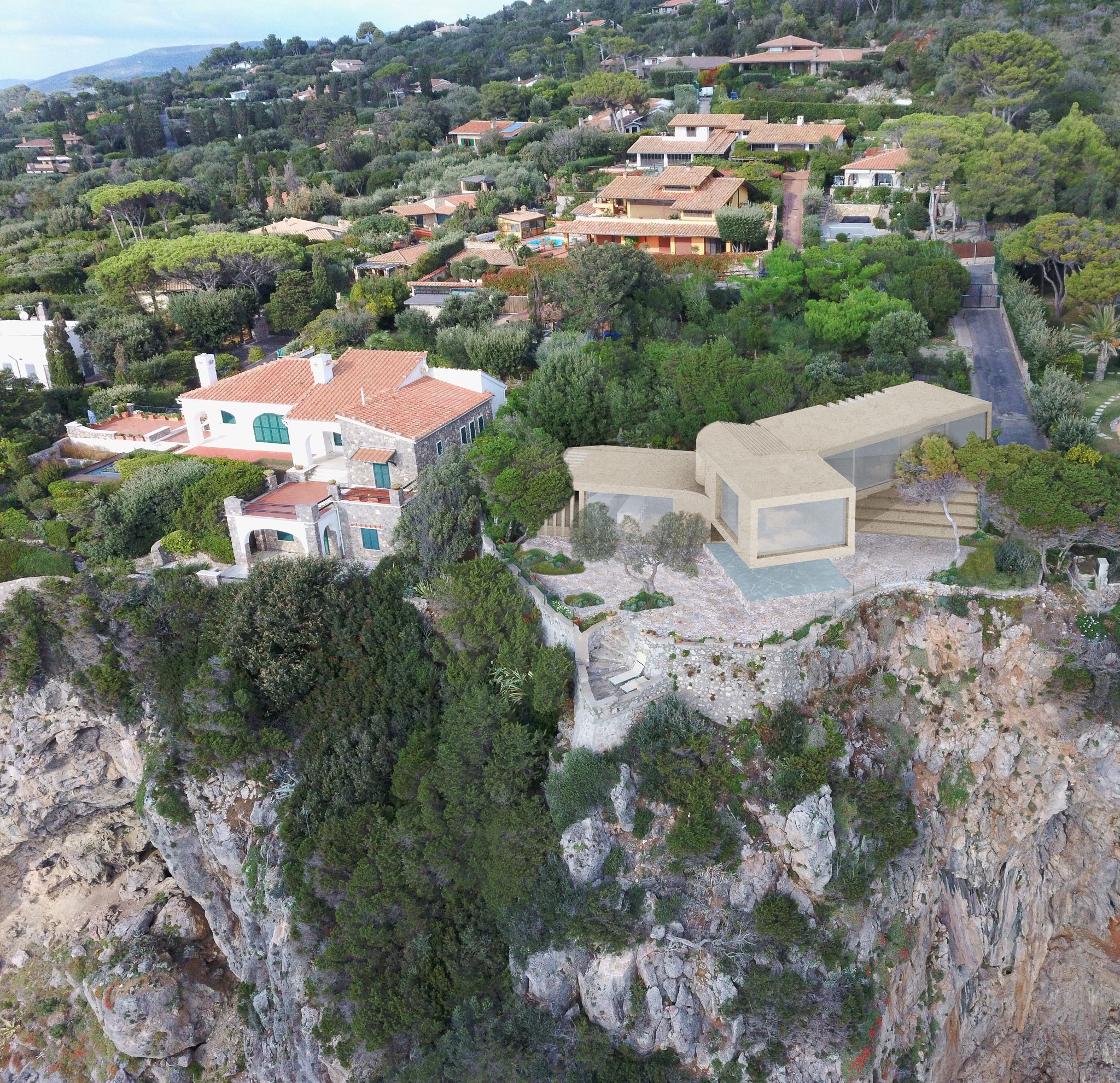 GRAFT was commissioned to design a villa on the tip of a cliff facing the southern Tuscan archipelago. The site sits underneath the ruins of an ancient Roman city, which governed the area 2000 years ago from its acropolis, 113 meters above sea level. 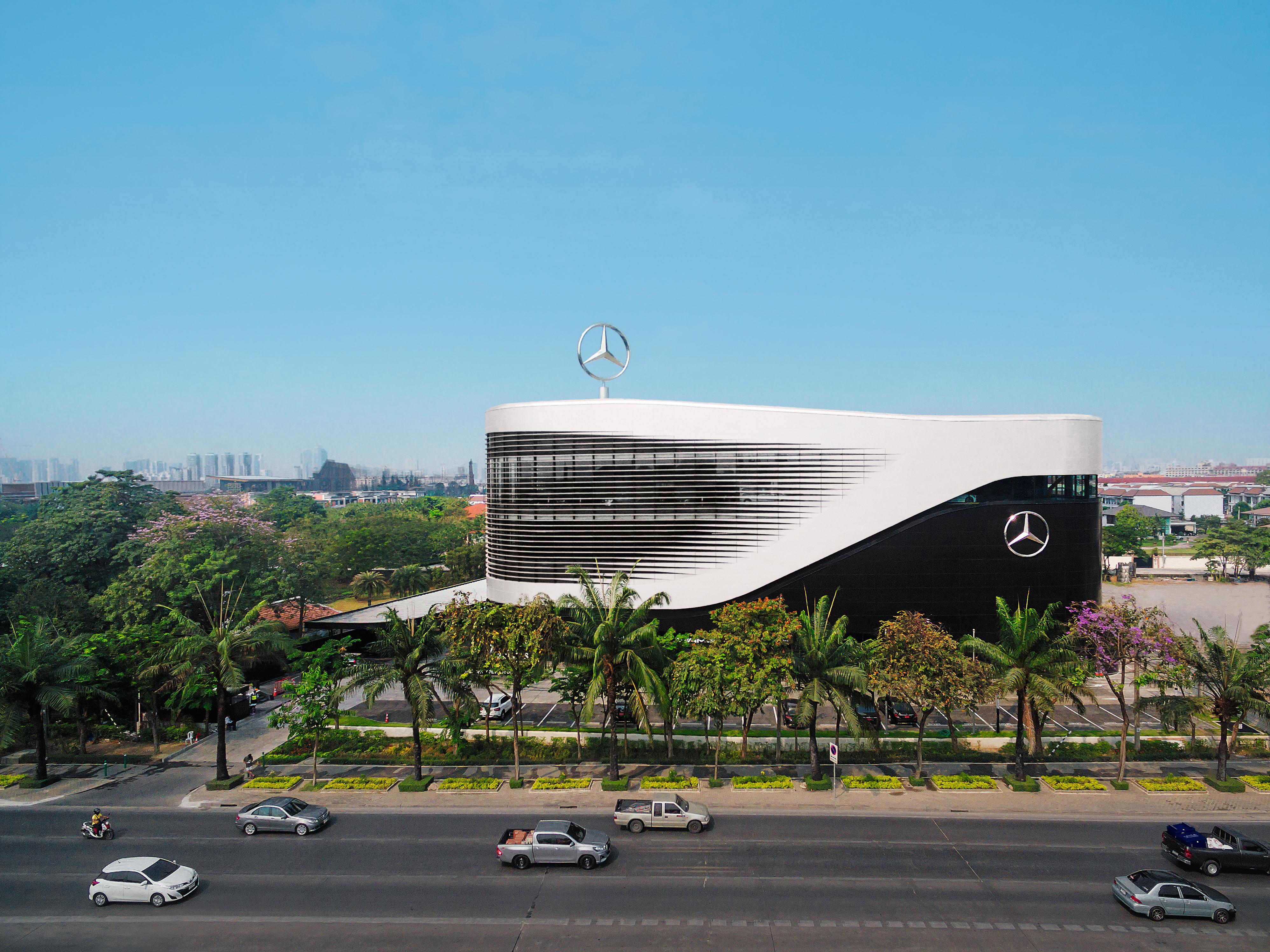 The world’s first retail outlets with Mercedes-Benz’s new brand identity can already be seen in car dealerships in Hong Kong, Beijing, Budapest and Istanbul. For three years, GRAFT has been working on concept development and engineering creating design guidelines and planning tools that will be implemented at sales and service locations around the world. The planning catalogue ranges from specifications for the facade and roof design to the interior design of customer contact areas, including media integration and furniture design. 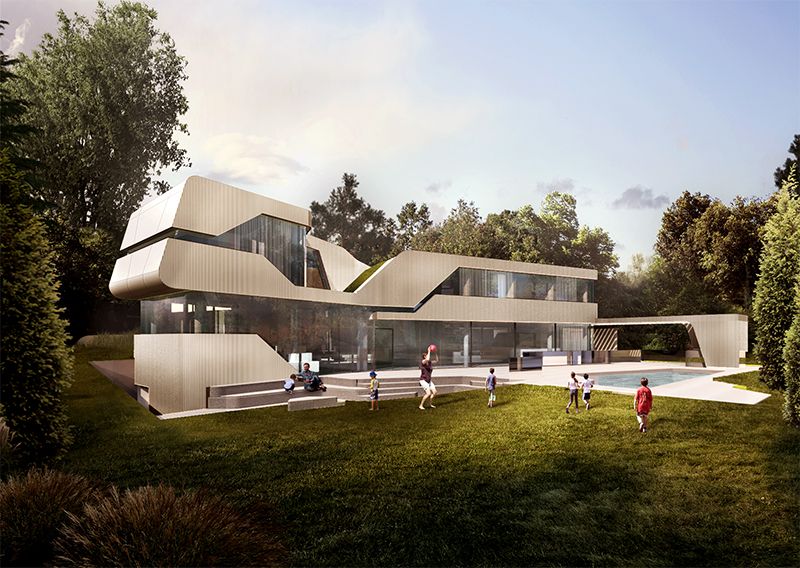 GRAFT’s design for Villa K envisions a single-family home that offers space for both lively interaction and quiet retreat. It is based on a three-winged construction that creates three distinct exterior spaces. 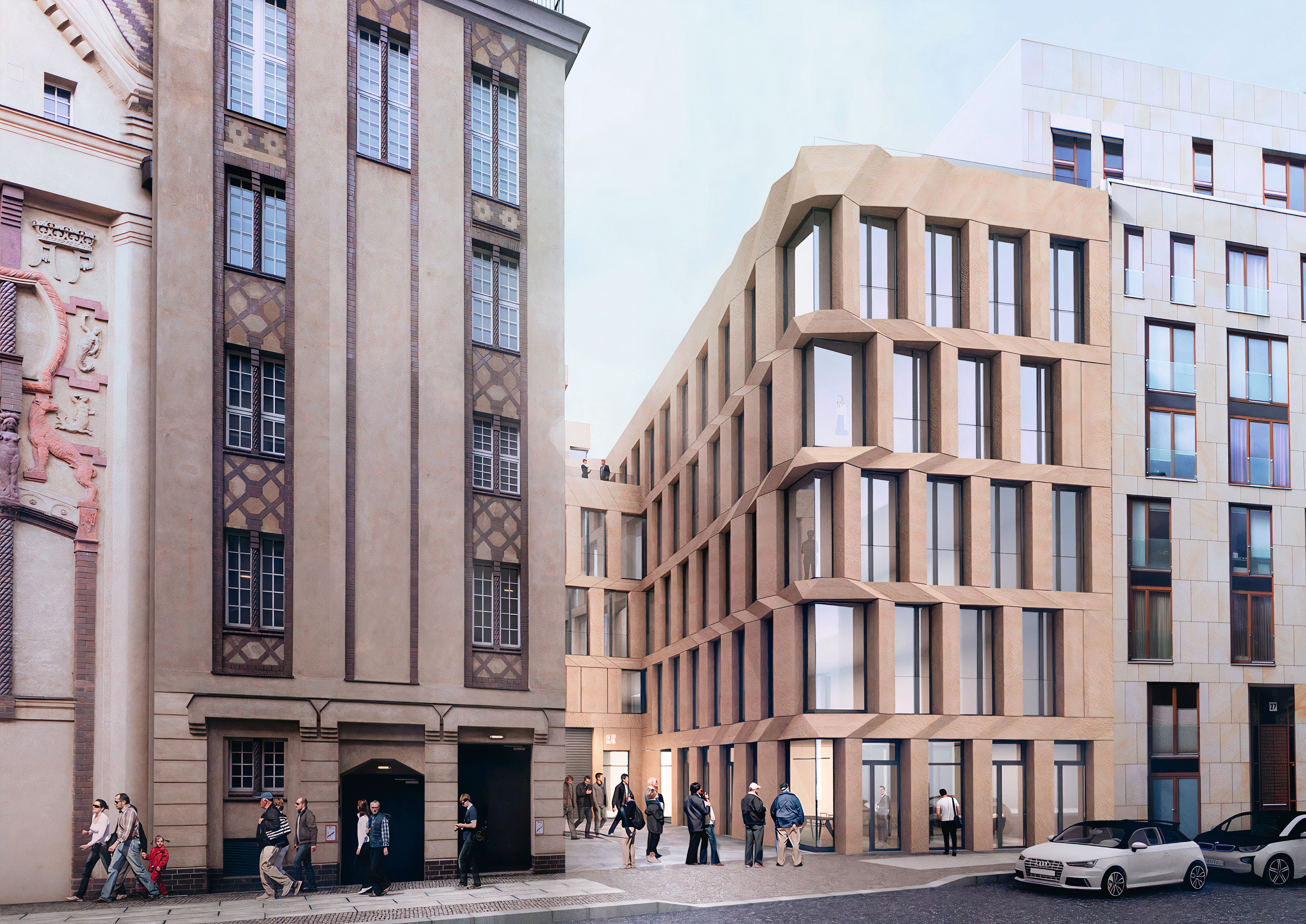 GRAFT was commissioned for the renovation and expansion of the Admiralspalast, a prestigious, historically listed building complex located between Friedrichstrasse and Planckstrasse in Berlin-Mitte. 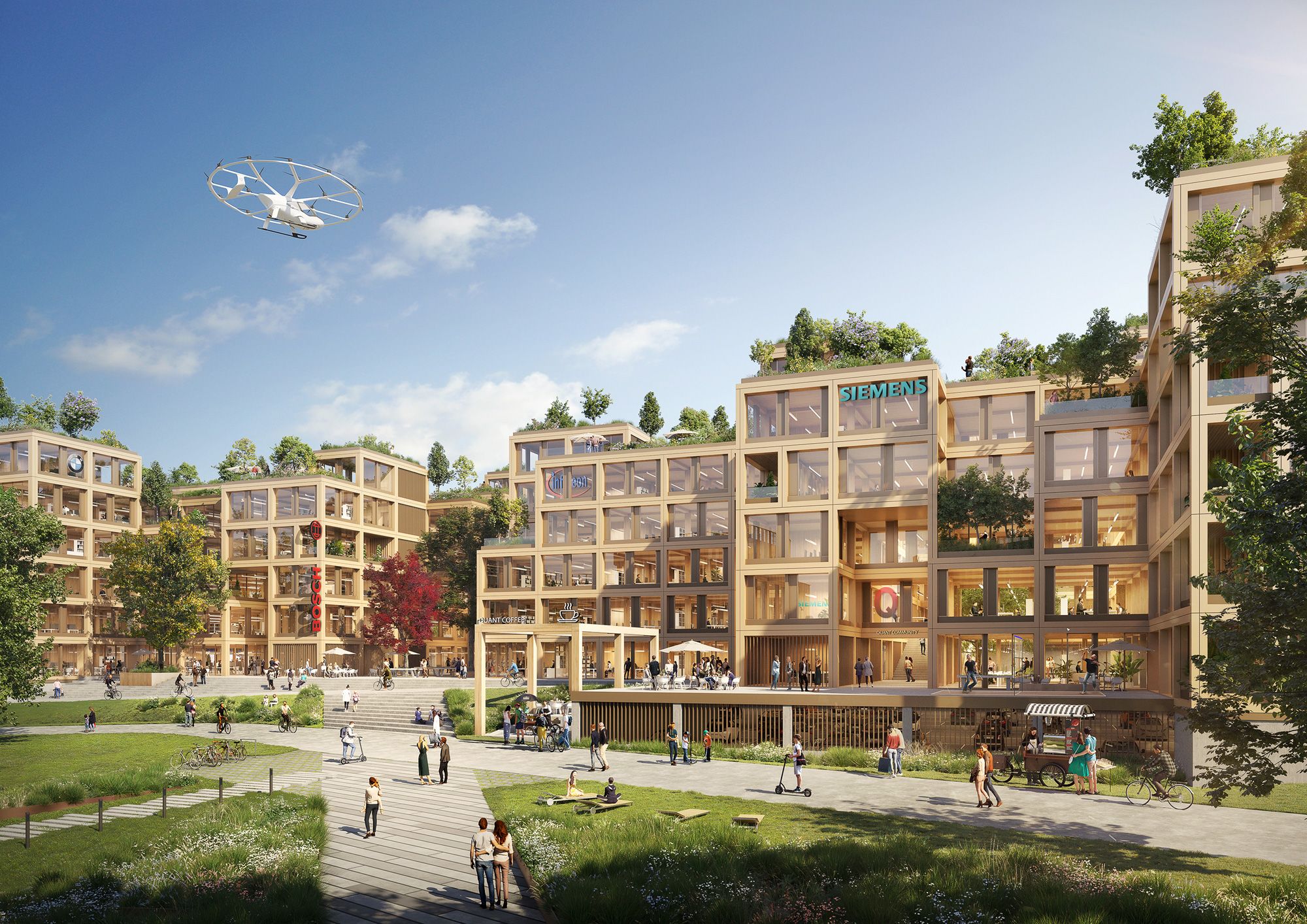 Inspired by the site’s intended use, GRAFT’s design is based on the core idea of a quantum computer: smarter, faster, more diverse and democratic communication. These concepts become the starting point for a new, innovative architectural aesthetic that offers maximum flexibility and networking capacity. 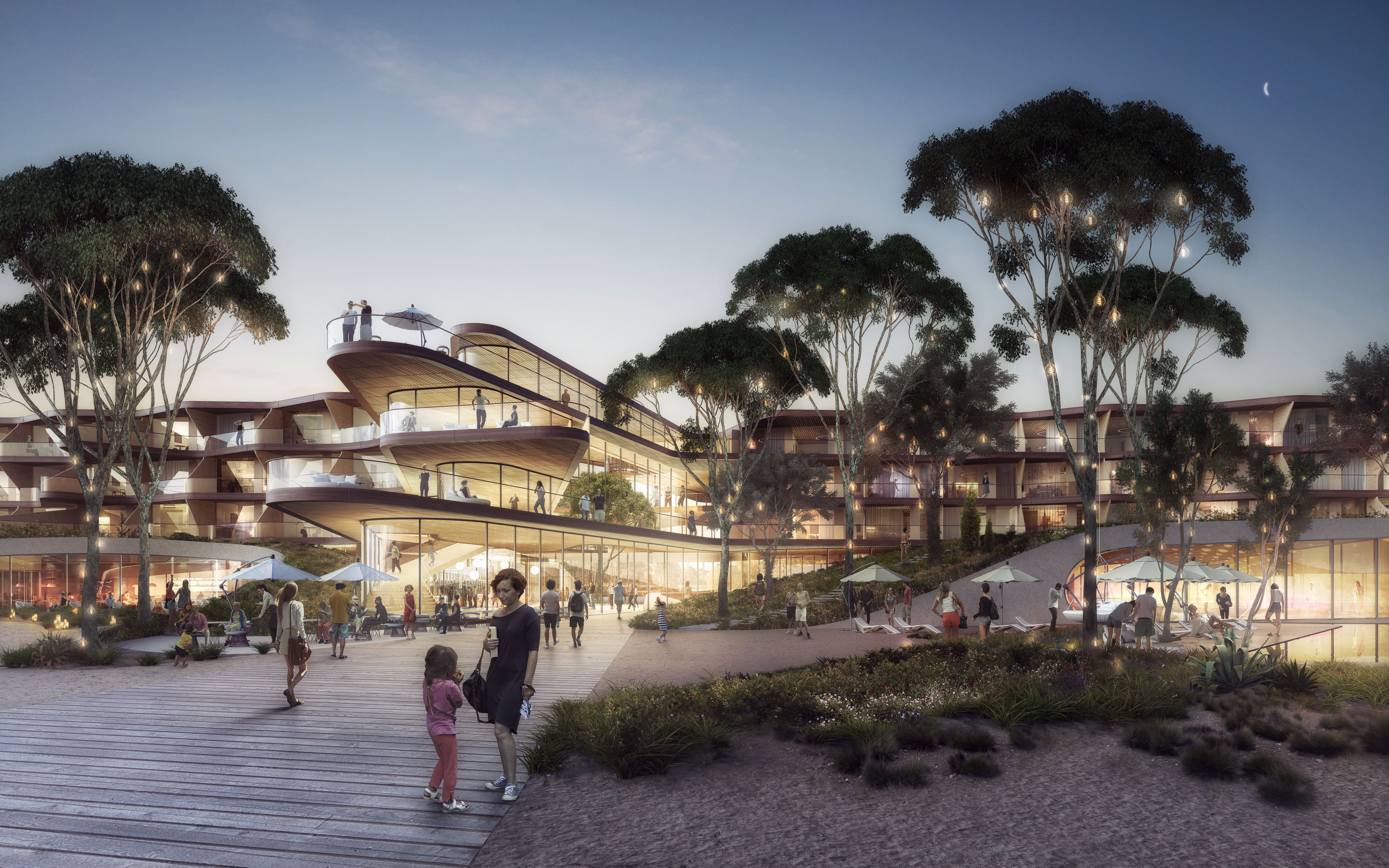 The project site is located directly on the beach in Caorle in the Veneto region and is embedded in a generous park landscape. The existing building ruin, which was formerly operated as a vacation colony, will be completely demolished and the new hotel project "Cavallino Bianco Family Spa Beach Resort" will be built instead. The building volumes are to be provided in a careful manner within the prescribed building lines and at the same time the building is to be part of a garden/beach complex to be planned. 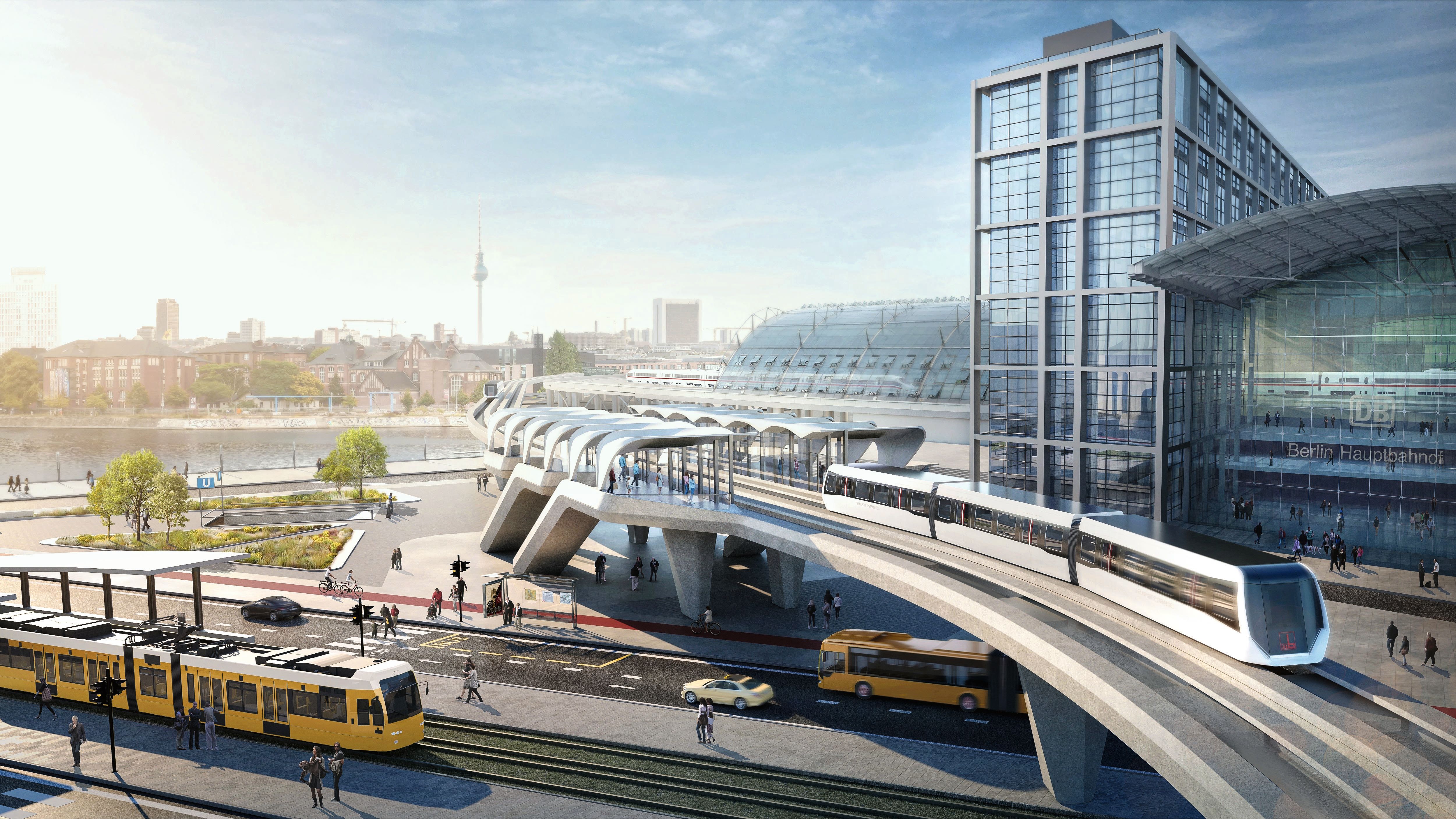 With the Transport System Bögl (TSB), the Max Bögl Group has developed a market-ready maglev train that combines innovative technology, everyday usability and intermodality into a new infrastructural instrument. Through the application of prefabricated features and the integration of track and maglev technology, the company has achieved an extreme reduction in dimensions. 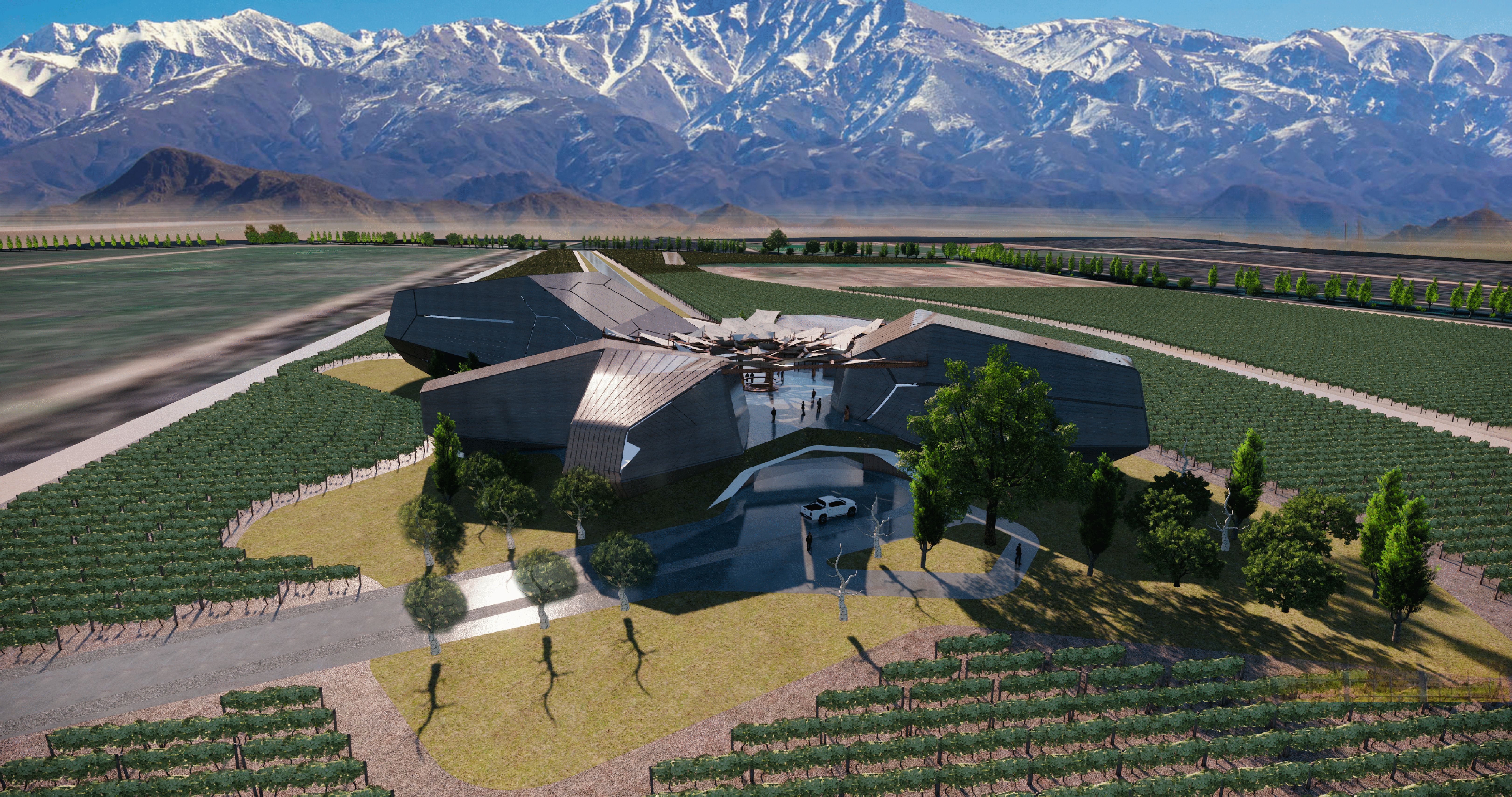 The Uco Valley in the province of Mendoza is located in the foothills of the majestic Andes Mountains. Wine produced in this region is considered among the best in Argentina. In this context, GRAFT was commissioned to design a unique location dedicated to wine production, based on the AQUI brand’s philosophy of bringing people together through wine. To underline this, the winery also offers guest accommodation developed around the idea of creating rituals for a community brought together by their passion for wine. 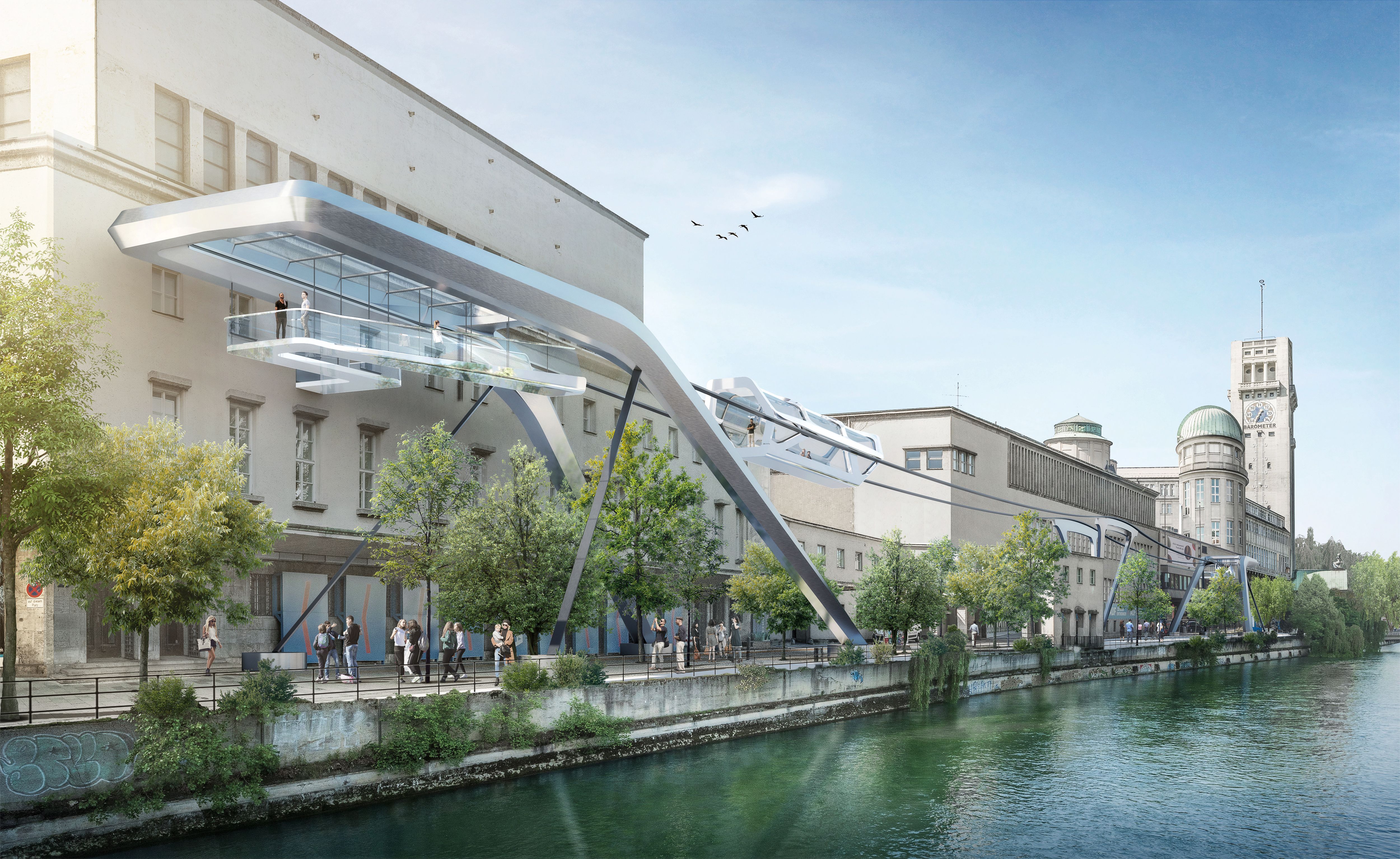 In a study initiated in 2018 for the Deutsches Museum Munich, Nobel prize winners Georg Bednorz and Gerd Binnig created a protype “supraglider” shuttle based on superconducting cryostats. Its aim was to showcase the potential of this technology in the field of future mobility. GRAFT was invited to create a design for the shuttle as well as an integrated system of tracks and stations. 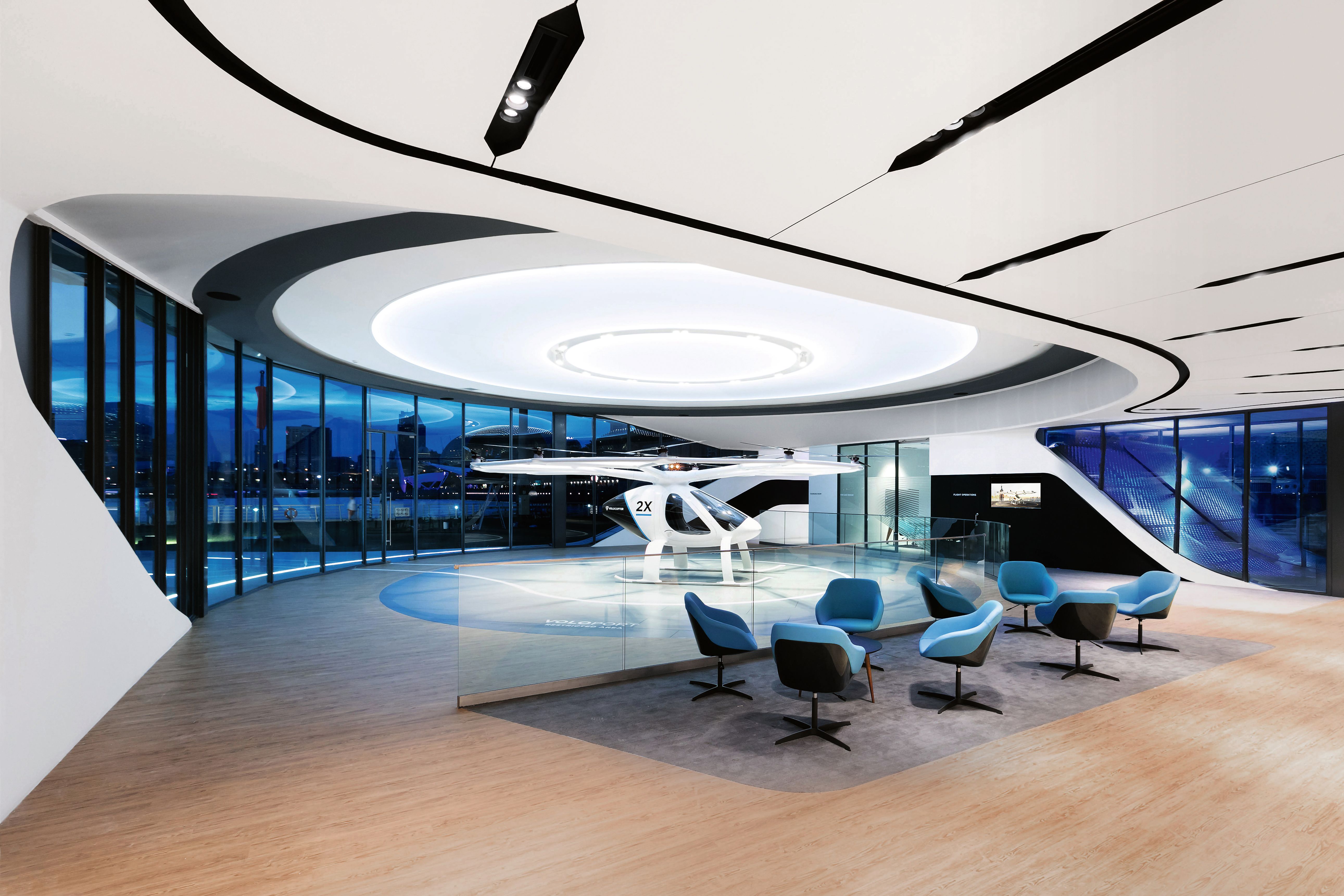 The German urban air taxi company Volocopter has developed the ﬁrst fully electronic, autonomous vertical take-off and landing aircraft (eVTOL), an ideal solution for use in urban areas. Together with GRAFT and Arup, the Berlin agency GRAFT Brandlab won the competition to design a modular vertiport concept for Volocopter. 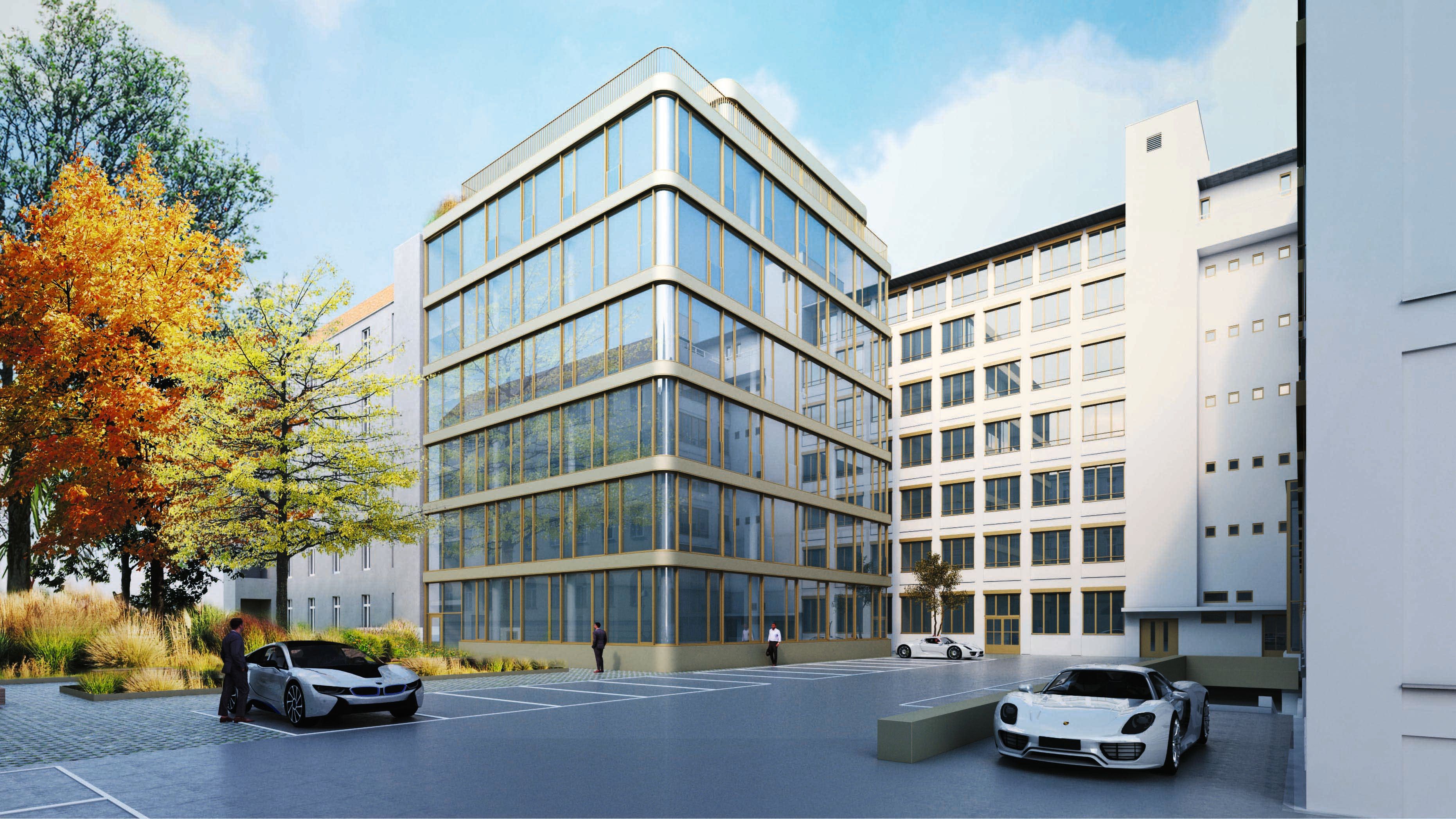 The Bayerhaus, a seven-story office block built as the administrative center of the Bayer pharmaceutical company in the early 1950s, was one of the first post-World War II buildings to be erected in West Berlin. It is now set to receive an extra story and a new side wing. In addition, the façade facing the rear yard, which was cladded with fiber cement plates in the 1980s, will be removed and re-rendered, restoring its original appearance, with its grid-like relief and large window openings.