The Johanna and Eduard Arnhold Square - A model for today

To publicly commemorate the patronage of Johanna and Eduard Arnhold and the civic engagement of the Jewish bourgeoisie in Berlin, the project of a new Johanna and Eduard Arnhold Square in the center of Berlin, initiated by Peter von Becker, will be presented for the first time next Thursday, June 17 at Stiftung Brandenburgertor: with the first drafts and statements for an artistic-urbanistic design by the artists Tatjana Doll, Julian Rosefeldt, Karin Sander and the architect Lars Krückeberg. GRAFT founding partner Lars Krückeberg was a fellow at the Villa Massimo estate in Rome 2018/2019, donated by the Arnhold couple to the German State, where he realized the project Relative Cosmos - Fragmented Oikos.

The aim of the newly founded Arnhold Initiative is to honor the outstanding couple Johanna and Eduard Arnhold and at the same time to commemorate a number of equally Jewish women and men who were associated with them and who once had a formative influence on public life in Berlin and beyond for the whole of Germany.

Their names were erased by National Socialist barbarism from 1933 onward, their life's work has mostly been erased from public memory, their social class has perished - just like Berlin's former Tiergartenviertel. There, an unmistakable public memory for these former residents and patrons is still missing today. Only James Simon from that circle of Jewish citizens is now rightly honored on Museum Island with the new gallery named after him. But for the others, there is no existing sign appropriate their significance yet.

The Brandenburger Tor Foundation is the host in the Max Liebermann House - just as Max and Martha Liebermann once were for Johanna and Eduard Arnhold, whose private collection of paintings in Berlin-Tiergarten contained the largest collection of Liebermann's works. 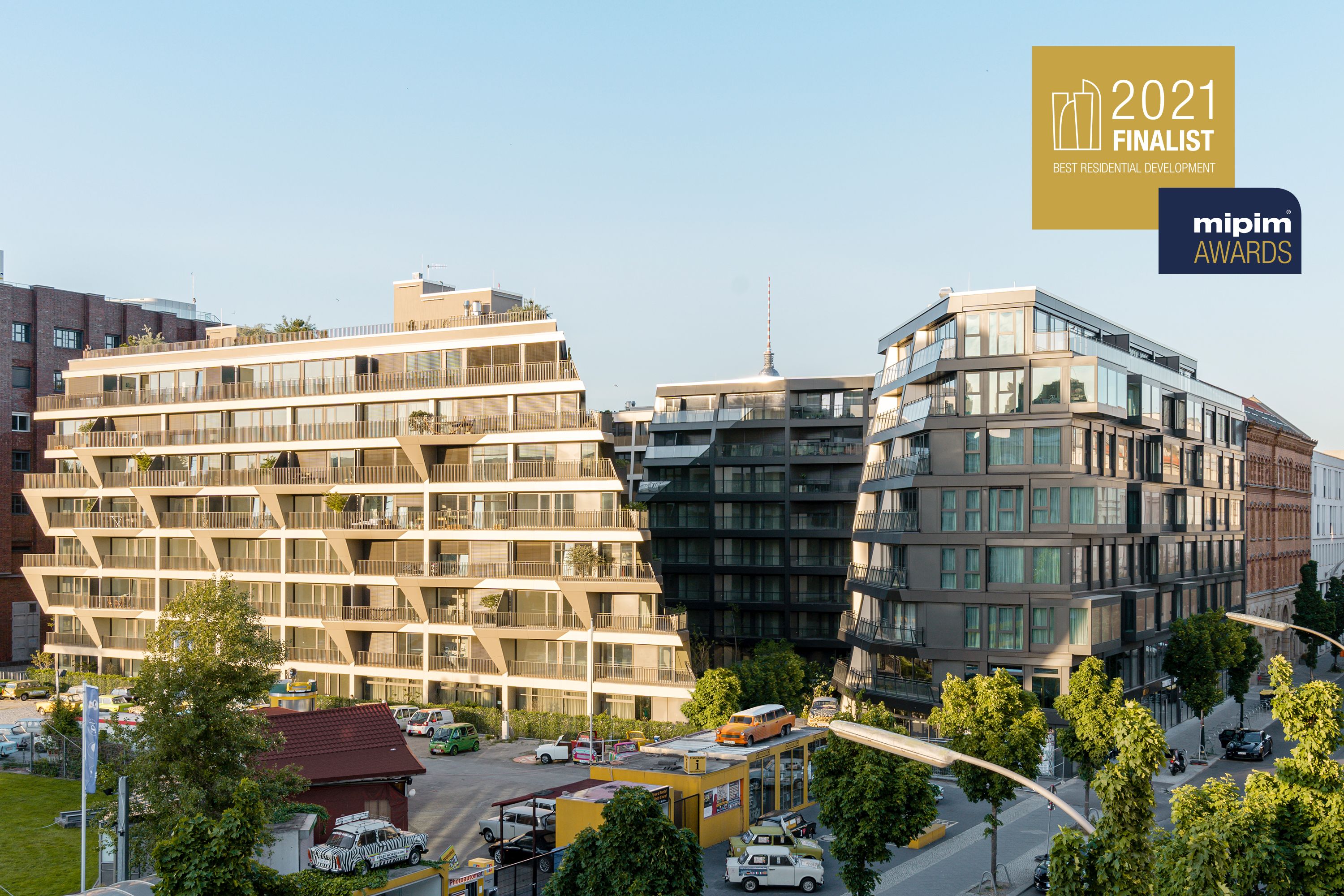 We are delighted to announce that our lately completed residential project ‘Charlie Living’ was shortlisted for the MIPIM Award 2021 in the category ‘Best Residential Development’!

Last year our project 'WAVE' won the award in the same category and in 2015 our project Eckwerk was awarded with the Architectural Review Mipim Futura Projects Award. We are very proud to hereby continue our success on the banks of Berlin’s river Spree at the Mipim Awards, the ‘Oscars of the Real Estate Industry’!

The final winner will be announced during MIPIM on 7-8 September 2021 at Palais des Festivals in Cannes. We hope to see you there!

More on the award

On the occasion of the 16th Bund Deutscher Architektinnen und Architekten BDA (Federal Association) Day "Kreatives Unterlassen. Building after growth" on Saturday 12 June 2021 GRAFT founding partner Thomas Willemeit will give an introduction to the topic and BDA position paper "House of the Earth"!

On Friday, June 18th, GRAFT Partner Dennis Hawner will be one of the key speakers at the BetaPort workshop “Future Mobility Hubs: Global – Local” hosted at the Greentech Festival in Berlin.

Hosted by green changemakers like Graft Architects, TSPA and Berlin TXL, 25 participants from the fields of science, innovation and politics, aim to lead to new solutions in future mobility.
New mobility has an undeniable impact on our urban planning. With a variety of new and upcoming modes of transportation, we need to rethink our ground and air infrastructure.
The workshop participants will investigate how these new mobility formats affect our planning on urban and architectural scale as well as the implications on social behaviour, climate change and the ecological footprint our logistic buildings leave. They will discuss innovative solutions that are catered to new mobility locally in Berlin-Brandenburg and globally.

On the occasion of the 16th Bund Deutscher Architektinnen und Architekten BDA (Federal Association) Day "Kreatives Unterlassen. Building after growth" on Saturday 12 June 2021 GRAFT founding partner Thomas Willemeit will give an introduction to the topic and BDA position paper "House of the Earth"!

GRAFT founding partner Lars Krückeberg will give a lecture about GRAFT and the Biennale exhibition UNBUILDING WALLS at Haifa Art Museum for MA students and PhD candidates studying at the DAAD Centre for German Studies at the Hebrew University of Jerusalem.

Tuesday, 1.6., 18h30 Live Stream: GRAFT founding partner Wolfram Putz will give the keynote speech of the architecture award of the city of Braunschweig "Peter Joseph Krahe Prize". Due to the ongoing Corona infection, the award ceremony will be held by Mayor Ulrich Markurth in the form of a web event. Interested parties are cordially invited! Here's the stream: https://bit.ly/3pdWun2

At this year’s Venice Architecture Biennale, Italy is launching its first Virtual Architecture Pavilion showing an online exhibition with the title CityX Venice to further extend its progressive and global outreach. City X responds to the Biennales main exhibition topic ‘How will we live together?' curated by Hashim Sarkis and aims to highlight, unfold, and present progressive international architecture and related research.

GRAFT has been selected as an exhibitor by Peter Russel, one of the Creative Directors of the Virtual Pavilion and Dean of the Institute for Future Human Habitat Studies, Tsinghua Shenzhen International Graduate School. With the clip “Architecture and Future Mobility” GRAFT highlights three projects that demonstrate the growing demand for architectural innovation in the field of mobility: the e-charging stations for E.ON, the VoloPort stations for Volocopter air taxis and the maglev train station for Max Bögl.

The Venice Architecture Biennale is open until the 21st of November. 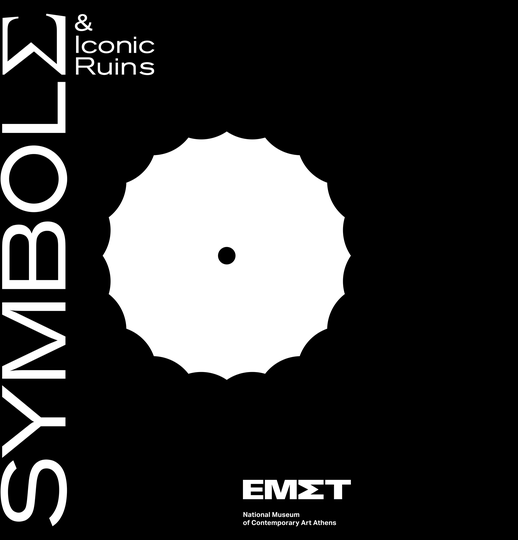 We are happy to inform you that the exhibition SYMBOLS & Iconic Ruins with a contribution by GRAFT will open its doors to the public on Thursday, May 27 2021. Basic information on the exhibition can be found here: https://bit.ly/2RVhSkx

We will be showing a video on 'Unbuilding Walls', an exhibition co-curated with Marianne Birthler at the German Pavilion of Venice Architecture Biennale 2018.

GRAFT founding partner Wolfram Putz will present new digital tools for design and planning in his lecture "Crossmedial Sketching" on May 18th. His lecture is part of the event series "Sanierungskompass Gebäudehülle ", with which the four brands Bauder, Nelskamp, Sto and Velux highlight the digital planning process.

When: Tuesday, May 18th, 4 - 6 pm
More information and registration here
The lecture series will be held in German.