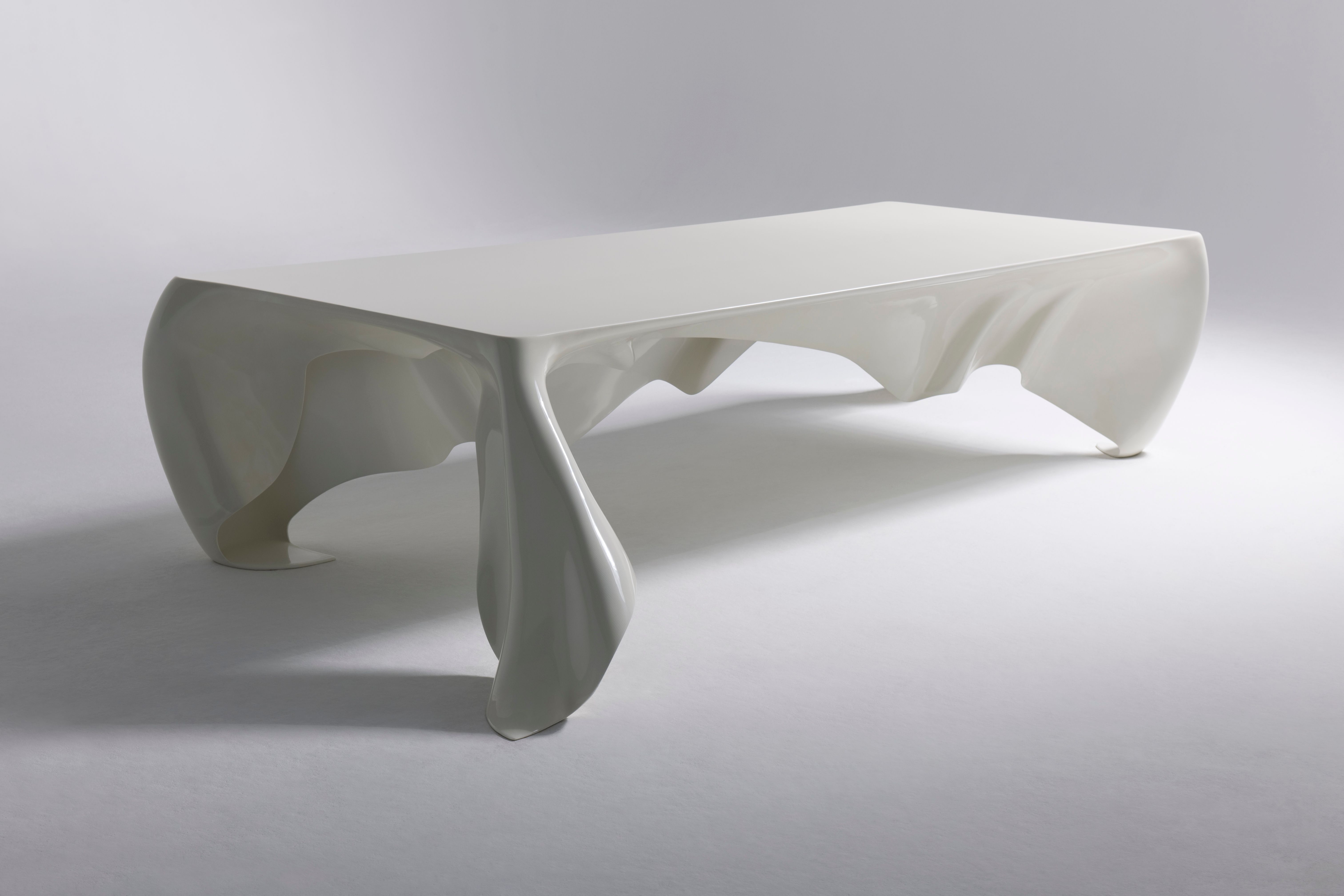 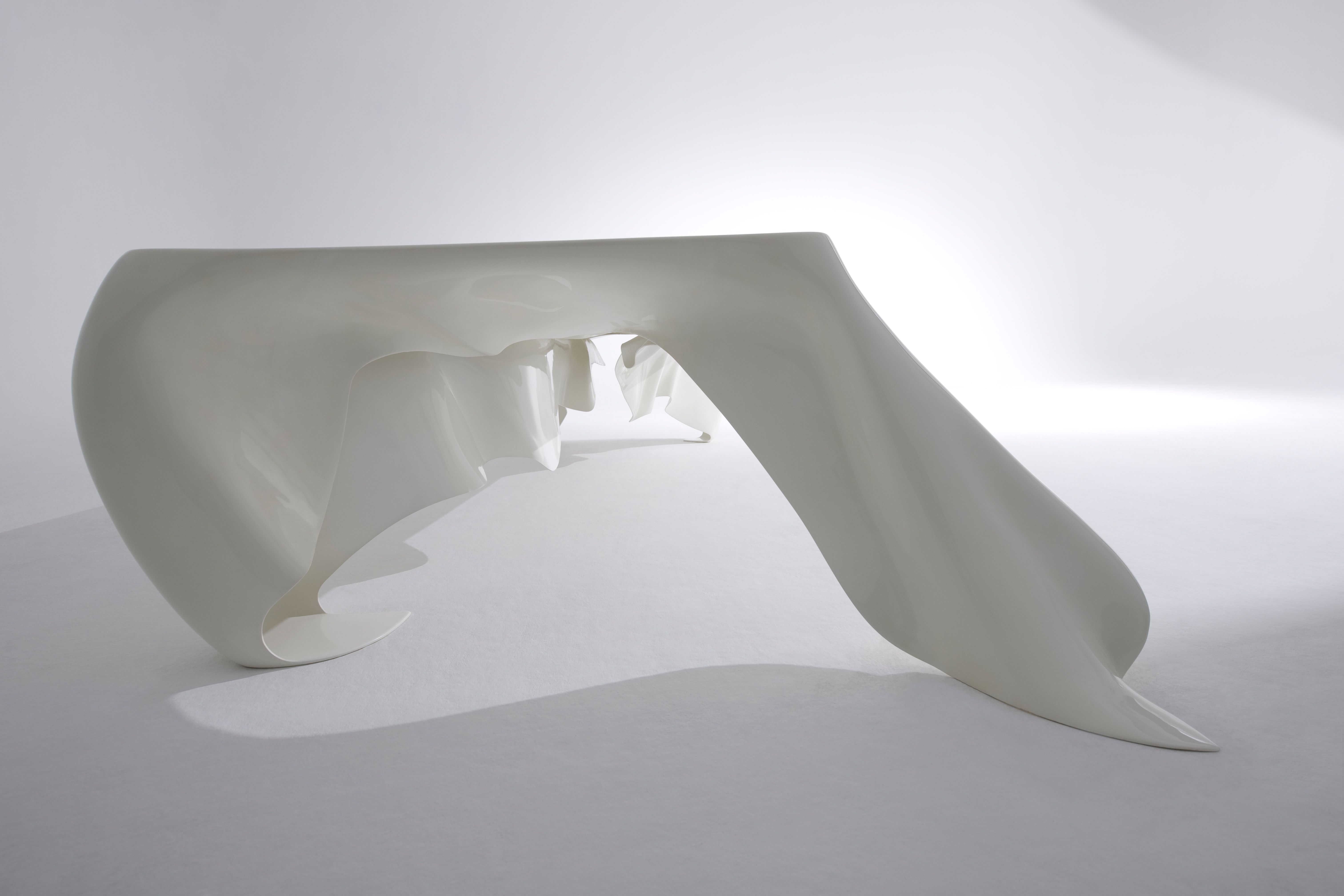 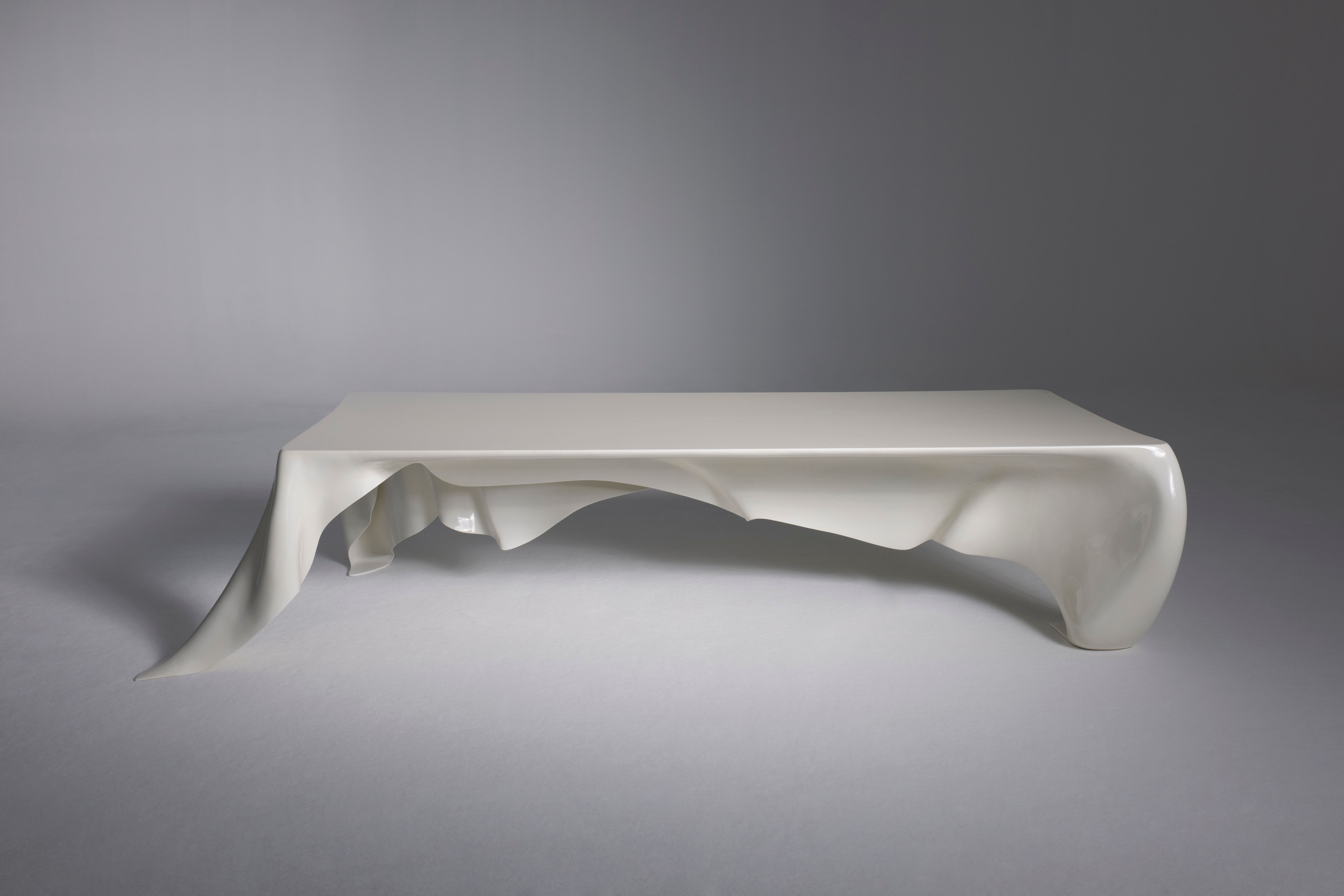 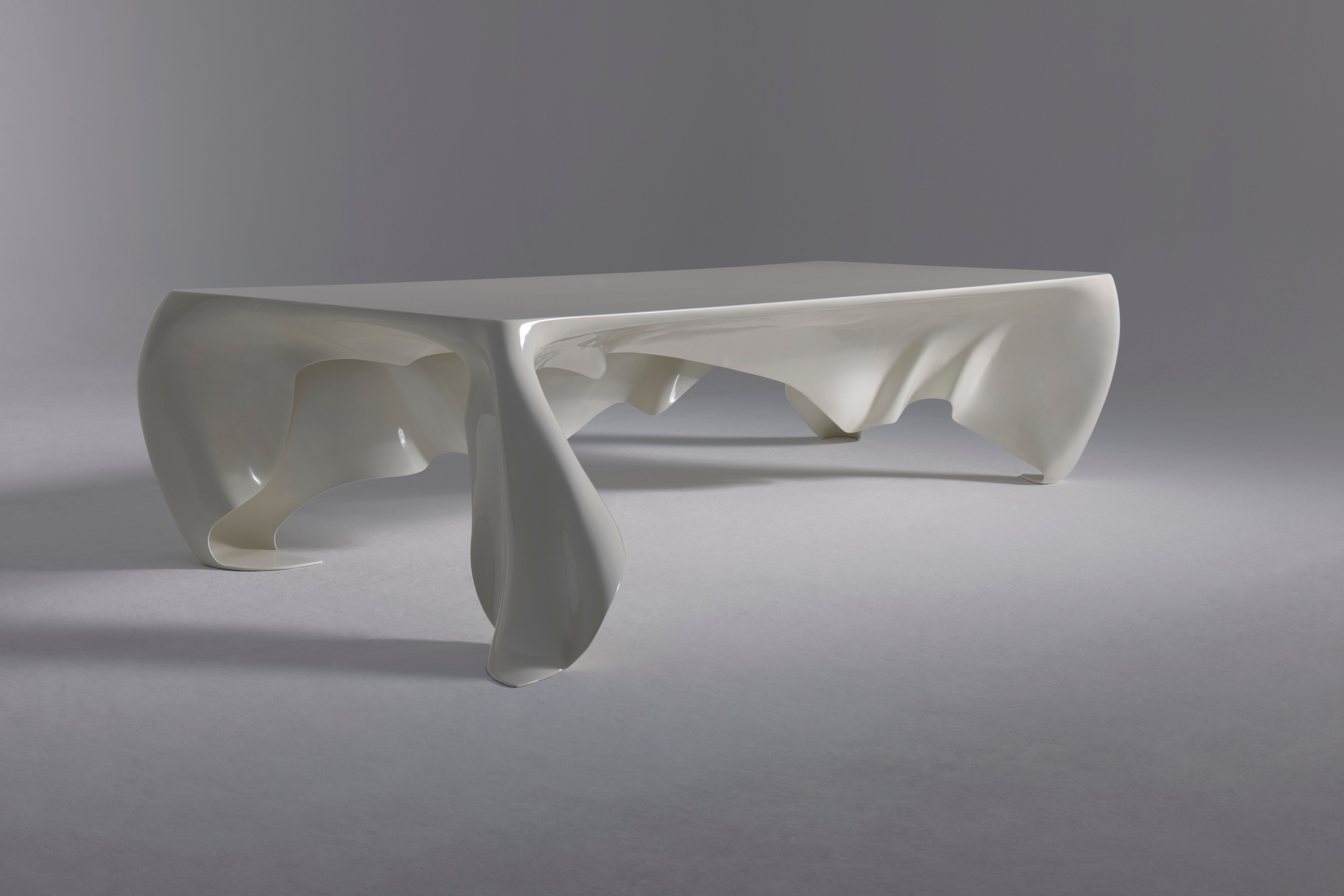 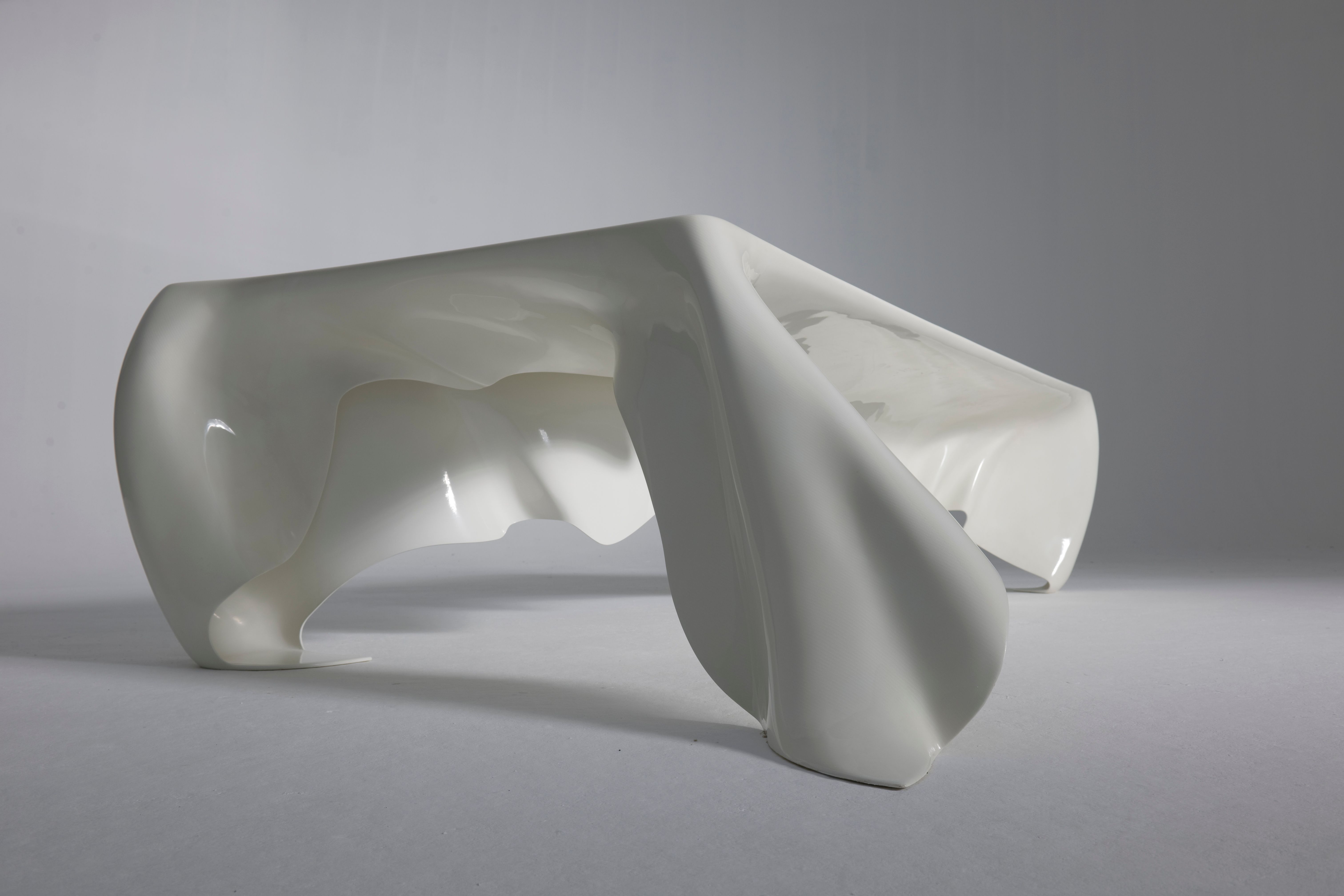 A table is always a special place. We spend many of our most important moments at or around it. We take care of basic needs such as satisfying our hunger and quenching our thirst, but also enjoy sublime experiences of fine dining and good wine. We make important decisions, we invent the future and celebrate being in the moment.

The essence, the really important aspect of a table, is that it brings us together. This is why the table has a special place in our home, and in our lives. In our design for the Phantom Table, we were interested in creating a table that embodies those collectively creative moments.

In 1955, when the most famous dress in the history of film reversed gravity with the aid of a floor ventilator, it simultaneously exposed the beautiful legs of Marilyn Monroe. The lightness, playfulness and humour of this sensual moment has since become an iconic image of the twentieth century, marking an important milestone in the gradual flow of life. We seek such magical moments in our work because they reaffirm our sense of being and what we are living for: it might be unrestrained laughter that frees us of conventions, or the birth of an idea that goes on to save the world. Talking, eating and drinking at the table shuts out the crazy world for a few magical moments spent together.

The Phantom Table designed by GRAFT captures a similar moment. As the table cloth starts to sway, seemingly gathering momentum with the energy of the beseated until it feels about to take off, it reveals… that there is no table beneath it. As if it had never existed. A phantom. A moment of movement that leads to revelation: not the table is important, but rather the people sitting around it! 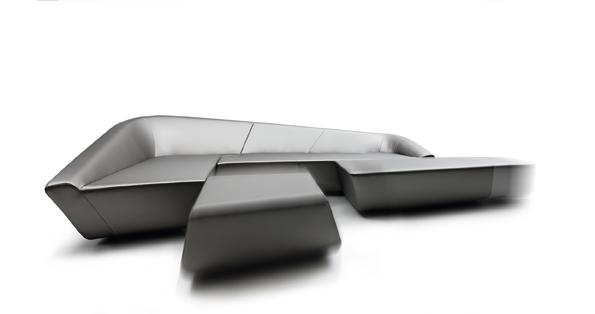 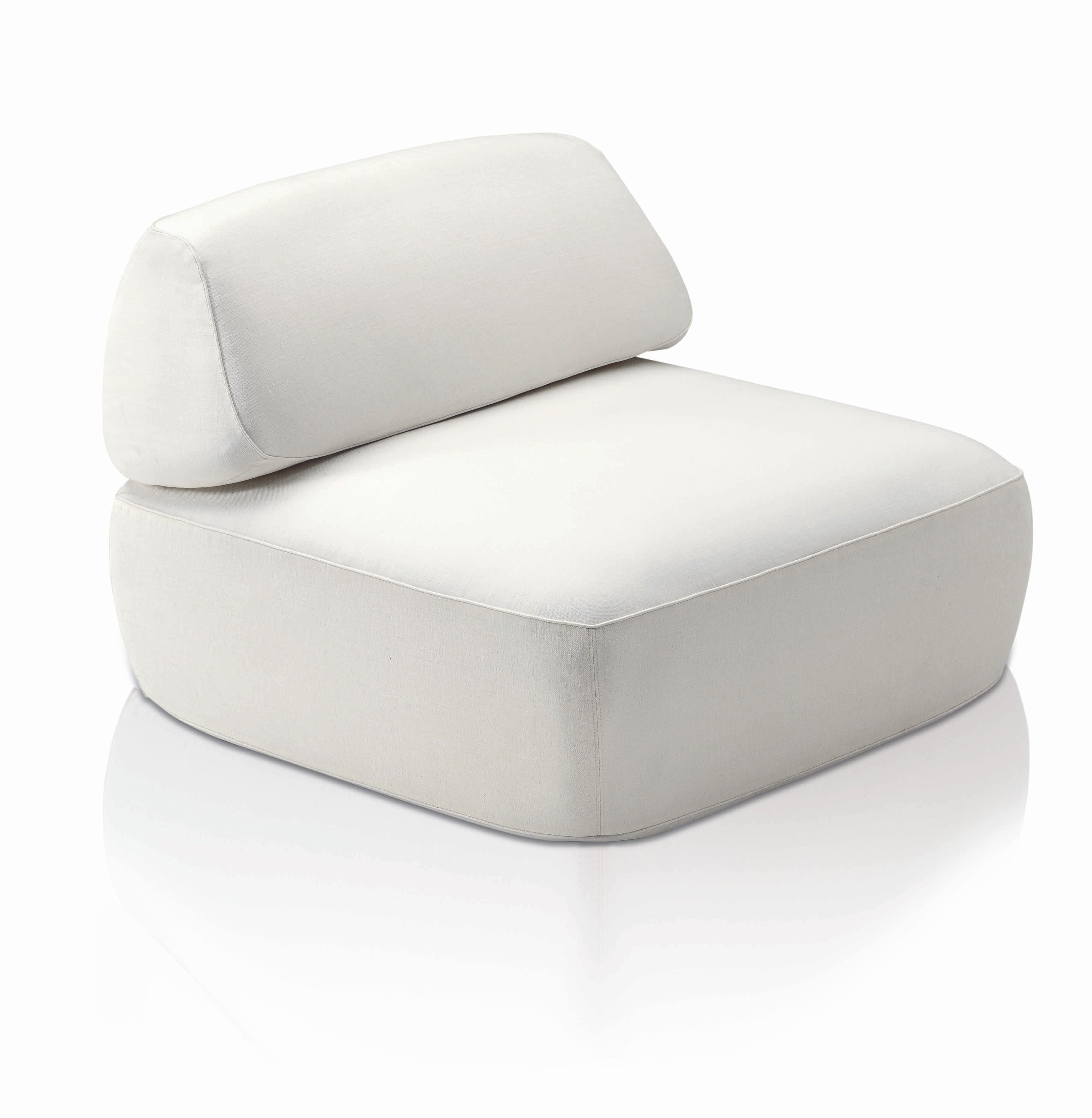 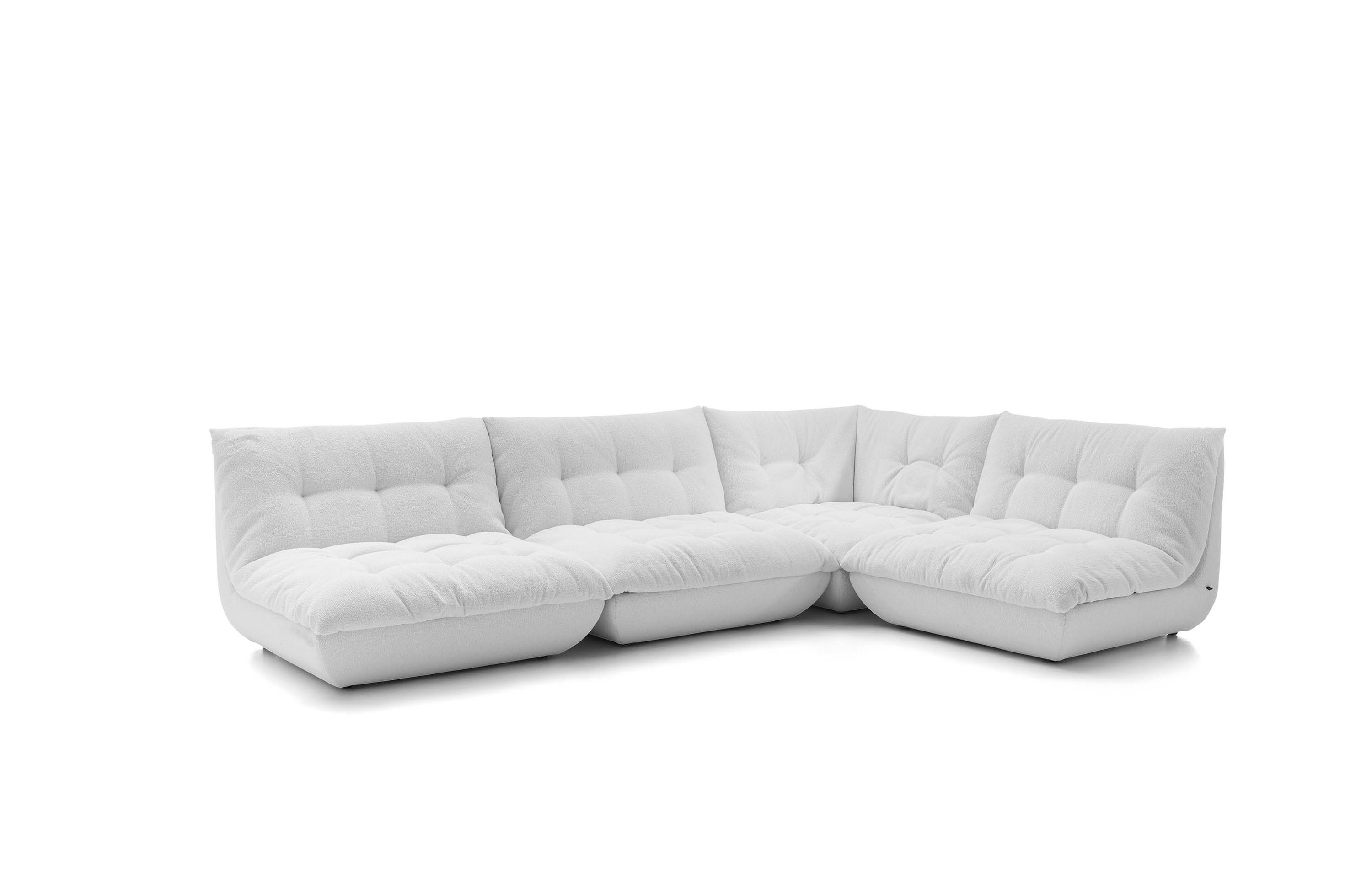 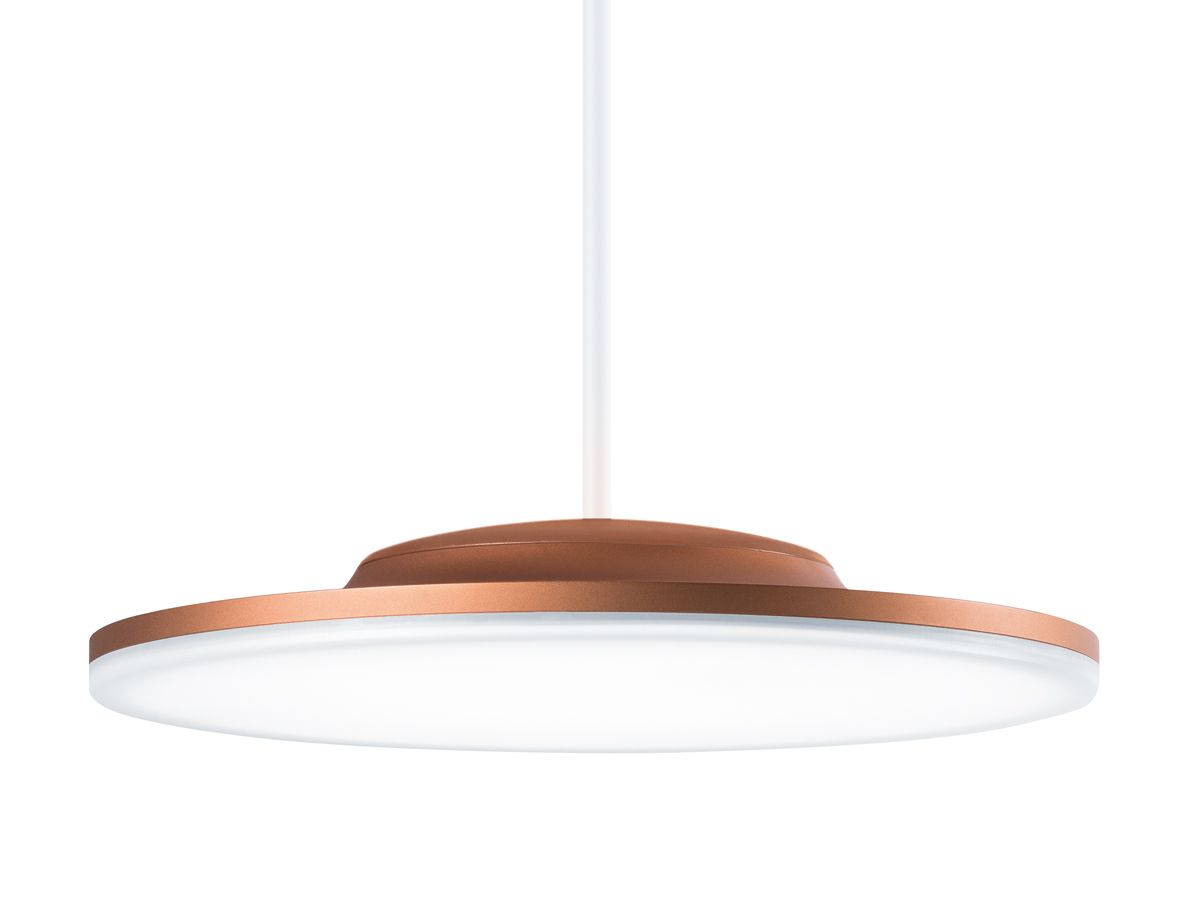