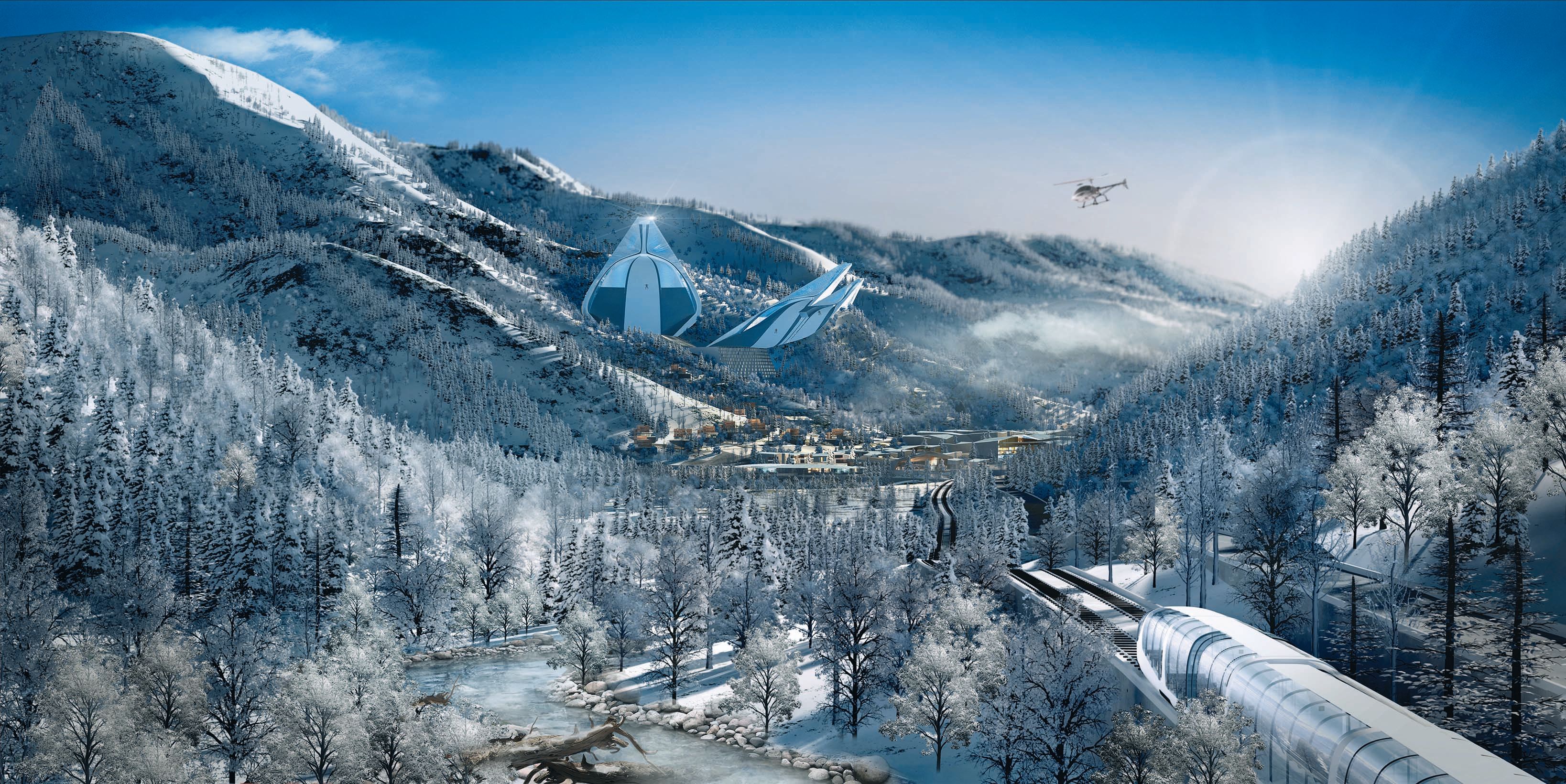 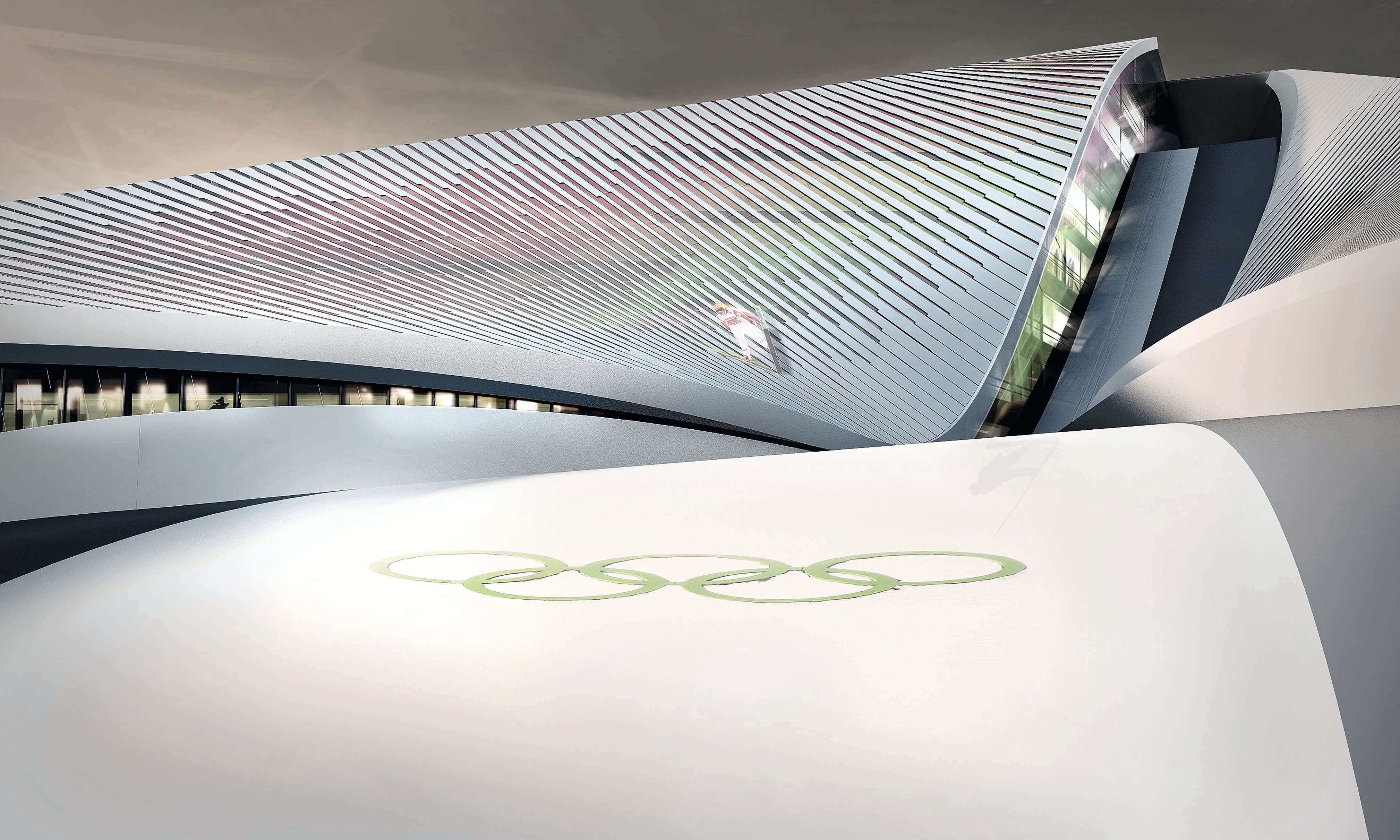 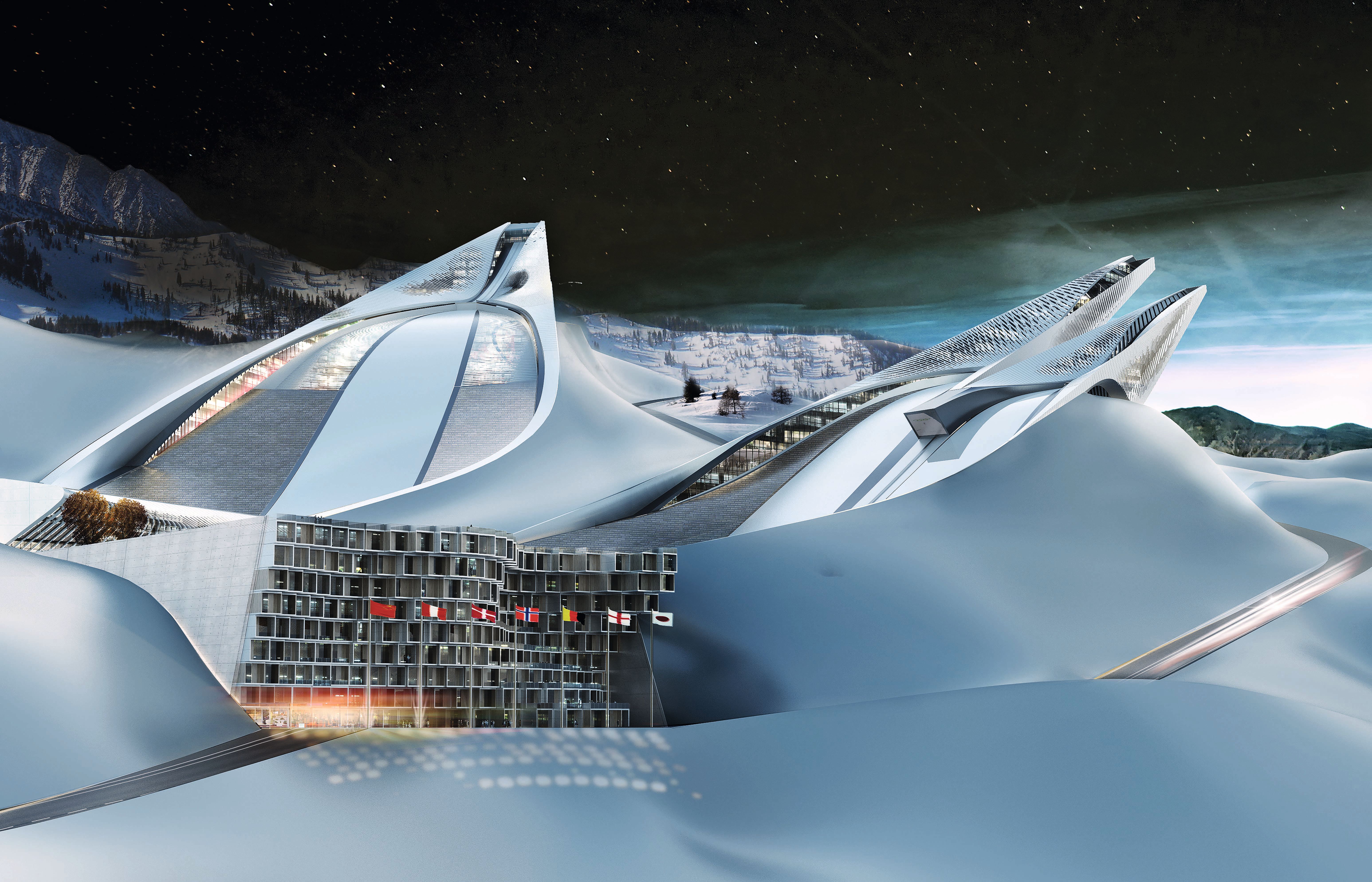 After two decades of infrastructural and urban development, China is now also expanding rapidly in the tourism sector. To promote faster growth, the Chinese government declared several “tourism formation zones”. One of these is the area around the spectacular Changbai volcano in the province Jilin, adjoining the border to North Korea. The region is dominated by vast forests that extend as far as Siberia. The permafrost between November and April makes the area a potential tourist mecca for winter sports. 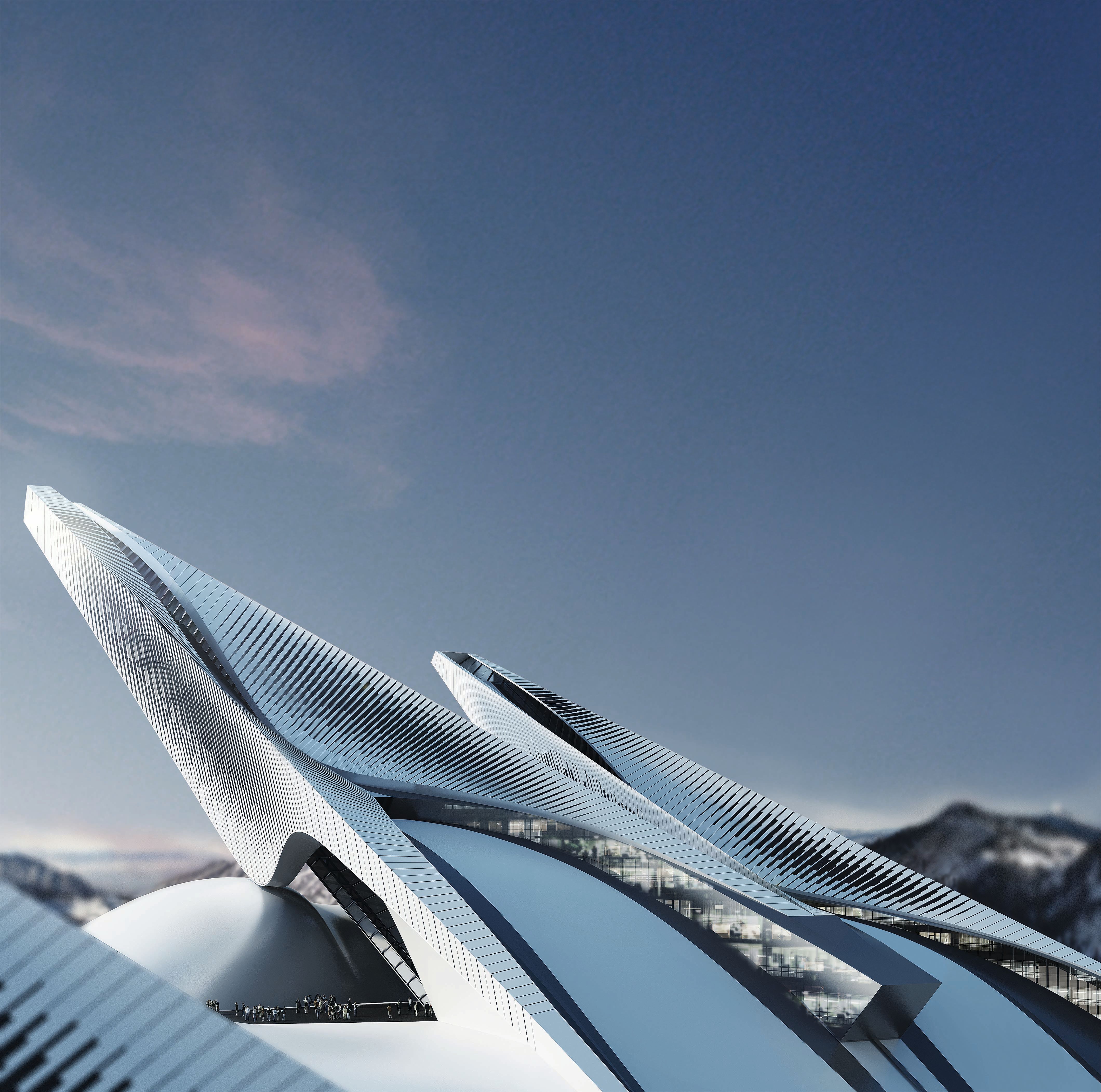 GRAFT was asked to design and plan the “Changbai Mountain Slopes”. The entire project extends to six million m² at three different locations. In the valley of “Manjiang”, GRAFT planned an amusement park, show theatre, exhibition space, thermal baths that exploit the natural hot fountains, a village with numerous boutiques, restaurants and cafés as well as 3000 guestrooms in hotels and mansions. “Hengsahn” is an area of rolling hills where a larger village and several resort hotels are planned, with aspecial focus on preventive medicine and cultural lifestyles. And finally, in “Wangtiane”, a skiing region is being planned that will be the largest of its kind in Asia.

The regional design plan envisages a series of locations with distinct, individual architectural characters that complement one another. A new rail connection connects the different business and entertainment locations, networking the locations with a hi-speed link. A total of three ski jumps are planned – two of Olympic dimensions, and a third flying hill for extremely long jumps – and will be the future emblem of Wangtiane. 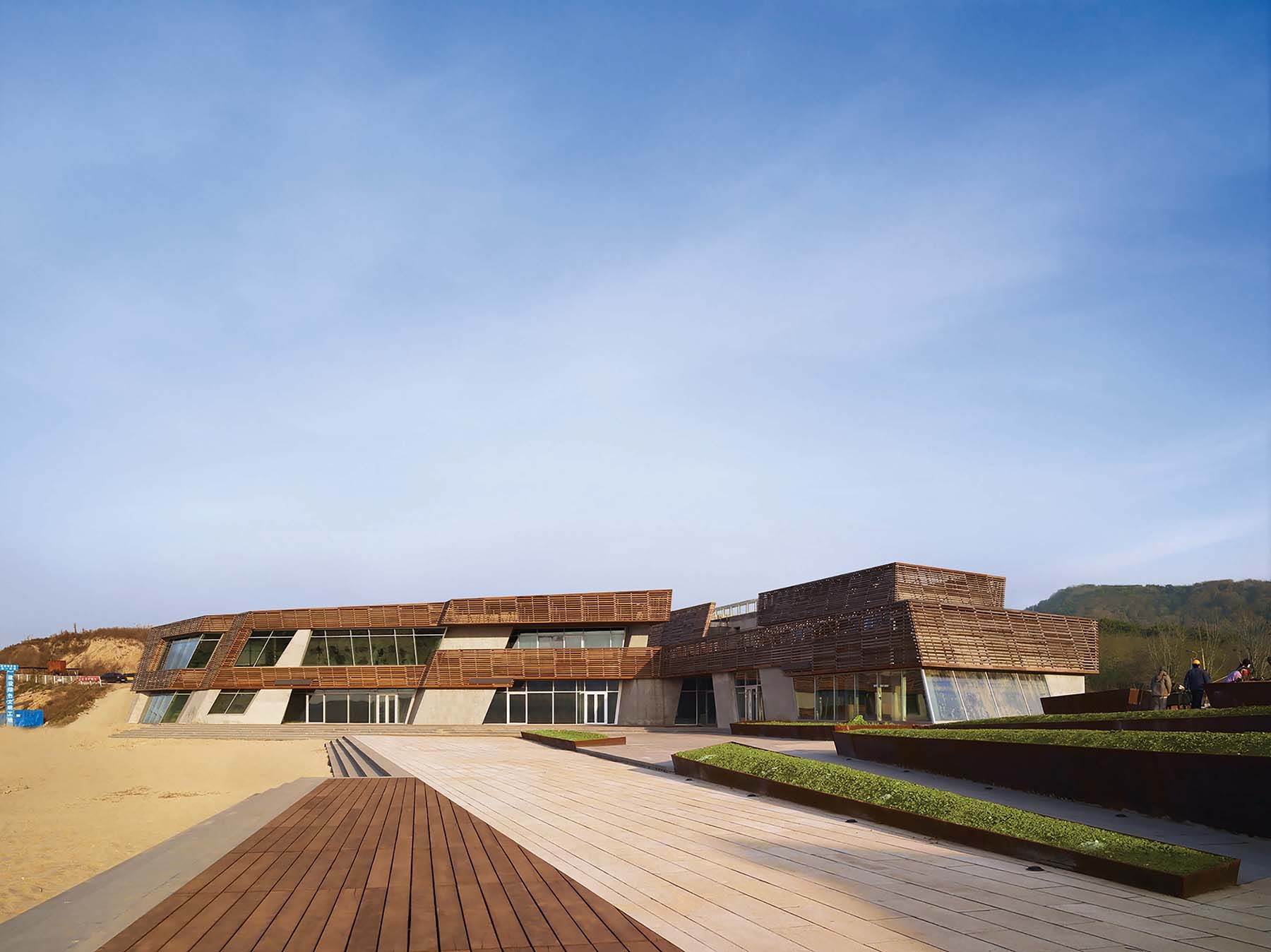 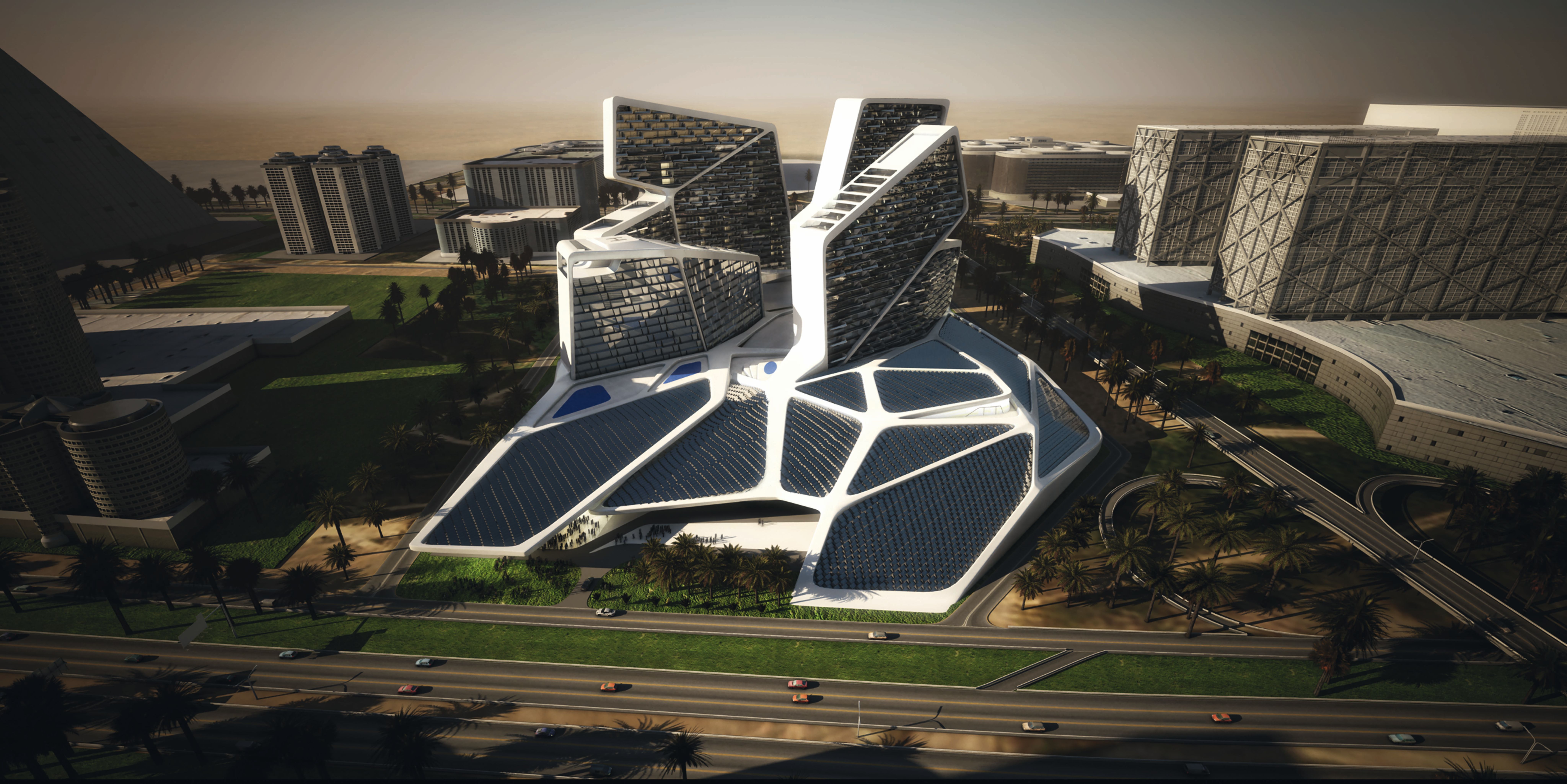 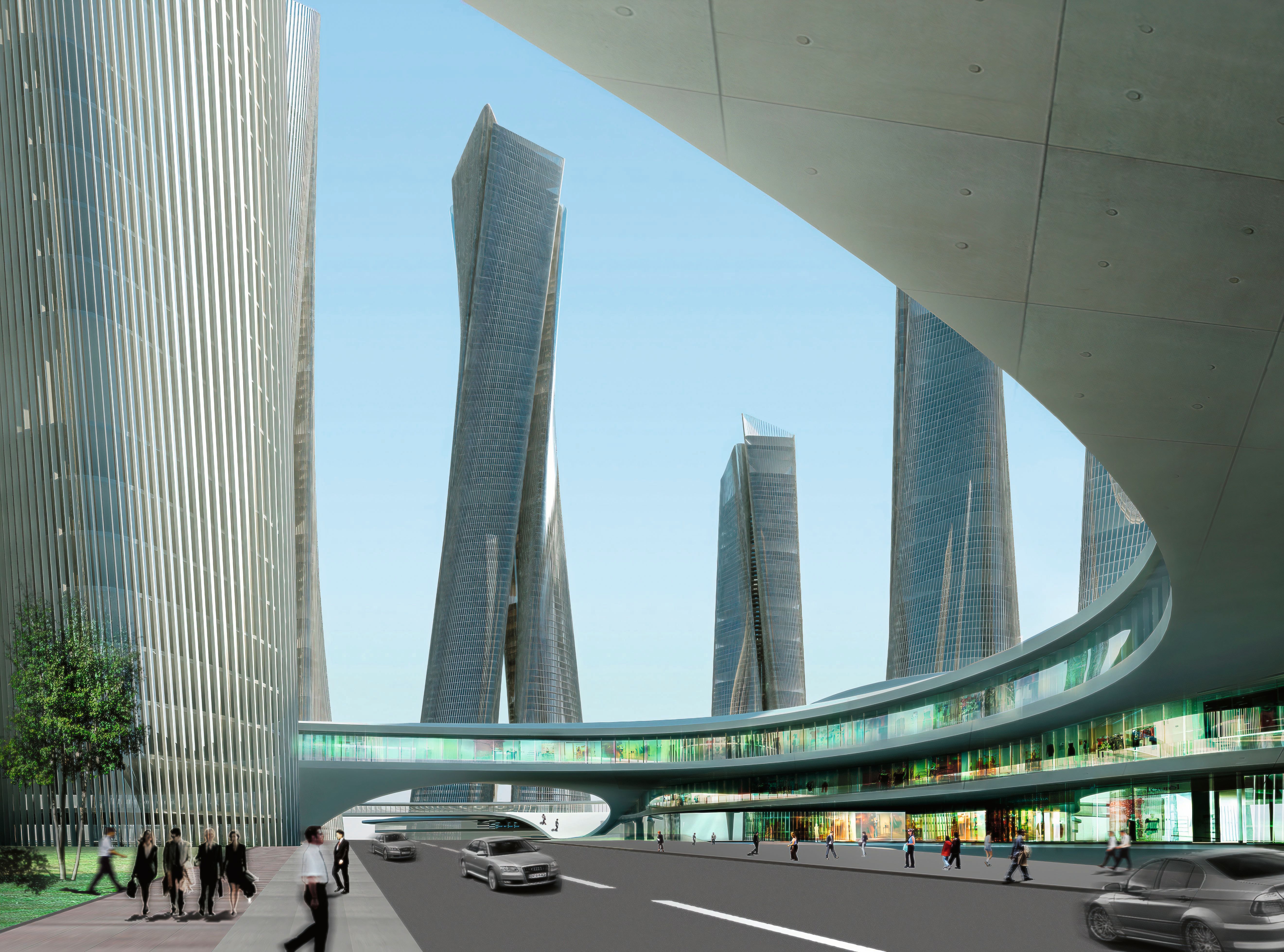