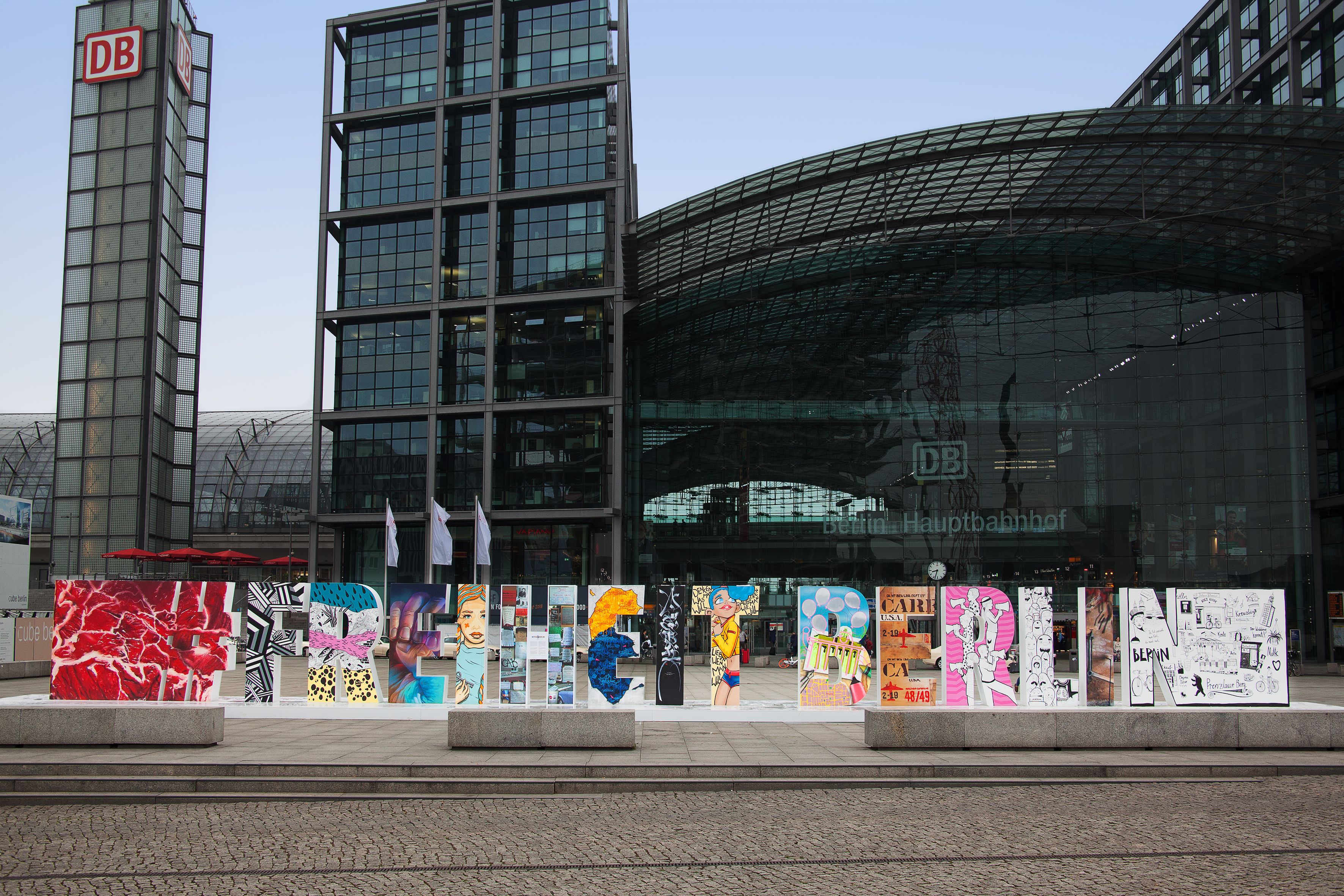 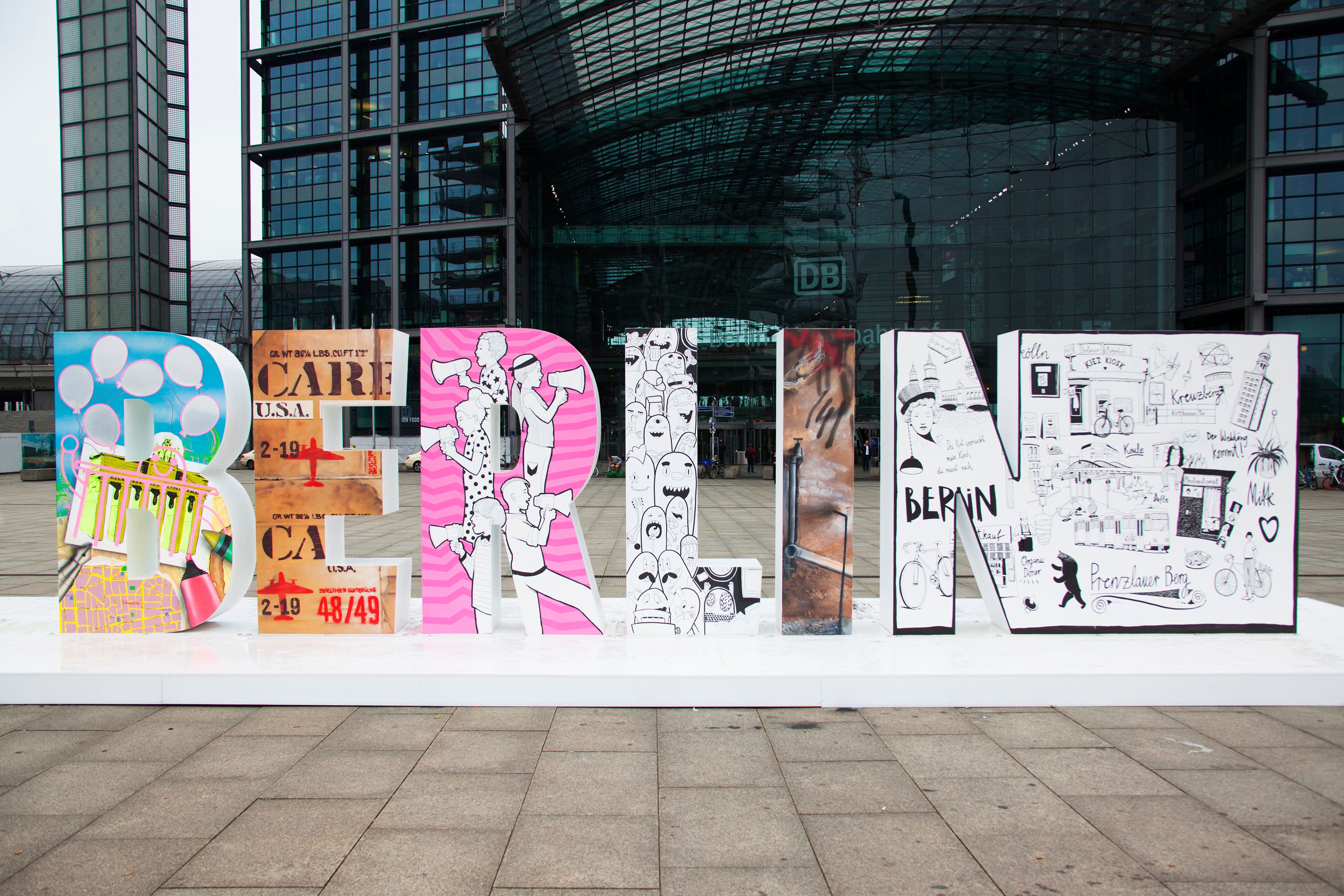 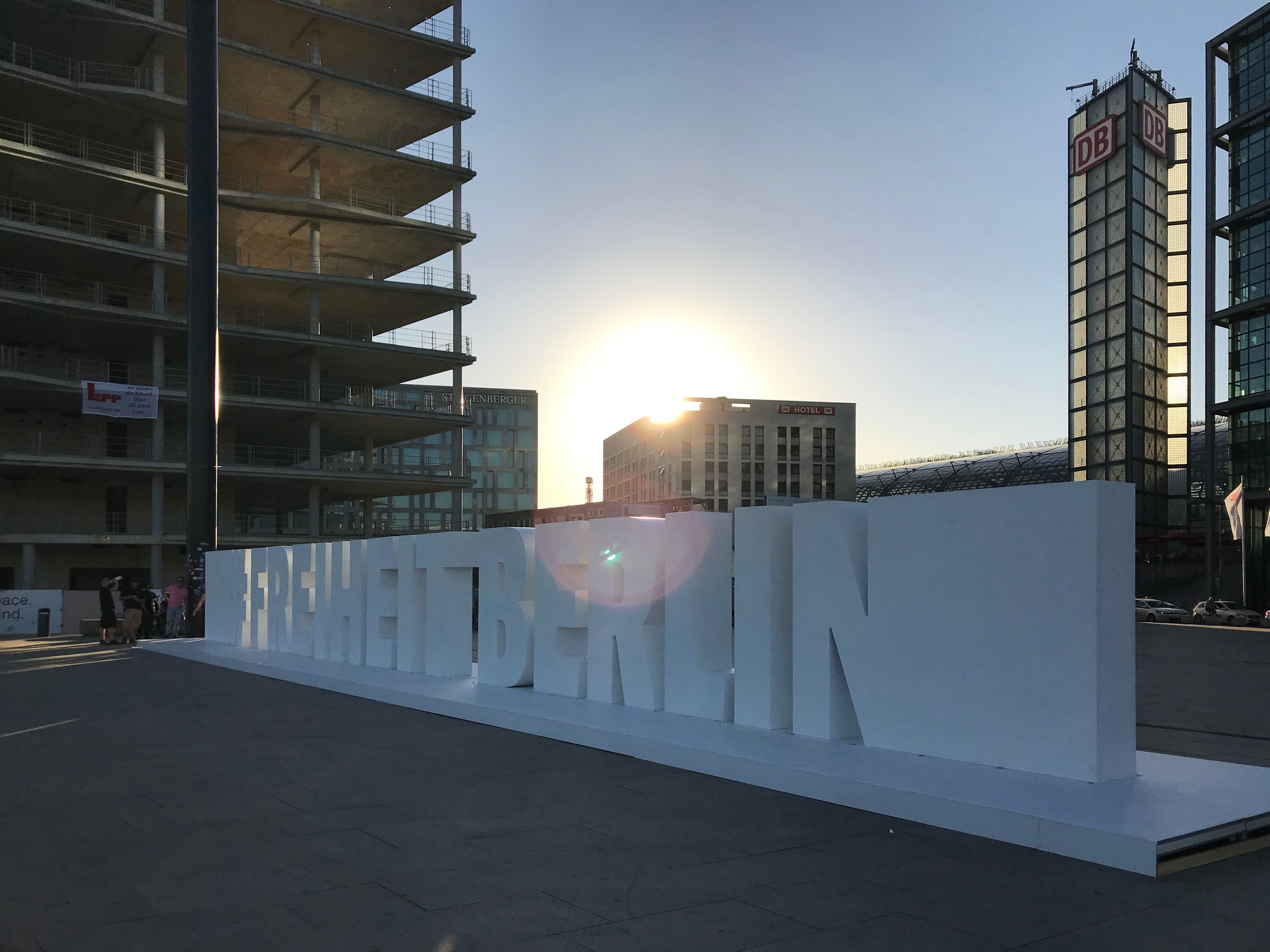 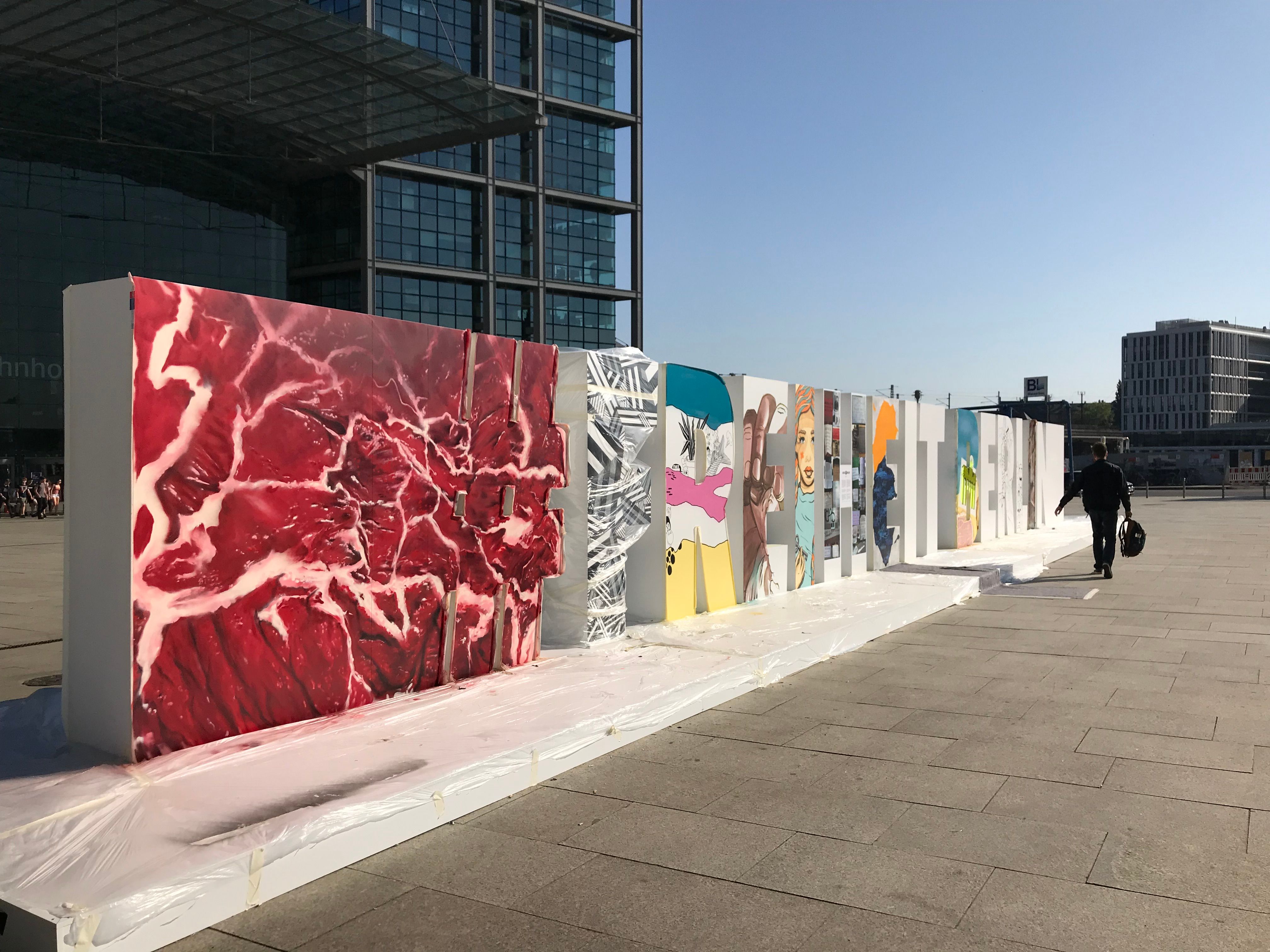 In May 2018, a new monument championing Berlin’s spirit of freedom stands in front of the entrance to Berlin Central Station facing Washingtonplatz. 25 metres long and 2.5 metres tall, the monument takes the form of the “be Berlin” campaign hashtag #FREIHEITBERLIN (FREEDOMBERLIN) in huge letters.

Michael Müller, Mayor of Berlin, together with Berlin Partner and local artists called on the citizens of Berlin to participate and design a piece of freedom: “Berlin lives and loves freedom. As citizens of this beautiful city, we will never forget that peace and freedom are not self-evident. With this project, the capital city underlines its commitment to freedom, placing a creative landmark to cosmopolitan openness and tolerance for all to see. The monument marks the occasion of the 28th anniversary of Berlin’s reunification after the fall of the wall that divided our city for 28 years.”

For GRAFT’s founding partners, Lars Krückeberg, Wolfram Putz and Thomas Willemeit, the project “Denk Mal an Freiheit” responds to the essence of Berlin: “Berlin is a city that was and still is rebellious, a city that is always searching. Its art and the courage it shows in crossing boundaries and breaking down walls is part of the city’s character – and also its greatest potential for the future. The #FreiheitBerlin project expresses that spirit perfectly.”

For the first part of the project – #FREIHEIT – Berlin Art Bang, the collective behind the renowned “THE HAUS” project, went in search of creative partners. “As soon as the team at Berlin Partner told us about the project, we knew we had to be part of it. Berlin is our city and we support everyone who stands up for freedom, art, and tolerance,” recall Marco Bollenbach, Jörn Reiners and Kimo von Rekowski from the art collective Die Dixons.

For the remaining six letters – BERLIN – everyone was invited to submit a design. There was only one condition: the design had to work on any of the six letters, and it had to visualize the spirit of freedom. 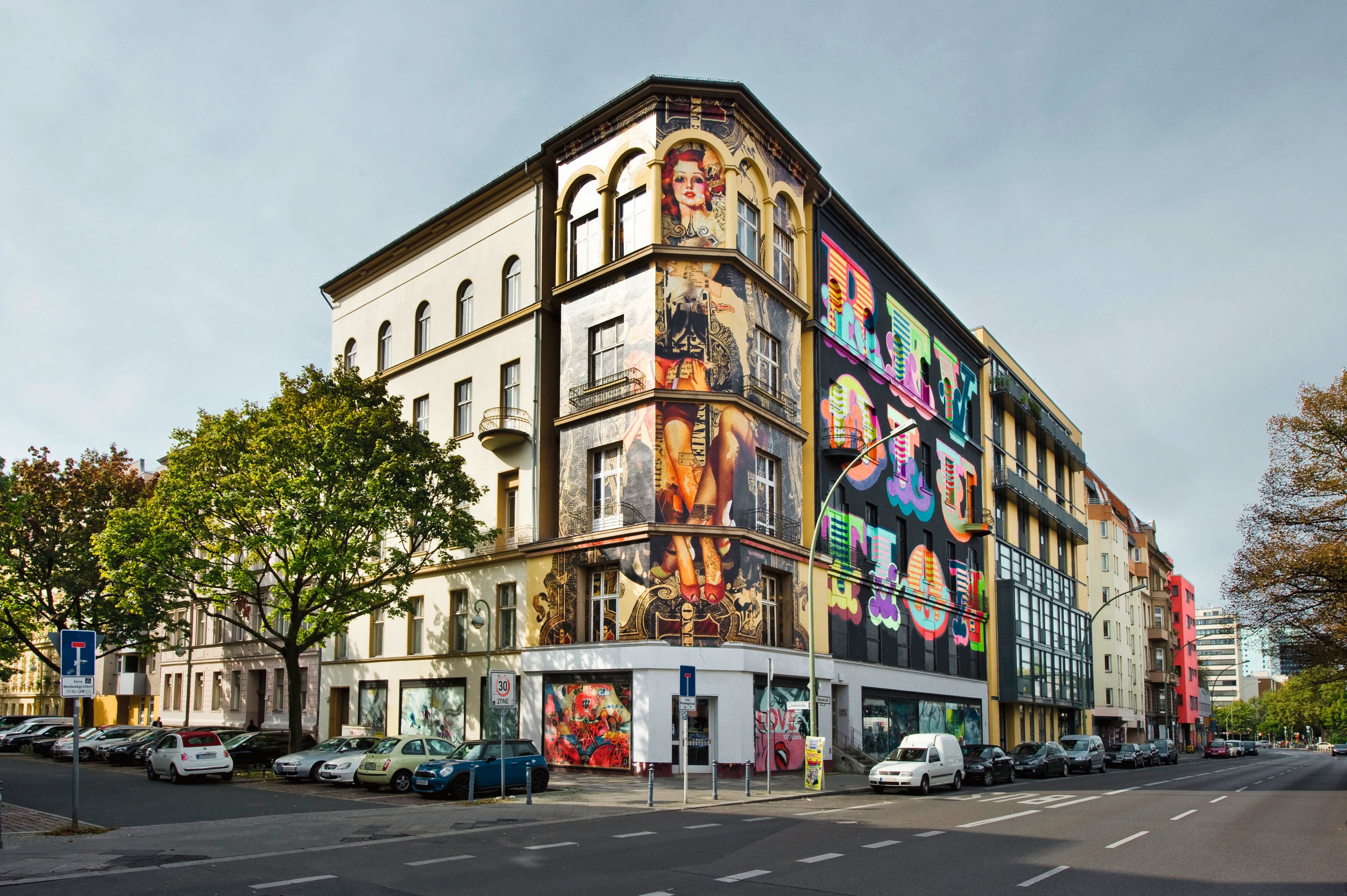