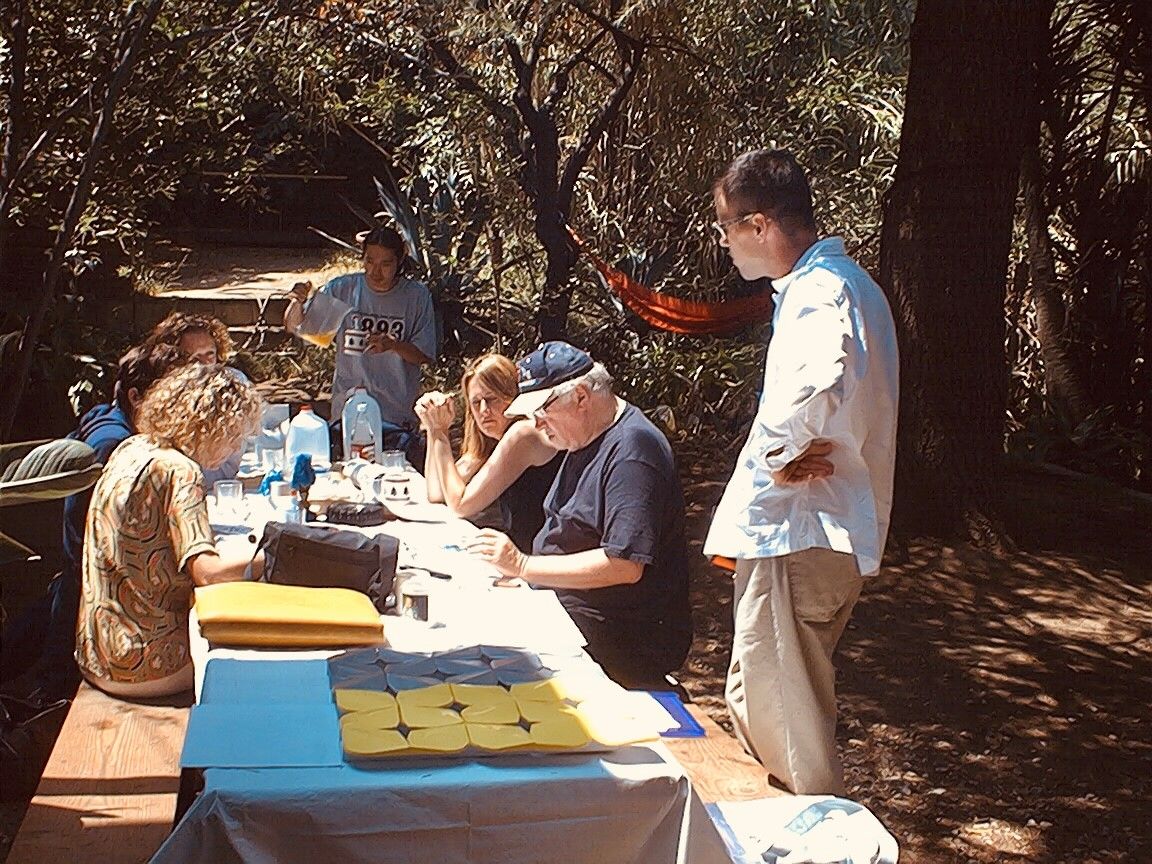 TASTE IS THE LACK OF APPETITE

In the spring of 1997, our SCI-Arc professor Chris Aykanian took us to a second-tier casino at the California–Nevada border for some real Umberto Eco-style Travels in Hyperreality. In the dimly lit rooms of “Whiskey Pete’s” we hung out with Jean Baudrillard and the LA intelligentsia on cheap drinks, TV poker, bad English, and more high-flying conversations than our freshly imported German brains could handle.

One night we escaped to Las Vegas following Chris’s mysterious announcement of “one last lecture.” Entering the sports bar at the off-strip Hilton, we experienced Dave Hickey for the first time. Wearing a NASCAR jacket and cap, chain-smoking, and navigating the largest Starbucks cup imaginable, Dave gave the wisest, funniest, and sincerest talk on art and culture – and essentially life – that we had ever heard. In an eye-opening tour de force, he elaborated on the differences between living in a democracy and living in a republic.

He made a lasting impression on us. So, when the time came to choose a thesis advisor for the final assignment of our master’s program, I marched into the director’s office and made the case to have Dave accepted as my external advisor. Traveling back and forth between LA and Vegas became the rhythm of that final semester, which culminated in a wonderful shouting match between Dave and Eric Owen Moss at the final review: “Let me go to my car and get something out of the trunk for you....”

This might have been the last time we spent time together had Dave not called us up just a year later, shortly after we had opened the first GRAFT office in the living room of our Mar Vista apartment. He had been hired to curate the 2001 biennial at SITE Santa Fe and was looking for an exhibition designer who “didn’t just want to win the Pritzker Prize in pointy shoes.” So off we went on our next adventure with this remarkable and provocative mentor, someone we admired and who, for us, was the most complex, democratic, and freewheeling American we had ever met. And though he was light-years ahead of us, Dave wasn’t a father figure – he didn’t do parenting and he always expected you to stand up for yourself. But for some reason he liked us, those “funny Germans seeking the sun.”

The exhibition “Beau Monde: Towards a Redeemed Cosmopolitanism” thrust us out of the white cube and into the wider realm of the art world and art-making that Dave was interested in. He commissioned world-famous artists like Ellsworth Kelly, Bridget Riley, and Takashi Murakami, only to interweave them with newcomers like Gajin Fujita, Jim Isermann, … and us, as architects, designing the show. We created a language that would bind his vision of contemporary beauty into a coherent environment beyond the white cube – something he called “mannered modernism.” In the two months we spent on site, we witnessed a continuous live version of “air guitar” performed by a lyrical virtuoso. We couldn’t believe there was actually someone who had the ability to constantly connect things, such as pop culture and Palladio or the blue-collar and the white-collar, and we still don’t know if his nervous breakdowns a week before the opening were part of the performance.

Dave was able to tap into the ambiguities and conflicting truths of life. He had a way of seeing humor in these assumed absurdities, one that made us laugh yet helped us to understand – and beyond that revealed a deeper sense of real beauty.

More on Dave Hickey over at LA Times: https://lat.ms/30Xmviq