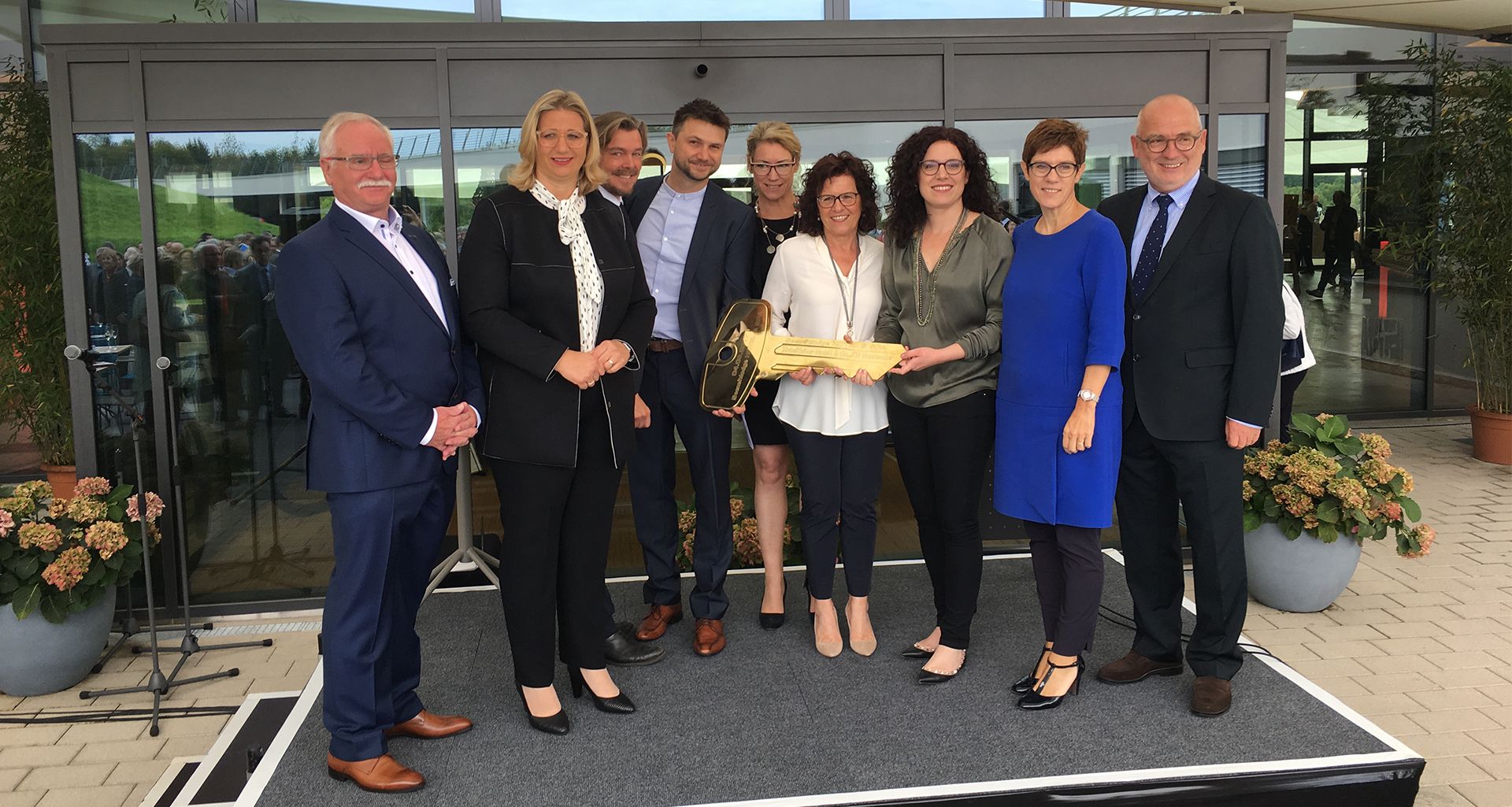 On September 4, 2017, the official opening of the Seezeitlodge Hotel & Spa on the Bostalsee in Saarland, Germany took place. 250 guests were invited to attend the symbolic key handover and the opening speeches by Saarland's Minister President Annegret Kramp-Karrenbauer and the Minister of Economic Affairs, Anke Rehlinger. GRAFT Founding partner Lars Krückeberg explained the design concept of the new building in a short speech.

The Hotel occupies an advantageous position in its natural surroundings, overlooking a serene lake from a wooded promontory. It communicates between the exceptional natural atmospheres of the property. GRAFT’s design aims to build on and enrich the character of the location.

Together with the hosts Kathrin and Christian Sersch a hotel with innovative capacity and love for the detail has been created, which thrills wellness guests as much as athletes, epicures and culture- and nature lovers.

The four-star hotel has been welcoming guests and spa visitors since July 2017. For more information about the Seezeitlodge Spa & Hotel visit www.seezeitlodge-bostalsee.de