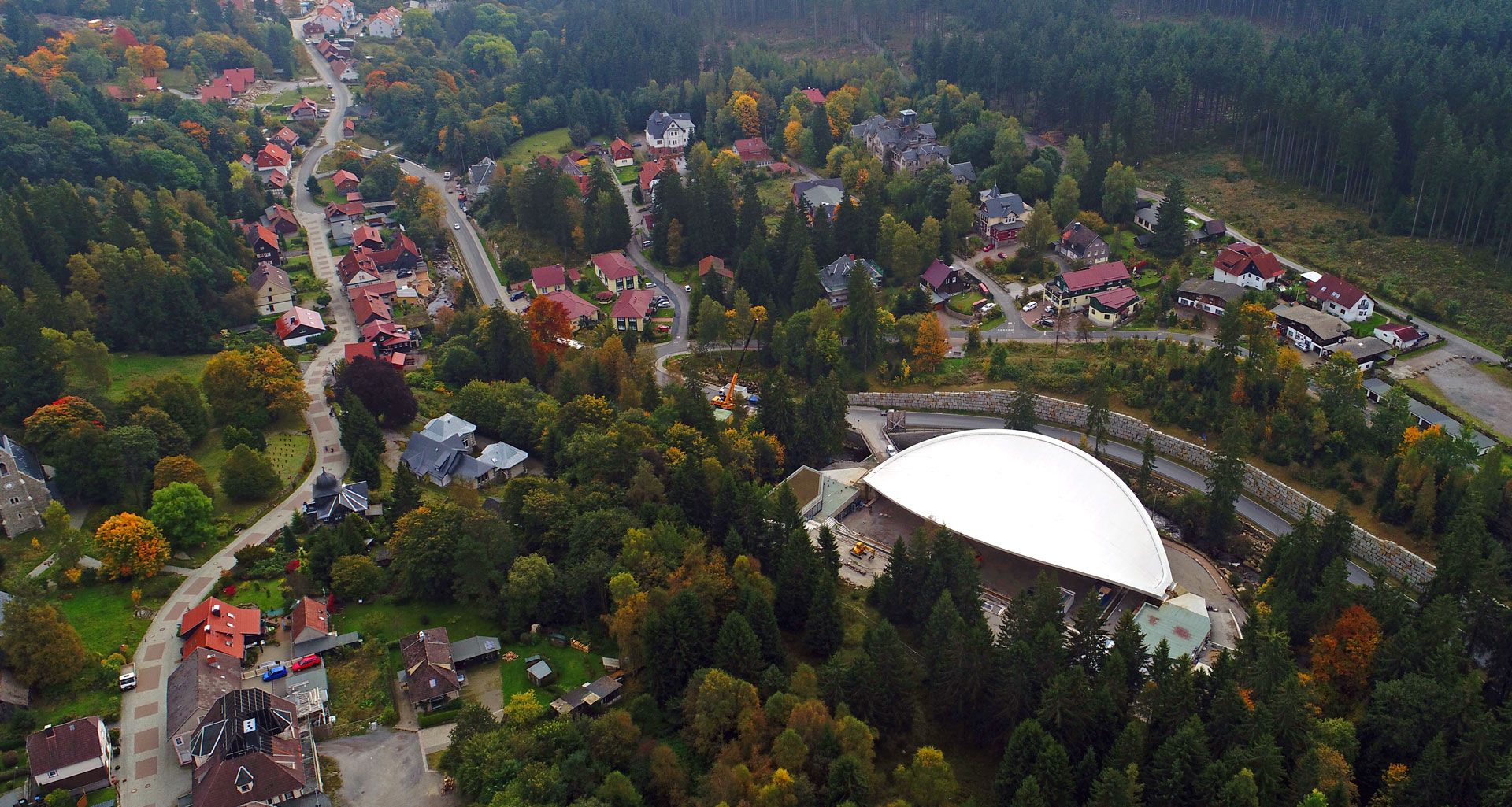 After 18 months of construction time the Feuerstein Arena at the foot of the Harz Mountains in Schierke will officially open on Friday December 15th and be open to the public from December 16th.

In 2013, GRAFT won the European architecture tendering for the reactivation of the former natural ice stadium and convinced the jury with their unique roof construction, developed in collaboration with schlaich bergermann partner.

The roof structure of 2,700 square meters is anchored in just two points, positioning itself with natural lightness and elegance. The historic stadium area has been transformed into a multifunctional arena becoming a touristic attraction for the area and is available leisure activities in winter time as well as during the summer months. Two new buildings on the eastern and western side of the stadium host the gastronomic offer and further functional spaces.

The opening begins with a warm welcome by the mayor of Wernigerode Peter Graffert and carries on with three short welcoming speeches of the Minister for Regional Development and Transport in the state of Saxony-Anhalt Thomas Webel, the Minister for Economy, Science and Digitalization in the state of Saxony-Anhalt Prof. Dr. Armin Willingmann as well as of GRAFT founding partner Lars Krückeberg.

The celebrations begin at 3 pm with a light art project followed by some public events like an ice hockey penalty-shot-series, an ice dancing show and an ice disco in the evening.