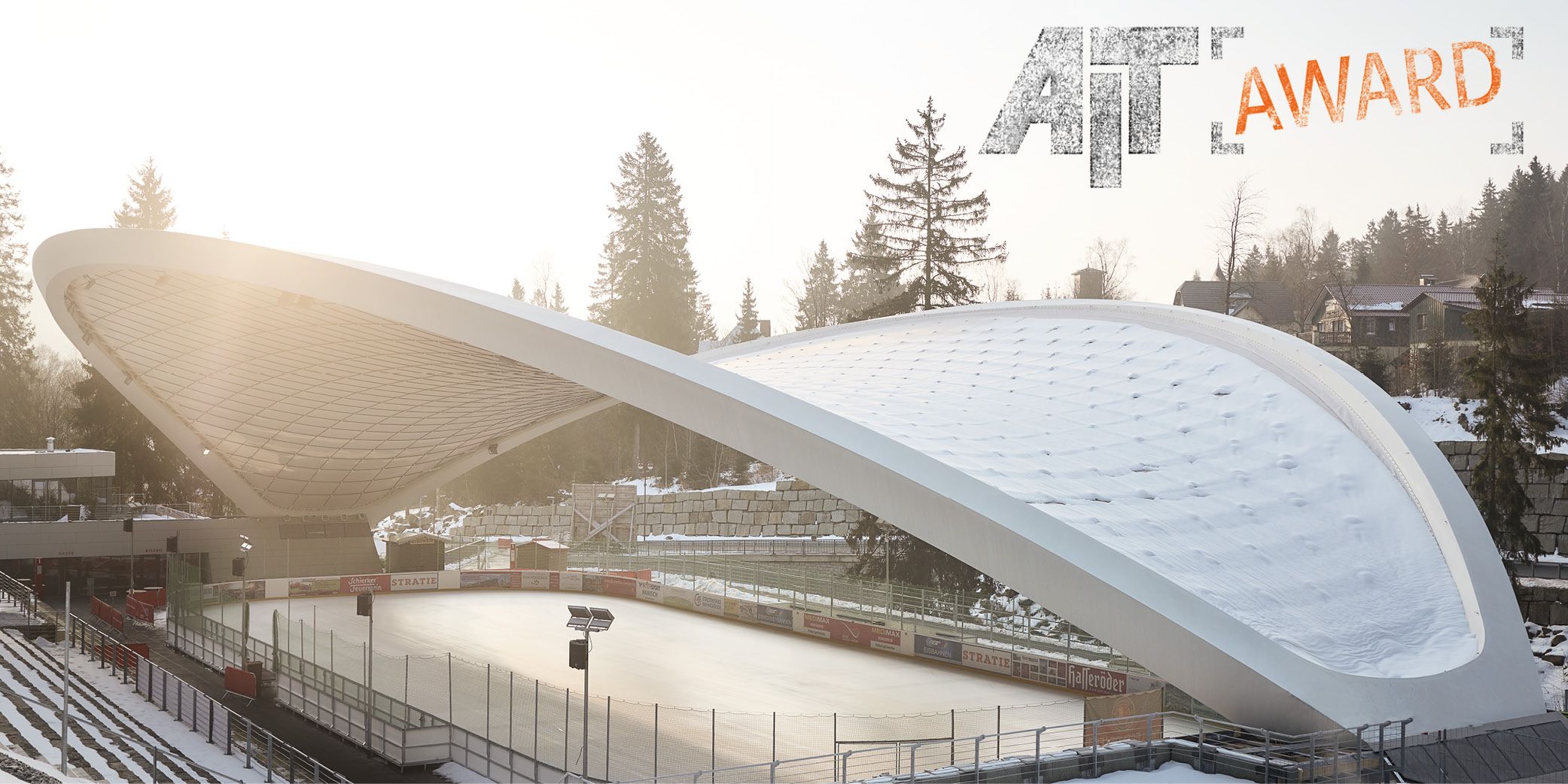 We’re delighted to announce that our project Ice Stadium Schierke Feuerstein Arena was nominated for the AIT Award in the category Sports and Leisure.

A total of 943 projects were registered. After a preliminary check for completeness, 877 competition entries from 47 countries were admitted to the AIT Award 2020 l Best in Interior and Architecture.

In autumn 2019, architects, interior designers and designers worldwide were invited to submit implemented projects for the AIT Award 2020 l Best in Interior and Architecture. The competition, which was launched in 2012, immediately became one of the largest competitions for architecture and interior design worldwide with entries from 47 countries. As in previous years, the AIT Award 2020 l Best in Interior and Architecture combines interior design and architecture in one prize and focuses on the world’s architectural centres (Europe, North America, Middle East and Far East). This year’s AIT Award is divided into 14 different categories. All types of architectural projects and interiors completed after 30 June 2017 were eligible for submission. An internationally renowned jury consisting of architects and interior designers awards one first prize per category as well as 2nd and 3rd prizes and special mentions.